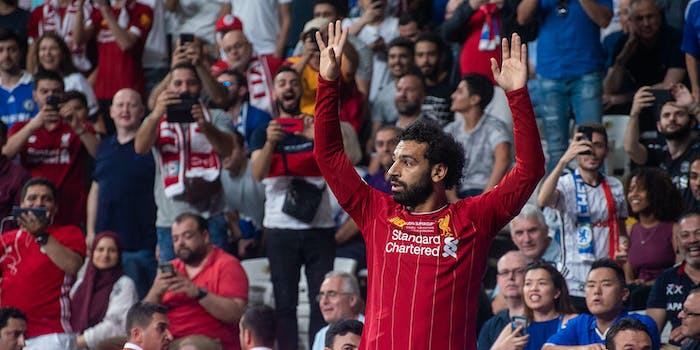 How to stream Liverpool vs. Aston Villa

Liverpool's still on pace for 112 points.

Liverpool got back to winning ways last weekend against Spurs, resuming its attempted wire-to-wire run at the Premier League title. With a torrid pace of 112 points still a possibility, the Reds head to Birmingham this week to remind Aston Villa fans their beloved team is back in the Premier League.

Here’s everything you need to know to live stream Liverpool vs. Aston Villa, including what to watch for on the pitch.

Liverpool (recent form: WWWDW) weathered a first-minute goal from Harry Kane in last Sunday’s marquee matchup, with a Mo Salah penalty conversion making the difference in Liverpool’s 2-1 victory over Spurs. Liverpool then won a thrilling Carabao Cup knockout match over Arsenal on Wednesday. Divock Origi scored a stoppage-time equalizer to knot it up 5-5, and then young Curtis Jones put the deciding PK away to advance the Reds. Once Liverpool’s past this, it’s on to hosting City for a crucial Premier League match.