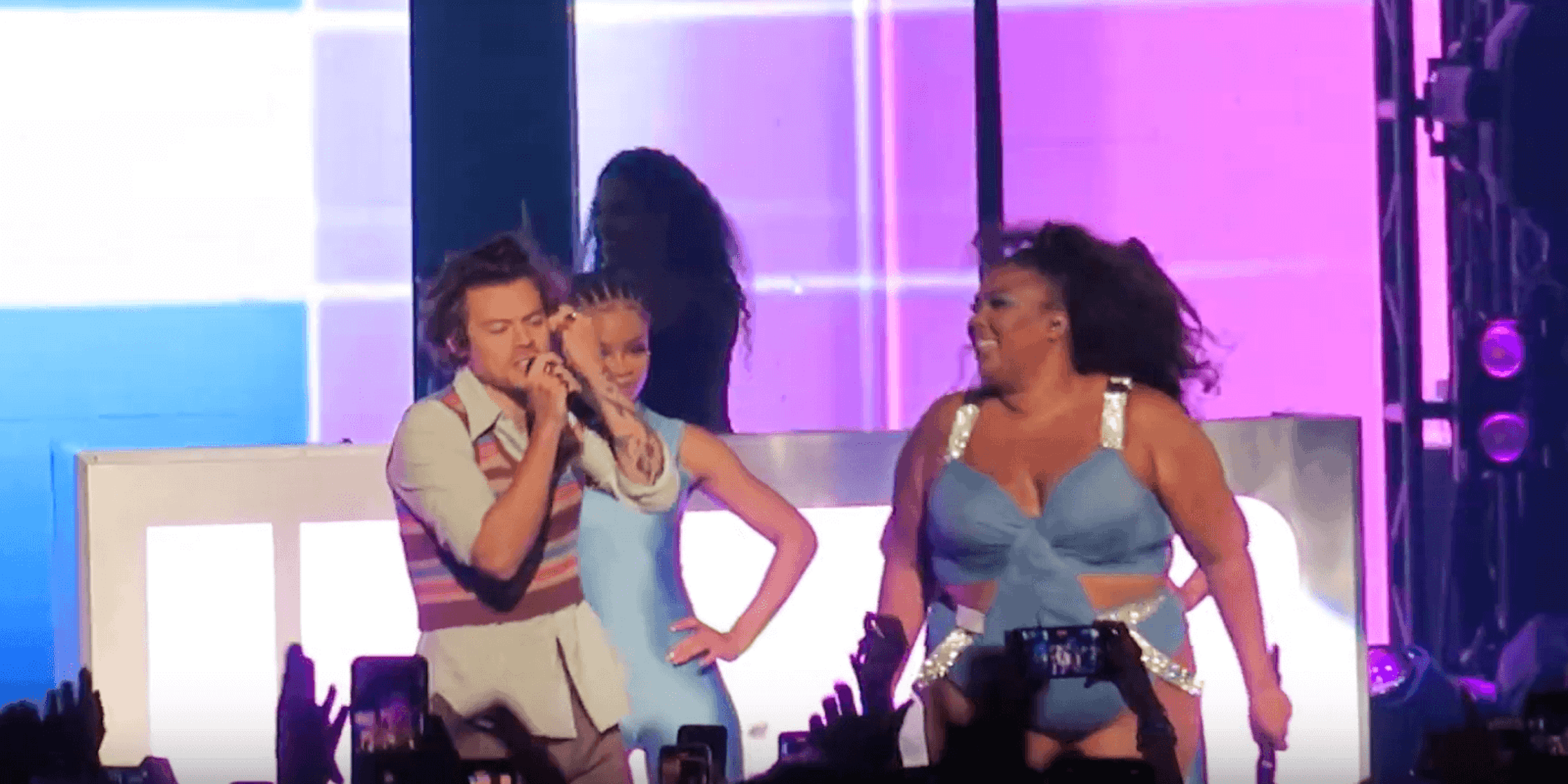 Fans are eating it up.

At a pre-Super Bowl shindig on Thursday, Lizzo brought out Harry Styles during her electrifying performance at SiriusXM and Pandora’s concert series event in Miami Beach. The pair performed a bouncy rendition of her single “Juice,” which included Styles joining in on the choreography.

Fans online loved the performance so much, apparently, that it became a top Google search trend on Friday morning in the United States.

Long a fan of the “Truth Hurts” singer, Styles has been covering “Juice” in concerts. In December, Styles covered the track as part of his BBC Radio 1’s Live Lounge session back in December.

During the accompanying interview, Style said: “I just think she’s amazing; she’s one of the most exciting artists working now for sure. She’s exactly what you want an artist to be, which is themselves.”