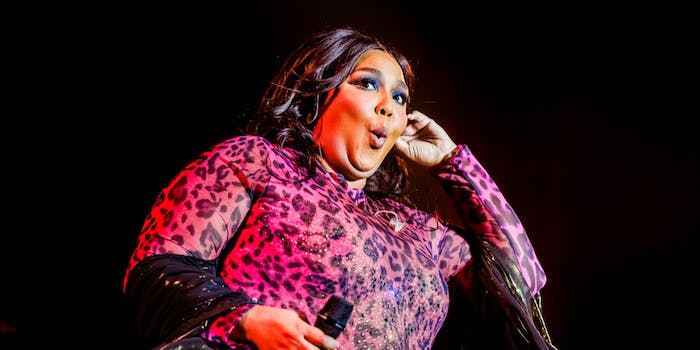 'People of Color can also appropriate each other's culture!'

Lizzo’s latest cover shoot for Rolling Stone gave fans much to gush over. But some critics say parts of the shoot outright appropriate Asian and Mexican culture.

The images, shot by photographer David LaChapelle, feature Lizzo in various settings: outside a 1920s-style speakeasy, on a busy street in front of a worn-down telephone booth, and in a dark room posed nude with her iconic flute.

Hmm. I love Lizzo but this is not a look. The Apsara female spirit comes from Hindu/Buddhist cultures in many Southeast Asian countries such as Cambodia, India, Malaysia, Indonesia, Thailand etc. pic.twitter.com/j9LVFRQGUY

Some pointed out that being a Black woman does not exempt Lizzo from cultural appropriation.

“People of Color can also appropriate each other’s culture!” Twitter user @itsjustatalk wrote. “It’s not just white folks who do it, they’re just the most common assailants.”

People of Color can also appropriate each other’s culture! It’s not just white folks who do it, they’re just the most common assailants.@lizzo I love and support you girl (as POC should do for one another) but this appropriation ain’t cute! pic.twitter.com/L5YRXvRmkp

Fans still praised the cover and photoshoot for its bright colors and its representation of Lizzo’s undeniable star power. Others saw the criticism as just another attempt to tear Lizzo down. Just recently, she announced she was taking a break from Twitter, saying the site has “too many trolls.”

According to the magazine, “LaChapelle’s colorful, eye-popping works pull from religious iconography, surrealism, and the apocalypse.” In an interview with the publication, LaChapelle said he relied on inspiration from artists such as Richard Bernstein, who was the cover artist for Andy Warhol’s Interview magazine. LaChapelle said his goal for the shoot was for every photo to look “album cover-worthy.”

“I just wanted her to look good and just make album cover art,” he said. “And she was down for that.”