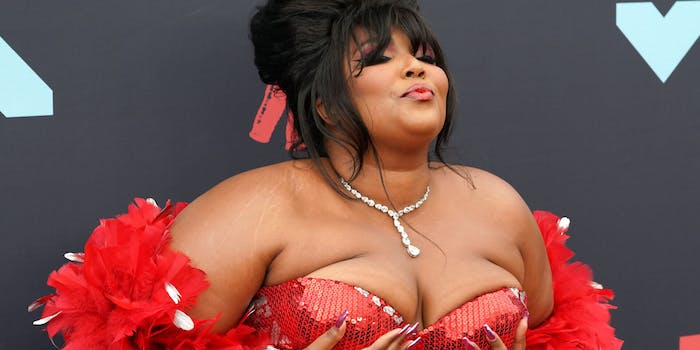 'I would hope we prioritize our health.'

After coming under fire for making body-shaming comments about Lizzo, Jillian Michaels issued a statement that doubles down on her concerns about possible “health consequences” of obesity.

Michaels—the 45-year-old personal trainer who formerly hosted NBC’s The Biggest Loser—went after Lizzo’s weight during an interview with BuzzFeed News’ AM to DM host Alex Berg on Wednesday. As Berg lauded Lizzo for her message of self-acceptance and launched into a statement about celebrating all body types, Michaels cut in.

“Why are we celebrating her body?” Michaels asked. “Why does it matter, that’s what I’m saying. Like, why aren’t we celebrating her music? ‘Cause it isn’t going to be awesome if she gets diabetes. I’m just being honest, like, I love her music… But there’s never a moment where I’m like ‘and I’m so glad that she’s overweight.'”

Lizzo has been a vocal advocate for positive body image for years. Online, fans of the 31-year-old Grammy nominee, as well as those who support body positivity, pounced on Michaels’ words. “More people die from complications of anorexia than any other mental illness, but sure, let’s ask for Lizzo’s bloodwork,” one commenter wrote.

More people die from complications of anorexia than any other mental illness, but sure, let's ask for Lizzo's bloodwork.

— Michal is emotionally compromised by The Witcher (@inkasrain) January 8, 2020

After the interview made the rounds online, Berg tweeted about the experience. “What I was going to say here is that Lizzo has been incredibly important in giving so many of us a possibility model for accepting our bodies as we are and celebrating bodies that are normally ridiculed,” she wrote. “Had to restrain myself from defending Lizzo’s honor!”

What I was going to say here is that Lizzo has been incredibly important in giving so many of us a possibility model for accepting our bodies as we are and celebrating bodies that are normally ridiculed. Had to restrain myself from defending Lizzo's honor! https://t.co/UH2k5MulWo

In response to the criticism, Michaels attempted to walk back her words. “As I’ve stated repeatedly, we are all beautiful, worthy and equally deserving,” she wrote in a Twitter statement. “I also feel strongly that we love ourselves enough to acknowledge there are serious health consequences that come with obesity—heart disease, diabetes, cancer to name only a few. I would never wish these for ANYONE and I would hope we prioritize our health because we LOVE ourselves and our bodies.”

Based on the comments on Michaels statement, however, her apology—or lack thereof—isn’t sitting well with everyone. “Just say you hate fat people and go,” one commenter said.

You could give @lizzo a better apology.

Eqating fat with automatically being unhealthy & slim with being healthy is inaccurate & incredibly dangerous.

Fat people deserve to exist without the pressure to change their size or *health.*

Fat people don't need to desire to change their bodies to be deserving of dignity.

Lizzo, who said earlier this week she is taking a break from social media because there are “too many trolls,” has not responded to Michaels’ statement.