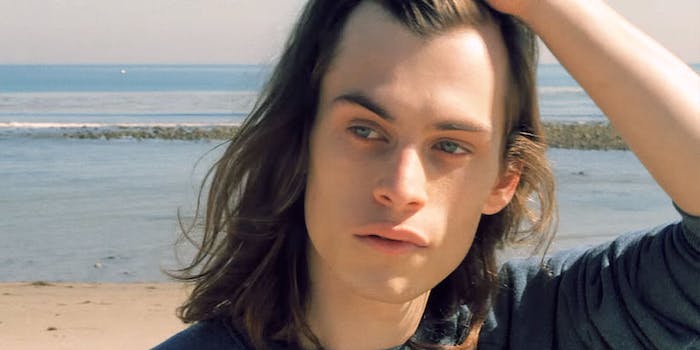 Harry Hains, who appeared in ‘American Horror Story’ and ‘The OA,’ dead at 27

Actor and musician Harry Hains, who made appearances on American Horror Story: Hotel, The OA’s second season, Sneaky Pete, and the film The Surface, died this week at age 27.

On Jan 7 my beautiful son died . He was 27 and had the world at his feet . But sadly he struggled with mental illness and addiction . A brilliant spark shone bright too short a time .. I will miss you Harry every day of my life …

“He was 27 and had the world at his feet,” Badler wrote. “But sadly he struggled with mental illness and addiction. A brilliant spark shone bright too short a time .. I will miss you Harry every day of my life.”

Apart from acting, Hains also performed as a musician under the name ANTIBOY, which Hains described in an interview with Attitude Magazine as “a trans human/android from a future in which all social constructs—including gender, sexuality and race—have been destroyed.”

“Creating makes me happy,” he told Boys By Girls last year. “My work makes me happy. Especially the process of making [his debut album, A Glitch in Paradise] and seeing it come to fruition has made me really happy. And being able to create works of art has made me proud of myself, especially coming to another country. Moving away and working hard and being able to follow my passions.”

His cause of death has not been made public. A memorial in Hains’ honor will take place in Los Angeles on Jan. 12.