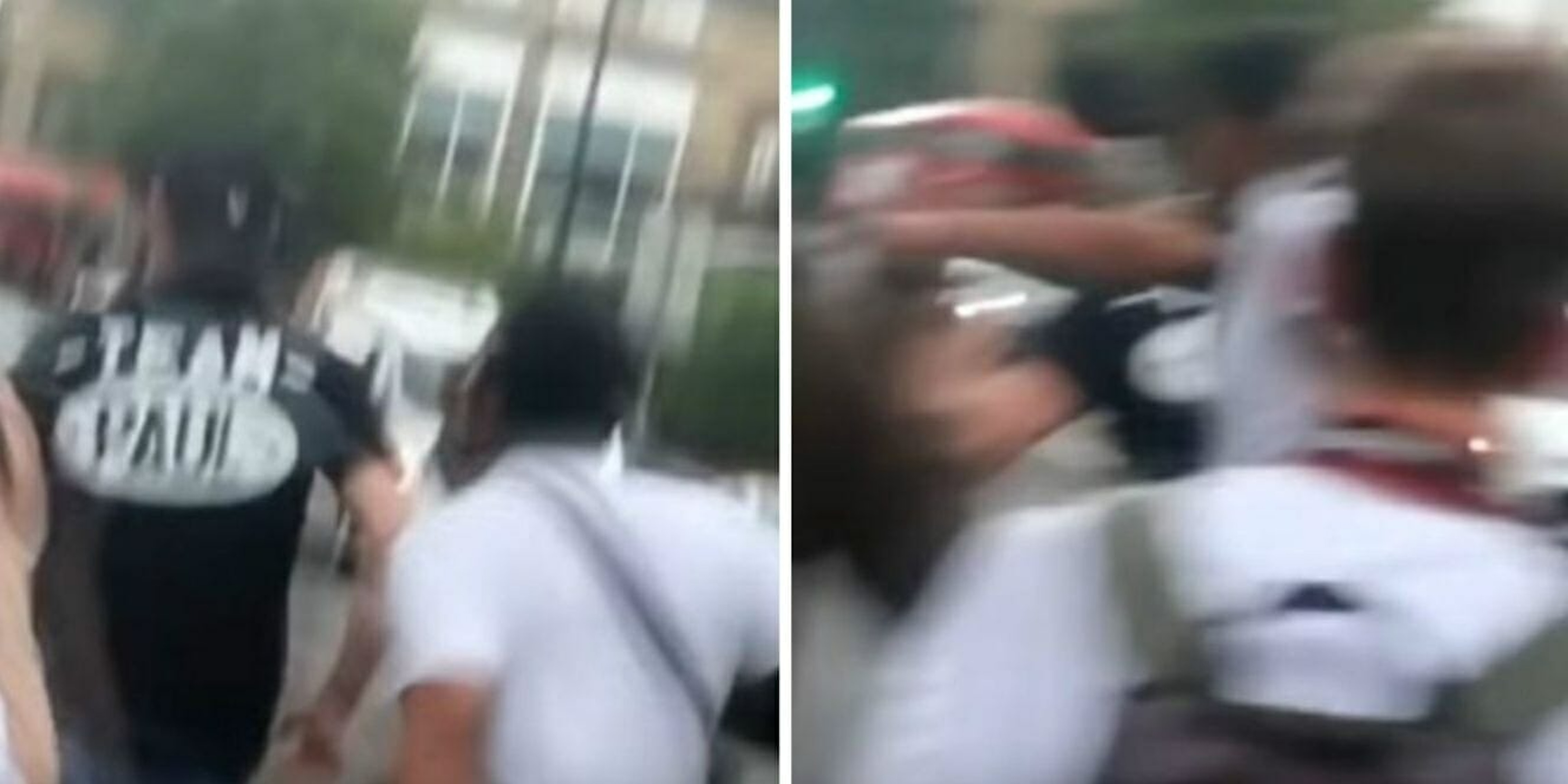 It was all caught on video.

After a contentious press conference this week with YouTube star KSI that saw Logan Paul abandon the stage in the middle of it, video has emerged of somebody punching Paul’s dad, Greg.

As Greg Paul scampered away to safety after the press conference ended, somebody ran up behind him and punched him in the head, knocking off his hat, before running the other way. Here’s what happened.

During the press conference to hype the Aug. 25 KSI-Logan Paul boxing match in the U.K., KSI talked trash about Logan Paul’s girlfriend, Chloe Bennet, and his dad. Greg Paul has come under pressure in the YouTube community after he was blamed for the recent Team 10 explosion that saw a number of Jake Paul’s friends leave his so-called YouTube incubator system.

As KSI had the microphone at the press conference, he addressed Greg Paul and said, “You said you’d beat me in a fight but you wouldn’t do shit. You’re an old man. But, I’m sure you’d like a round with those little girls you like kissing. You sick, deadbeat, bald-headed prick.”

In the immediate aftermath, Twitter user @AbdiHaaji4 claimed to have found the person who punched Paul.

The guy who punched Greg Paul in the head @KSIOlajidebt @ComedyGamer pic.twitter.com/TRSENdGWhK

Afterward, YouTuber Izadi, who is a friend of Logan Paul’s brother Jake Paul and who has 110,000 subscribers, said Deji—KSI’s younger brother who is fighting Jake Paul on the undercard of KSI-Logan Paul—implored his fans to attack the Paul party.

“You told the fans that if they see anybody, to go after them … now you have a fucking problem with a real Vegas motherfucker,” said Izadi, who was flanked by Greg Paul at the end of his video. “I’m coming after you for the damages [to his car] and then I might just come after you, player. You don’t fucking tell people to attack my friends.”

According to Deji, though, Greg Paul “assaulted a fan first.” He also showed a clip from a now-deleted YouTube video in which Deji told fans not to attack the Paul’s.

“It’s still wrong he got assaulted, but it’s also wrong he’s attacking fans,” Deji said. “He started it. … You can come and sue me, but you’d just be wasting your money. There’s nothing on me. … Go for it, my man.”

The Aug. 25 fight will be available on YouTube, where it will cost $8 to livestream.