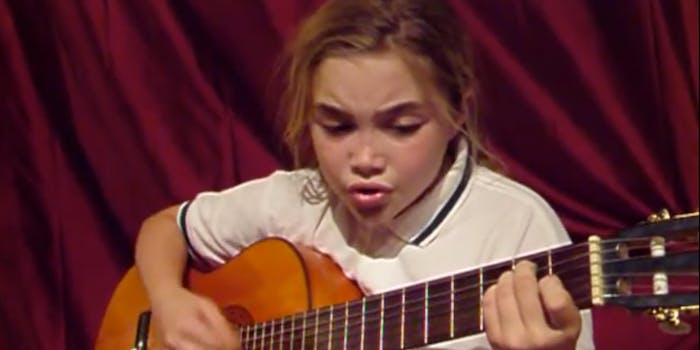 If you’ve seen Midsommar or Little Women, you’ve seen Florence Pugh. The 24-year-old actress had a breakout year in 2019. But when she was growing up in Oxford, she was just an average teen. Her recently unearthed YouTube channel proves it.

Well, not your “average teen.” The New York Times found out, through a profile on Pugh, that she was something of a singing teen sensation. Pugh recorded herself singing covers of the Oasis, The Lumineers, and Jack Johnson from 2013 to 2016 and uploaded them to YouTube.

After news of Pugh’s old YouTube broke, fans began sharing videos and reacting to them on Twitter.

Responses to Pugh’s musical abilities mirror praises of her acting.

It’s not just her covers that have drawn attention either.

MTV also reports that Pugh’s mother uploaded original songs by Pugh (possibly without the knowledge of her daughter). One of the songs is called “I’ll Be The Girl, You Be The Boy,” which is described as “one of my own happy tunes.”

With videos going as far back as 2011 when Pugh was just around 15 years old, the channel acts as a time capsule for fans to get an intimate look at the rising star.