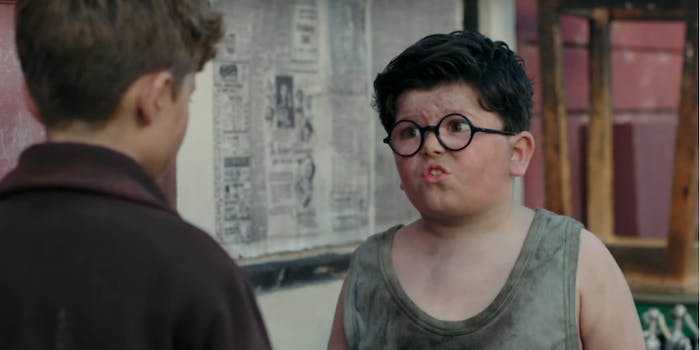 The previously announced reboot of the classic film has found its lead.

Disney has announced the cast for its Home Alone reboot, which will reportedly focus on new characters but have a premise similar to the 1990 original.

Jojo Rabbit breakout Archie Yates is set to play the lead, possibly a role similar to Macauley Culkin’s Kevin McAllister. It would make sense that The Unbreakable Kimmy Schmidt‘s Ellie Kemper and Catastrophe‘s Rob Delaney would play his parents, which was reported elsewhere, but according to Variety, they’re playing other characters. Borat and Da Ali G show writer Dan Mazer is set to direct; SNL cast member Mikey Day and writer Streeter Seidell are penning the script. According to IMDb, it has a December 2020 release date, which means it will likely be a Christmas movie.

Gauging by the reaction on Twitter, a lot of people are not on board with this reboot, or just can’t fathom how the premise of the original—a young boy is accidentally left at home while his family flies abroad for the holidays and has to defend his home from burglars—would work in an era of social media and smartphones.

Guys, we already got a Home Alone reboot. Actually we got 8 of them. It was called Saw. https://t.co/SPYncvZMrJ

Can we stop with the Home Alone reboots? Has anyone actually watched anything beyond 1 and 2? IS THERE A POINT? pic.twitter.com/PLnimSxU9G

I’m going to riot if @robdelaney isn’t playing the kid who gets left home alone pic.twitter.com/hOMOY60cxZ

Culkin didn’t directly address the casting news, but he and Sylvester Stallone had an exchange on Twitter about their own reboot ideas.

Hey Sly, you’re right we do have to change with the times… so get ready for The Macpendables… https://t.co/g432S5dLc4 pic.twitter.com/gP7AB7bbDg

The reboot was announced in August, along with remakes of Diary of a Wimpy Kid, Night At the Museum, and Cheaper By the Dozen. Disney+ has already announced release dates for a live-action remake of Mulan and 101 Dalmatians villain origin story Cruella.