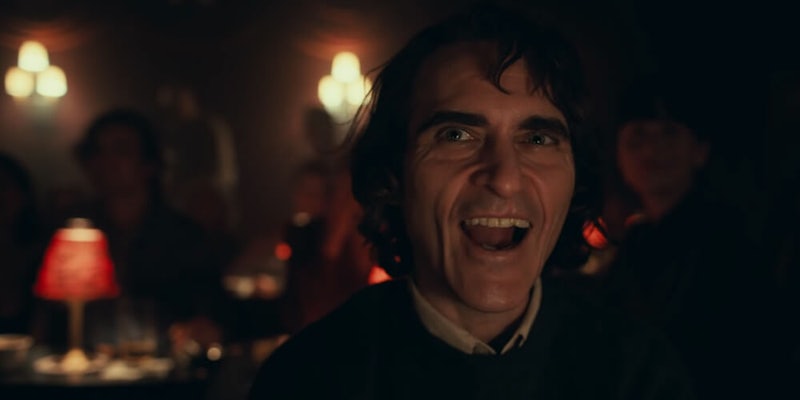 Celebrities' laughs are being reimagined as the Joker's for this meme.

Blowing through all projections on its opening weekend, the divisive Joker has predictably become meme central, specifically around the titular character’s addictively sinister laugh.

“Creepy, disturbing, terrifying, chilling and fascinating. Once you hear Joaquin Phoenix’s sinister laugh, it keeps playing in your mind over and over,” Twitter user @FilmstoFilms_ stated.

Creepy, disturbing, terrifying, chilling and fascinating. Once you hear Joaquin Phoenix's sinester laugh, it keeps playing in your mind over and over. #Joker pic.twitter.com/1nTwxE8WJy

As the recalibrated origin story for Batman’s most notorious supervillain foil, the pitch-black Todd Phillips-directed picture itself contains little, straightforward comedy. Joker took in $93.5 million in its opening weekend in the U.S., destroying previous projections–and Venom’s previous box office record of $80.25 million. Despite its Vantablack tone and understandable R-rating, nothing has stopped the jokes from flying around on social media.

One recent meme replaces the trailer’s music with the theme from Evangelion, a notable Japanese mecha anime series.

However, that requires supplementary knowledge. The best meme includes dubbing other famous laughs over Phoenix’s, which is the result of a neurological condition antihero Arthur Fleck has.

From Seth Rogen and Kawhi Leonard’s meme-able laugh to Samuel L. Jackson and even Nicki Minaj’s, you can now watch Phoenix’s Joker laugh like a multitude of celebrities, which is something you probably didn’t know you needed.

the joker but he laugh’s like anime girl pic.twitter.com/8hrFx4M2Pi

The joker but he laughs like Peter Griffin pic.twitter.com/dyX5RvaEEb

This is the dark horse for best of the lot, likely to get the most mileage if you know anything about Spice Adams.

The Joker but he laughs like Spice Adams pic.twitter.com/YzqWDVnL2c