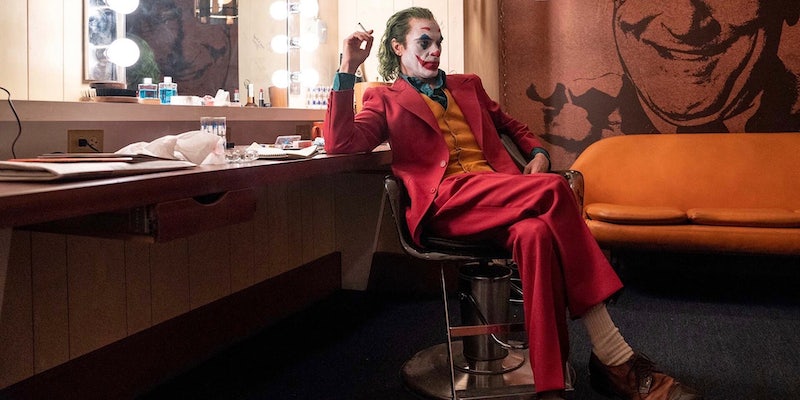 Todd Phillips reveals how he steeped ‘Joker’ in realism

'I thought, isn’t that a good thing, to put real-world implications on violence?'

The premiere, which took place just two days before the film is set to debut in theaters nationwide, was the last stop of an often contentious press tour. While the film, along with star Joaquin Phoenix’s performance, have received critical acclaim (the film won the Gold Lion at the Venice Film Festival), the backlash surrounding the film has been fueled both by concerns from those who believed that Joker could inspire violence—the U.S. military even told service members to be alert—and a series of tone-deaf statements and quotes from writer-director Todd Phillips and Phoenix.

Security was increased at Alice Tully Hall and attendees were barred from wearing masks or makeup that obscured their faces. And reporters were barred from the red carpet with only photographers being given access (which also happened at the Hollywood premiere over the weekend).

“There’s been a lot said about this movie,” Phillips said while introducing the film. “A lot said by me, too, which I’ve learned. So I’m really excited that you’re here and we can finally let the movie speak for itself.”

After the screening, which included much of the crowd standing to applaud the cast and crew in attendance, Film at Lincoln Center (which runs NYFF) hosted a Q&A with Phillips, Phoenix, producer Emma Tillinger Koskoff (who also produced The Irishman), production designer Mark Friedberg, and cinematographer Lawrence Sher. Koskoff, who also produced The Irishman at NYFF, found it that it was a “no-brainer” to decide to produce it and praised the script while Phillips acknowledged the films that helped influence Joker, which included Taxi Driver, The King of Comedy, Dog Day Afternoon, Network, and One Flew Into the Cuckoo’s Nest while Friedberg and Sher discussed finding 1980s Gotham in New York and New Jersey.

Phillips also addressed the level of conversation and discourse around his film upfront, noting that he thinks “it’s OK that it’s sparked conversations and there are debates around it,” but he finds it more helpful to talk about a film once you’ve seen it.

He delved into how he constructed the film, which started out as a character study of someone in a comic book movie (the Joker was the logical pick for that character).

“[Joker] represents mayhem and chaos… And to sort of break down how he got like that,” Phillips said. “And really it was very simple for Scott Silver and I, who wrote the script together, we know about running everything through as realistic a lens as possible—and that carried over, by the way, to production design, the cinematography, and everything else—but back to character Joker, it was like OK, what are the things we know about Joker… In the comics, he fell into a barrel of acid. That didn’t feel like that would happen in the real world. So what if he’s a clown? So everything was about taking the character that we knew and running it through as realistic a lens as possible.”

Phoenix, when asked about what went into creating the Joker character, repeatedly said he didn’t understand what the moderator was asking and feigned leaving at one point. But he eventually told the audience about how Phillips would show him videos of people who had fits of laughter as a way to approach the iconic Joker laugh.

“I watched the videos and then I read the script,” Phoenix said. “And then it just began, endless conversations between Todd and I and then I went to New York with Scott Silver, the co-writer as well.”

Friedberg revealed the different parts of New York and New Jersey that made up Gotham, noting the real-life locations “gave it gravitas and reality.”

“That’s the surprising thing to me,” Phillips added as he circled back to the reaction over the Joker discourse. “I thought, isn’t that a good thing, to put real-world implications on violence? Isn’t it a good thing to take away the cartoon element of violence that we’ve become so immune to? So I was a little surprised when it turns into that direction, that it seems irresponsible. Because, to me, it seems actually very responsible to make it feel real and make it have weight and implications.”

Joker will be released in theaters Oct. 4.