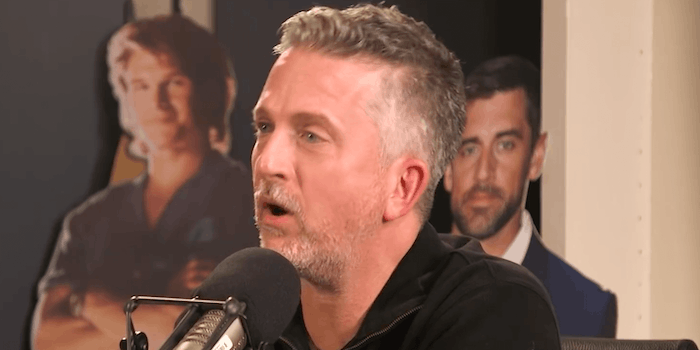 Spotify acquires Bill Simmons’ podcast empire. What does that mean for the Ringer?

Amid concerns from the Ringer union, here's what we know so far.

Spotify announced Wednesday that it would acquire the Ringer, the popular website and podcast network created by former ESPN writer/analyst Bill Simmons. The terms were not disclosed, though the Ringer’s employee union has expressed concerns over its uncertain future.

“More details to come down the road… but @ringer will remain @ringer in every respect,” said Simmons in a tweet. “They appreciate what we do and they want us to be us.”

This morning we announced that @spotify is acquiring The Ringer. Couldn’t be more excited to work with @eldsjal and his phenomenal team.

More details to come down the road… but @ringer will remain @ringer in every respect. They appreciate what we do and they want us to be us.

Simmons started the Ringer in 2016, following an infamous private-turned-public dispute with ESPN. He left the network in 2015 after 15 years. The sports and culture website and Vox Media agreed to a content partnership in 2017. Now, it has over 30 unique podcasts, including The Bill Simmons Podcast, along with a book imprint, and a digital video and film arm.

“We spent the last few years building a world-class sports and pop culture multimedia digital company and believe Spotify can take us to another level,” Simmons said in an accompanying statement. “We couldn’t be more excited to unlock Spotify’s power of scale and discovery, introduce The Ringer to a new global audience, and build the world’s flagship sports audio network.”

Spotify reported a 29% increase in premium subscribers during the fourth quarter, surpassing estimates, as the music streaming company increased its lead over Apple and Amazon. Accounting for nearly 90% of its revenue, the count for premium subscribers rested at 124 million after the quarter’s finish.

Believing podcasts will boost its profitability and total subscribers, Spotify bought three podcast companies in 2019, including Gimlet Media (Crimetown and Reply All.) In purchasing the Ringer, Spotify also enters the web publishing business, which will be a brand new venture.

The Ringer union, built from the website’s employees in 2019, also sent out an update, which suggested employees weren’t in the loop regarding the transaction: “After weeks of public reports about a potential sale circulating without comment from our seniors managers, we look forward to hearing from them about how this transaction will affect our day-to-day work. We expect management to meet promptly with the bargaining committee to discuss these matters.”

On Wednesday morning, the Ringer Union and the Writers Guild of America East learned that Spotify has purchased ​The Ringer. pic.twitter.com/dvNvpKnPMa

This is after recent concerns about how non-podcast employees could be affected, and the union asked management to address previous reports of the acquisition.

It's been two weeks since we formally asked Ringer management to address reports of a potential acquisition. They have not done so.

The Ringer has yet to comment on the union’s requests.