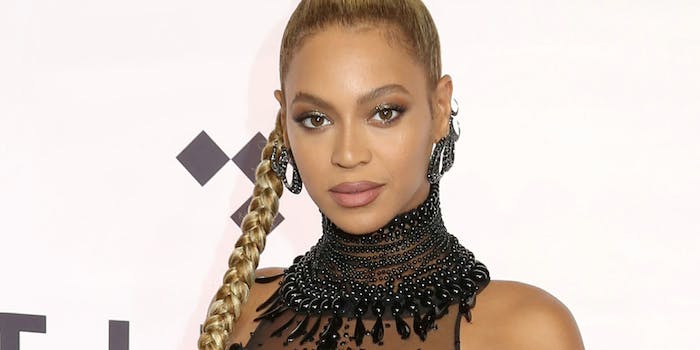 Previously unreleased Beyoncé music hit major streaming services overnight. But for those of us who slept through the surprise data dump, it’s too late—the music, released under “Queen Carter,” has been purged from Apple Music and Spotify.

The projects seemed to be just old B-sides, rarities, and even the song she produced for the Austin Powers soundtrack in 2002. Fans have pointed out that song titles like “Lost Yo Mind” and “Crazy Feelings” recall mid-2000s, B-Day-era Beyoncé. Apple Music and Spotify did not immediately respond to a request for comment on why this happened.

According to TMZ, two “albums” hit the internet (Have Your Way and Back Up, Rewind) last night, and the leak was likely the result of a troll by hackers. Queen Carter’s team apparently wants answers. According to Beyoncé fan club the Bey Hub, her legal team is working to ID the people who uploaded the unsanctioned records.

Online, the Bey Hive was elated and then disappointed to learn about the false alarm.

Me, in two Queen Carter titles. Beyoncé gets me. pic.twitter.com/FcI5K1dh3a

Fans who heard the music noted that the quality wasn’t great and that they’re old demos that have existed in mp3 purgatory for years. Someone made lemons out of Lemonade, in other words.

We’ll have to make do with the two albums she’s released in the past two years until the next record.