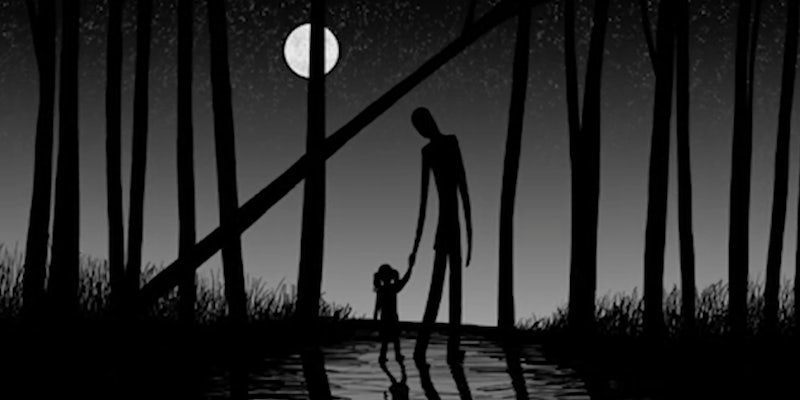 ‘Beware the Slenderman’ explores the disturbing case that shocked the internet

HBO's gripping doc is a must-see expedition into chilling crimes.

The alleged stabbing of a 12-year-old girl by Morgan Geyser and Anissa Weier in Waukesha, Wisconsin, stunned the internet in 2014. Fueled by fear of a fictional internet urban legend, the pair claimed they did this to stop Slender Man from killing their families.

The ongoing, jaw-dropping premise is where HBO‘s captivating Beware the Slenderman begins. Director Irene Taylor Brodsky dives into the origins of the internet myth, and gives a nuanced look into Geyser and Weier’s ongoing case with her documentary.

The documentary, which first debuted at SXSW in 2016, quickly catches the audience up with the case in a montage of clips from local newscasts and footage of the girls’ interrogation with police. After having a sleepover together, Geyser and Weier (both 12 at the time) partook in a game of hide and seek at a local park before they stabbed the girl 19 times and left her. The girl managed to get help and survived her wounds. In separate rooms, they admitted to police that they stabbed the girl because of Slender Man. They were both charged with attempted first-degree murder and because of Wisconsin’s laws, they’re being tried as adults.

The film is geared more toward an audience who might not be as familiar with Slender Man as those deep into the lore. Created in 2009 by Eric Knudsen, Slender Man is a mysterious and well-dressed fictional figure who will haunt and kill the people who catch sight of him. Since his first appearance on Something Awful internet forums, he’s spawned a flash game, memes, fanart, and found-footage videos—many of which are featured in the documentary. 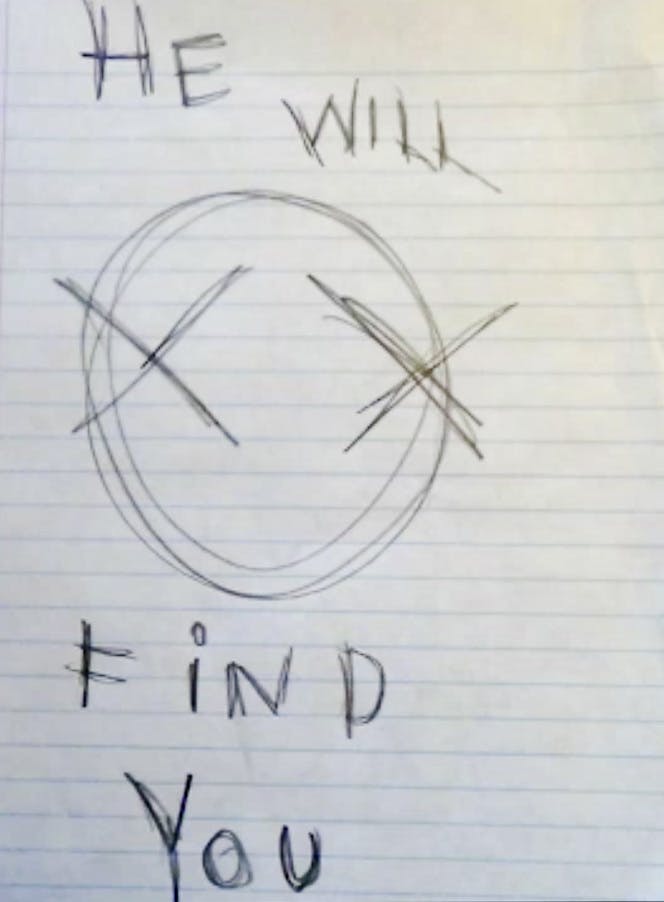 Through interviews with Geyser and Weier’s parents, extensive footage of the girls’ interrogation with local police officers, interviews with experts, and an examination into the internet footprint they left behind, Brodsky paints a complicated portrait. It’s sometimes an uncomfortable one that doesn’t lay blame on any one particular reason behind the stabbing.

Be warned: Geyser and Weier’s interviews with police are sometimes hard to watch. The documentary explores mental health, the girls’ social isolation that made them susceptible to believing in something like Slender Man, the pieces that eventually turned into their attack, and how—even at the last second—they hesitated to carry out the crime. 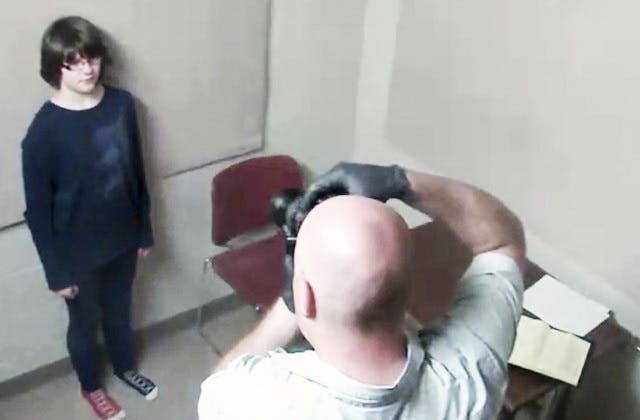 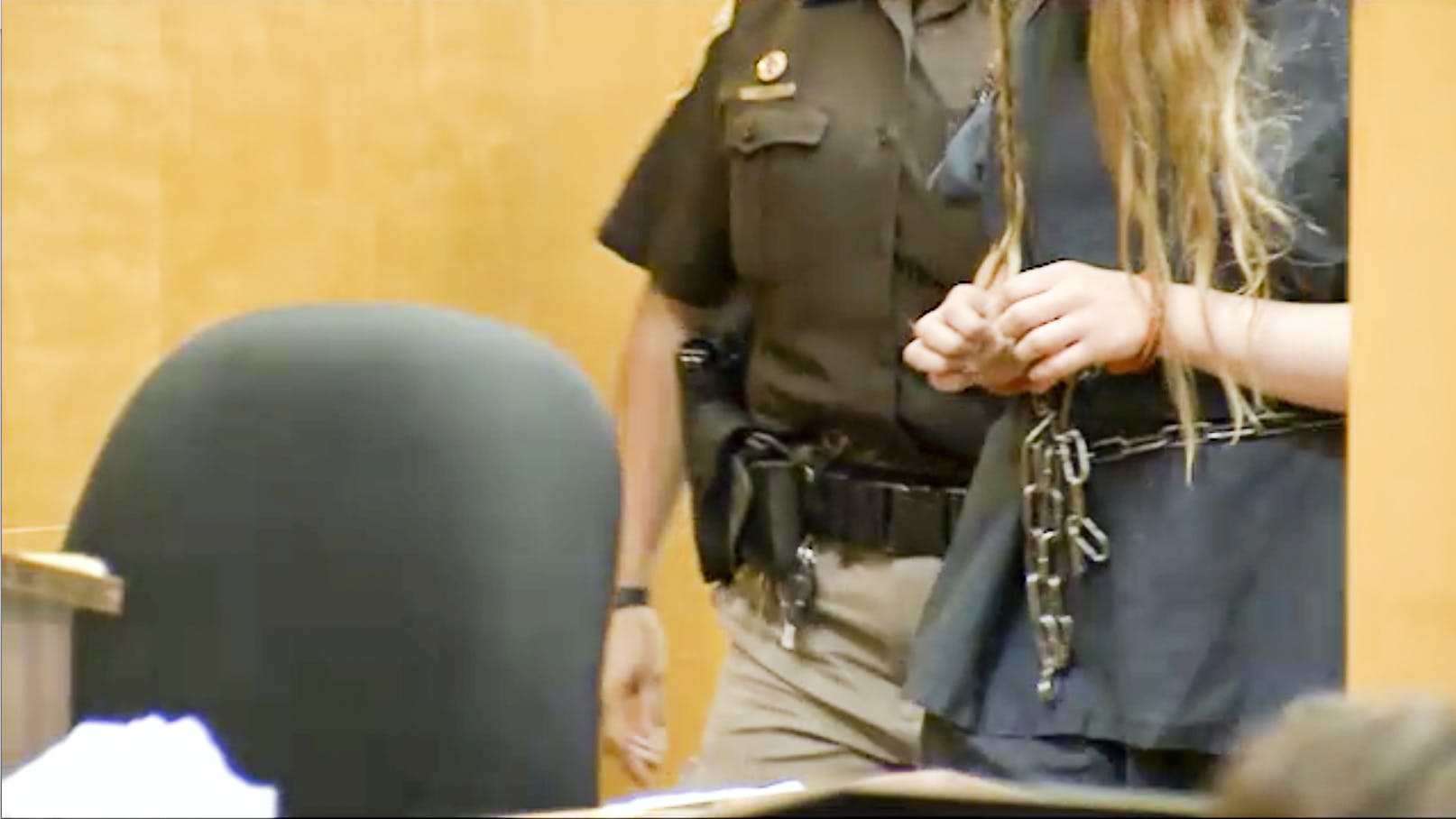 The crux of the film is in the push to have Geyser and Weier tried as juveniles because of their age and mental health status; as adults, they could be sentenced with a maximum sentence of 65 years if they’re convicted by a jury. Police and experts fill in more details of the case while Geyser is diagnosed with early childhood schizophrenia. In this instance, among others, the emotional toll of the case is evident with the parents—especially with Geyser’s father, who also has schizophrenia. (The push for an exception to Wisconsin’s rules was ultimately denied.)

Beware the Slenderman is effective but it also has its limits. Brodsky isn’t able to talk to Geyser or Weier (and can’t show their faces for much of the documentary), so most of what we hear from them aside from a recorded phone call is their chilling interviews with the police. Likewise, the victim’s family didn’t participate in the documentary. And with the trial set for later this year, the documentary feels unfinished. Like Slender Man himself, it’s still evolving because Geyser and Weier are part of the mythology they were once absorbed by.

Beware the Slenderman premieres on HBO Jan. 23 at 10pm ET.