Defendants will be tried as adults in ‘Slender Man’ stabbing case

Two teens who stabbed a friend to protect themselves from an urban legend are fit to be tried as adults.

In May of last year, Morgan Geyser and Anissa Weier celebrated Geyser’s 12th birthday by stabbing a friend 19 times in an attempt to summon the urban legend Slender Man.

Now a Wisconsin judge has upheld a previous ruling determining that the two girls, now 13, are fit to stand trial for the crime as adults.

The decision comes after debate over whether the girls were mentally sound to stand trial, particularly after Geyser told police in interviews that she could utilize Vulcan mind control over other unsuspecting people. 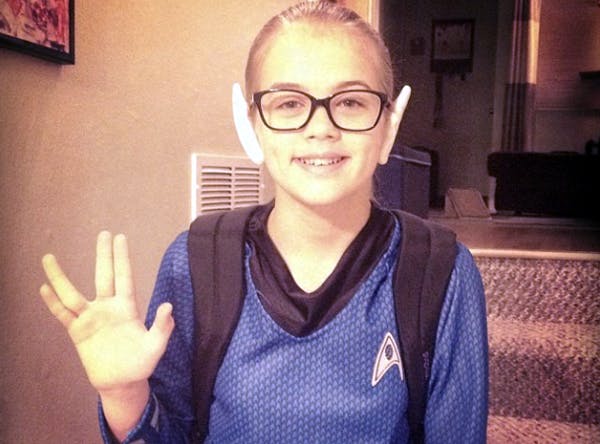 Although the two teens were originally charged as adults with attempted first-degree intentional homicide, the defense had argued for the less-serious charge of second-degree homicide, which would mean they would be tried in juvenile court.

In upholding the earlier ruling, Waukesha County Circuit Judge Michael Bohren also upheld a previous decision, made after months of psychological exams and treatment, that each girl was mentally fit to stand trial. The defense has argued that Geyser in particular has “nonnegotiable delusions” related to the events leading up to the crime—specifically, her belief that Slender Man, the Harry Potter villain Voldemort, and her powers of Vulcan mind control are all real.

Both girls were deemed competent to stand trial in December following Geyser’s being diagnosed with paranoid schizophrenia.

Bohren’s ruling speaks to the severity of the crime, which both girls freely admitted to police that they spent months planning. The girls lured their target into the woods by claiming they wanted to go bird-watching before the attack. The motivation, according to Weier, was that Geyser had been in communication with the fictional Slender Man, who ordered them to kill or risk having their families killed in turn.

Despite the mental issues involved, the callous nature of the “Slender Man stabbing” shocked the nation. Speaking to police in a court-released interview taken just after the crime, Geyser stated, “I thought remorse would get me nowhere. It’s easier to live without regrets if you decide you don’t want to feel.”

If convicted as adults, Geyser and Weier each face a maximum of 65 years in prison.

Editor’s note: This story has been edited to protect the identity of the victim.

Illustration by luki42/deviantART (CC BY 3.0)