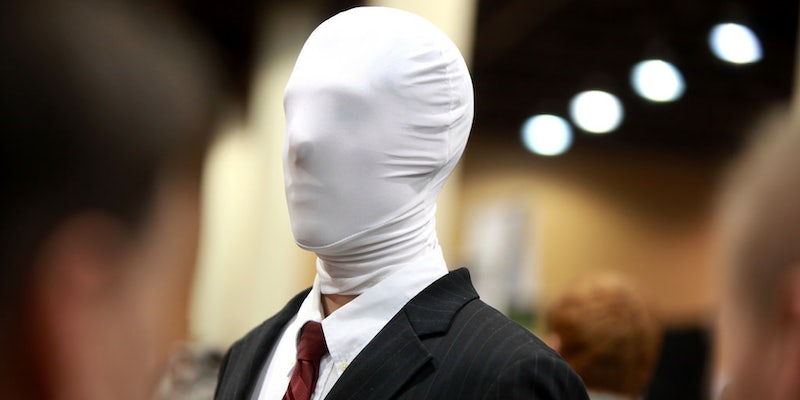 The problem with trying the Slender Man stabbers as adults

Are these two young girls really competent to stand trial?

Morgan Geyser and Anissa Weier, the girls at the heart of the infamous Slender Man case, have just been pronounced competent to stand trial—despite the fact that they were just 12 years old when they attempted to murder their friend Payton Leutner. Setting aside the question of whether they truly understood what they were doing on that late May day when they stabbed their friend 19 times, there’s a bigger question here: Are the two girls really capable of understanding the legal system and the ramifications of their time in court? The judge and state-appointed psychiatric professionals think so, but forcing the girls to be tried as adults may be a miscarriage of justice.

Wisconsin requires children as young as 10 to be tried as adults in extreme cases, such as the first-degree intentional homicide charge Geyser and Weier are facing. They’re accused of meticulously plotting the cold-blooded murder of their friend in order to get in the good graces of Slender Man, a figure who dominates Internet “Creepypasta” lore. Created by Eric Knudsen in 2009, the figure has become a global phenomenon—and part of his mythology is that if children kill someone, he’ll take them under his wing.

The two girls allegedly believed wholeheartedly in the story, not understanding that it was a myth, even after it was categorically exposed as a hoax. Like people of all ages, they thrilled at the thought of something that goes bump in the night, telling themselves and friends stories about Slender Man. As Rebecca Traiser at the New Republic pointed out in her discussion of the case and the influence Slender Man legends had, “we spend far too little considering the impact that young people can have on each other.”

Legally, the standards for competency are clearly defined and have less to do with the subject’s tender age or even perceived immaturity than they do with the capacity to understand what’s happening in court. In order to be deemed competent, any individual the court has concerns about (including adults with mental illnesses, developmentally disabled adults, and children) should demonstrate a clear comprehension of basic legal proceedings. This includes understanding the ramifications of a plea bargain and other essentials of court, as well as being able to assist members of the defense with preparations for trial. Critically, a policy brief on the subject of juvenile competence to stand trial notes, the “ability to apply information to one’s own situation in a manner that is neither distorted nor irrational” is an essential component.

The same briefing notes that 11 to 13-year-olds, like Geyser and Weier, are much more likely to fail the standards of competency as set out under the law. Approximately one third of those evaluated in the briefing weren’t considered capable of adult trials, across racial categories, class, and educational status.

Defense attorneys for the girls are eager to see the case referred to juvenile court, as trial as an adult comes with much higher stakes. If convicted as juveniles, they could be sentenced to up to 25 years in a secured facility. Should the court consider them adults for legal purposes, they face sentences as long as 65 years. That’s a significant difference, and one that would leave both girls spending most of their lives behind bars.

In July, a court-appointed psychiatrist examined Morgan Geyser and determined that she was not competent to stand trial. The girl demonstrated symptoms of schizophrenia, including believing that she had the ability to control minds, claiming that she had conversations with Voldemort, and believing that unicorns existed. Dr. Brooke Lundbohm discussed Geyser’s “inappropriate laughter” during her interview, suggesting that she needed treatment before she could be considered ready to face the court. Another psychiatrist, Kenneth Robbins, described the girl’s mood as “almost giddy,” and as recently as last month, her care providers said that while she was making progress in intensive therapy, she was by no means capable of being in a courtroom.

Now, a state-appointed psychiatrist claims that Geyser is perfectly ready to stand trial. She waived her hearing last week, allowing the judge to determine competency automatically, though whether she really understands what’s happening in court is somewhat dubious. Her attorney argues that she does indeed have schizophrenia, in what may be an attempt to establish a defense of not guilty by reason of insanity.

Weir’s attorney, meanwhile, attempted to claim that she wasn’t capable of assisting the defense and didn’t understand the nature of the situation. His argument fell flat in court when physician Robert Rawski testified: “I said, ‘What do you know about why they’re charging you with first-degree intentional homicide?’ She said, ‘It means I intended to kill somebody.’” Meanwhile, the psychiatrists who examined her claimed that while she was intelligent, she wasn’t able to process information when it was quickly thrown at her, and she didn’t understand the nuances of the justice system.

Knowing what she was charged with and understanding what it means doesn’t necessarily mean that she’s competent, no matter what the state thinks. To determine that, she needs to be asked whether she understands the distinction between a plea deal and allowing the case to go to trial. She also needs to be asked about whether she can assist the defense as they prepare her case. As to whether she understands the case without distortions, that’s still in doubt—her lingering beliefs about Slender Man and other mythical figures could interfere with her understanding of the very real-world, immediate implications of her days in court. Weir’s mental health may be stable, but that doesn’t mean she’s competent.

The question that comes up in this case, after the doctors on both sides have testified, is whether the girls are emotionally mature enough to understand the long-term implications of their trial. This cuts to the heart of their competency. Geyser is clearly struggling with mental health issues that may make it challenging for her to comprehend what’s happening around her. Making progress in therapy and being able to engage with the world are two very different things. Meanwhile, Weir, according to the defense, at least, can’t comprehend large volumes of information, which is a key component of assisting the defense at trial.

The MacArthur Foundation states that in cases such as these, it’s important to consider “the ability to take into consideration long-term consequences (future orientation), perceive and comprehend risks, deflect peer influence, and weigh whether to comply with authority figures.” Both girls would seem to fall short of this standard—while they have undoubtedly matured since they tried to murder their friend under the belief that it would please a mythical figure, they’re still growing rapidly. The adolescent brain is in a state of considerable flux, and one of the last things to develop is critical thinking and long-term reasoning skills. Adolescent girls in particular also fall prey to extreme peer pressure and the need to conform, two traits that made Weir and Geyser especially vulnerable to the Slender Man mythos.

In a sense, the girls might be considered incompetent to stand trial by reason of their brains, which is precisely why many states have a much higher age at which young people can be tried as adults. While the case is horrific, charging them as adults may be equally horrific—should Geyser disappear into the adult justice system, her potential schizophrenia is likely to get worse, as mental health conditions typically become exacerbated in the prison environment. Meanwhile, both girls will be deprived of an education and opportunities to progress in life; including the chance to make good on their crime.