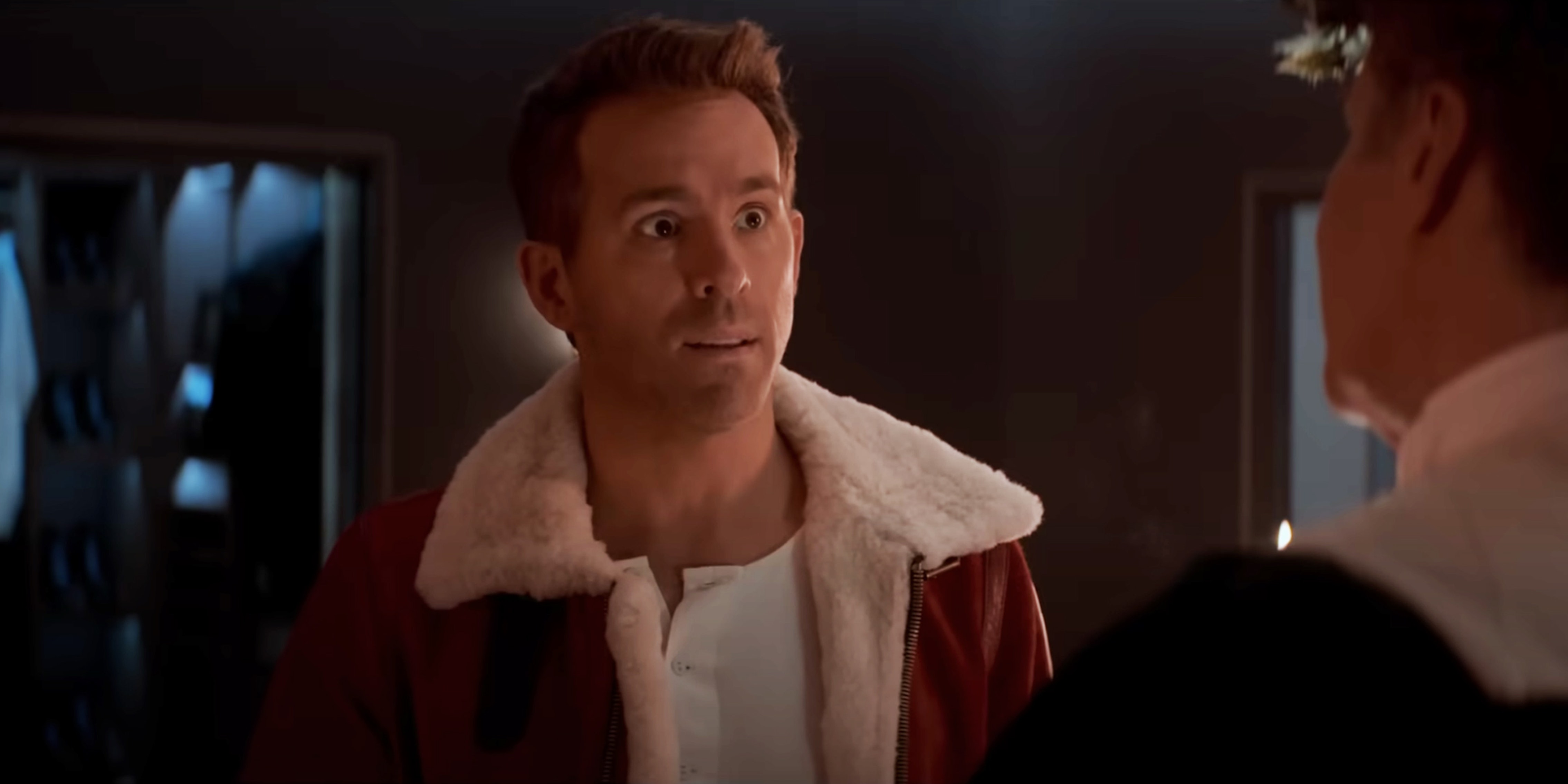 'Tis the season for streaming!

With so many streaming platforms, it can be hard to decide where to find your favorite holiday movies. Don’t worry, y’all, we got you! We’ve broken down the best Christmas movies streaming by service, so you can find new faves, old classics, and maybe some you’ve never seen before!

A festive rom-com about family and acceptance, Kristen Stewart stars as Abby, a woman who plans to propose to her girlfriend Harper on Christmas morning. But surprise! Harper’s parents are super conservative and her dad is even (gasp!) running for mayor, plus they don’t even know Harper is gay.

Harper asks Abby to pretend they’re BFFs, and the ensuing family antics and secrets lead Abby to question if she really knows her girlfriend at all. There are also some stellar appearances by Dan Levy and Aubrey Plaza. You’ll definitely laugh then cry then laugh again. (Basically what everybody does on Christmas, right?)

We’ve all seen Santa stories, but did you know about his youngest son Arthur? In this fun, computer-animated family movie (PG), Santa’s high-tech gifting operation somehow skips over one child, and fails to deliver her gift. It’s up to Arthur to save the day—and save Christmas—by figuring out how to make sure the little girl receives her present. Oh the lengths the Claus family will go to make sure everyone on the Nice list gets their Christmas wish!

Truly, a TV movie romantic comedy that has it all: Zach from Saved by the Bell, a Groundhog-Day-type time loop, and awesome phones because it’s from 2011. Amy Smart plays Kate, an ad exec who’s seeing life as a glass half empty. After being sprayed with perfume and passing out, she realizes she’s fated to live the same day over again. Kate has twelve days—thereby twelve chances to learn from her mistakes—and use her time wisely to win over Miles (Mark-Paul Gosselaar) before it’s too late and time resets itself.

An all-star cast rounds out this family comedy-drama along with lots of fights, fun, and food (and a car crash in the LA river). Idris Elba plays Quentin, the eldest of six siblings who hasn’t been home for his family’s Christmas in four years. Every family member arrives this year with surprises—whether good, bad, or shocking—and they all have to work out their issues to come together as a family.

5) A Nasty Piece Of Work

It’s possibly the best Christmas horror movie about having a horrible boss. It starts out with a Clark Griswold-type situation from National Lampoon’s Christmas Vacation, when the main character Ted finds out he’s not getting a bonus from the boss he hates at the job he also hates. Instead, he’s invited to his boss’s extravagant mansion where he’s given the option to “earn” a promotion by participating in a Hunger Games deal.

Ah yes! The Christmas classic where a young boy who is accidentally left alone tries to halt the efforts of two adult male intruders in a variety of ways (most of which would kill a normal person), but these two bad guys are somehow unkillable! Although it never gets old, Disney+ also has Home Alone 2, 3, and 4 (although Macaulay Culkin’s pivotal role of Kevin McCallister isn’t in Home Alone 3 and 4).

Why is it so entertaining to watch Tim Allen play Scott Calvin, a divorced dad who grows white hair and a huge belly-full-of-jelly because Santa fell off his roof and he donned his jacket? It’s every kid’s dream to have their dad become Santa Claus, even if it’s not the dream of the man himself (but hey, the jacket thing was legally binding). Disney+ also has The Santa Clause 2 and 3—as well as the new series The Santa Clauses—if you just can’t get enough Tim Allen as Santa.

Sure it’s chock full of your fave muppets, but it sticks to the original Dickens storyline, so watching it is like reading your kids a bedtime story. Michael Caine plays Scrooge in this funny, sweet, musical rendition of the classic tale.

9) The Nightmare Before Christmas

Tim Burton does Christmas like nobody else in the animated (PG) film about Jack Skellington, the Pumpkin King, who lives in Halloweentown. One day he discovers a doorway to Christmastown and loves all the holiday cheer. However, in his attempt to bring his own spooky bent to the holiday, he puts Christmas—and Santa—in peril!

Denzel Washington stars as an angel sent to earth to help save a struggling church in New York City. Whitney Houston plays the preacher’s wife, so yes, you will also get to hear her angelic voice in the movie as well.

This 1994 remake is a great family movie, especially if the belief in Santa is still strong in your house! It follows a man who is convinced he’s the “real” Santa—even if it’s a belief he must defend in court. (But we all know the “real” Santa could do that, right?)

Will Ferrell stars as Buddy the Elf, who crawled into Santa’s bag as a baby and was raised as an elf even though he’s clearly human. But when Buddy goes to find his biological dad, the real world has quite a few surprises for him.

13) How The Grinch Stole Christmas

In this 2000 live-action remake of the animated movie, Jim Carey plays the Grinch who tries to steal/ruin/destroy Christmas in Whoville. Luckily, as we all know, his heart grows three sizes that day…

Chevy Chase plays Clark Griswold, a guy who just wants his Christmas bonus and to have a dope holiday lights display—is that so much to ask!? He also has to deal with his parents, his in-laws, and two teenagers who have zero Christmas spirit. Can he get his lights to work and make it the best Christmas ever…without burning the house down? Fingers crossed!

This 1983 holiday classic set in the 1940s is the coming-of-age story of Ralphie, a young boy who only wants one thing for Christmas: a Red Ryder BB gun. Ralphie gets into a fight, becomes transfixed by his dad’s lamp that looks like a woman’s leg, dresses like a pink bunny, learns the perils of capitalism, and is eventually thankful for the family that annoys him.

This dark horror comedy is not for kids unless you want to scare the crap out of them. It’s about some adorable creatures that turn evil when they touch water, see bright lights, or eat after midnight. Obviously, all of this happens and they wreak havoc on Christmas Eve.

This stellar comedic take on A Christmas Carol stars Bill Murray as Frank Cross (AKA Scrooge). He’s visited by three ghosts and yes, he changes his selfish, garbagetown ways.

In this feel-good romantic comedy, Queen Latifah plays a shy, lonely lady who is diagnosed with terminal brain cancer, so she blows all her money on one last vacation. She has a blast fulfilling the items on her bucket list, but knows her future is short. What happens when she meets the man of her dreams on her final holiday?

Yes! It’s a Christmas movie! It starts at a Christmas party! And now that you know this you can add it to your holiday repertoire!

Conman Willie (Billy Bob Thornton) pretends to be a mall Santa to make some cash in this not-for-kids (R) movie. Even though Willie is down on his luck, he meets a kid who just might give him some hope and renew his Christmas spirit. If you’re down with the first one, Showtime also has Bad Santa 2!

Peak Adam Sandler, this animated movie is full of fart jokes, silliness, and crude holiday fun. Sandler’s character Davey must do community service in lieu of jail time during the holidays, and hopefully grow up a little, too.

An uplifting family tale (PG-13) with a top-notch ensemble cast including Sarah Jessica Parker, Claire Danes, Diane Keaton, Luke Wilson, and Rachel McAdams. There’s fighting, hugging, drunken realizations, and one uptight city gal (SJP) finally learns how to relax and be herself. You may cry, but this movie is definitely worth it.

23) The Man Who Invented Christmas

This family film (PG) transports the viewers to 1843 when Charles Dickens himself was a failed novelist…but only because he hadn’t written A Christmas Carol yet!

Matthew Broderick and Danny DeVito star as new neighbors in a rivalry to have the most extravagant Christmas display, surely without any thought of the power grid. It’s over the top, absurd, and full of witty dialog.

Anna Kendrick plays Jenny, a woman whose life is on the rocks when she moves in with her sister’s family before the holidays and ruffles the feathers of their “perfect” household as well. Don’t worry, they all learn from the experience and come out better in the end!

A brand new twist on Dickens’ A Christmas Carol featuring Will Ferrell and Ryan Reynolds? Yes please! It’s hilarious, uplifting, and has just a few curse words putting it over the edge to PG-13, but surely nothing your kid hasn’t heard already.

The 1965 animated classic is just half an hour, but the Peanuts characters pack it full of love and laughter, making every minute count.

Originally a family TV (PG) movie, it’s now a streaming classic. It follows a young boy finding the perfect gift for his mother who is dying, while also teaching an old grumpy lawyer how to have some Christmas spirit.

29) The Sons Of Mistletoe

A family (PG) TV movie that follows George, the previous owner of boys’ foster home, as he tries to convince the new, Scrooge-like owner to keep it open during the holidays instead of selling the property for profit.

This perennial holiday favorite is a true Christmas classic. A despondent George Bailey (Jimmy Stewart), with help from a guardian angel named Clarence (Henry Travers), finds out what life in his town would be like if he were never born. Baily learns some valuable lessons and manages to bring the fractious townspeople together in a triumph of Christmas spirit.

Robin Williams, Candice Bergen, and Joel McHale star in this ensemble-cast dark comedy. Boyd is estranged from his oddball, dysfunctional family, and has distanced himself by becoming an uptight finance guy and creating the “perfect family” on paper. However, he’s forgotten his kid’s gifts and must drive all night in order to retrieve them by Christmas morning. Worth a watch for the crazy family antics and a stellar Robin Williams performance.

This 1993 film starring Macaulay Culkin takes place on stage, because it’s a ballet! The tale follows a young girl, Marie, who awakens in a dream world and must escape the evil mouse king with the help of the Nutcracker Prince (Culkin). The dancing is incredible, obviously, and the stage presence and music will transport you to another realm full of holiday spirit.

Bez is a standup comedian and screenwriter. She wrote punch-ups for four seasons of the TV Land show Younger, was an editor at Someecards, and has written pieces for Cosmo, Seventeen and McSweeney's.