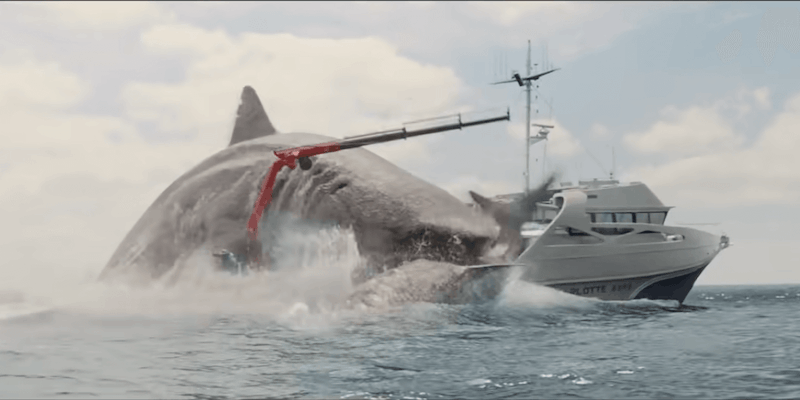 The best shark movies you can stream right now

You don't have to go anywhere near the water.

These days, theaters are crawling with animal-versus-human thrillers: Crawl, 47 Meters Down: Uncaged, Pet Sematary. It’s a good time to reconsider our relationship with nature, to really dig down and ask ourselves: What would we do to survive? With that in mind, here are the best shark movies to stream on Netflix, Hulu, and Amazon Prime Video.

With the majority of shark movies, the answer is: Don’t go in any body of water, ever. Ever since Jaws set the bar over 40 years ago, many have tried to elevate the genre—or, in the case of the Sharknado franchise, to completely re-contextualize it. There have been interesting takes on the genre, such as The Life Aquatic and The Shallows. There are also some really bad ones. (And let’s not forget the contributions of “Baby Shark” and Left Shark.)

The best shark movies on Netflix, Hulu, and Amazon Prime

What was it with the ’90s and sharks? Something in the water, perhaps? I’m not going to read to much into it but Deep Blue Sea was one of the more captivating entries in the shark attack genre. LL Cool J, Stellan Skarsgard, and Samuel L. Jackson pack this summer blockbuster with more star power than any of the competition. -Jaime Carrillo

After five Sharknado films, we get a logical conclusion to the beyond-parody franchise: time-traveling sharks. Fin (Ian Ziering), April (Tara Reid), and the gang travel back to prehistoric times to destroy the first Sharknado and alter the course of history. Along the way, they land in different centuries and meet up with drag performer Alaska, Neil deGrasse Tyson, Gilbert Gottfried, Tara Reid’s head, and dragon-sharks. It’s so hard to say goodbye. —A.S.

Jason Statham battling a Megalodon is definitely the kind of word-salad action film meant for mid-summer release. The “Meg,” thought previously extinct, has damaged the ship of a crew exploring the Mariana Trench, and Statham’s character is recruited to help rescue them. But he’s haunted by a previous rescue mission gone bad, which only fuels his quest for vengeance and one-liners. The film engages some tired cliches and bad dialogue—”That living fossil ate my friend” doesn’t hit the way you’d expect—but if you want to engage passively with an action movie, it does have some cool shark shots. —A.S.

This 2003 film is technically a shark movie, but it’s also a great, underrated relationship movie. Based loosely on a true story, Open Water follows a couple (Blanchard Ryan and Daniel Travis) on vacation, who go on a group scuba expedition and are accidentally left behind. Director Chris Kentis gives us enough insight into their relationship beforehand—in a handheld, pre-Paranormal Activity way—to make the increasingly dire situation feel real, and there’s some good dark comedy in the fights and revelations they have while floating into oblivion. “We drifted apart” has never been more applicable. —A.S.

Also available on Amazon Prime, many have credited Steven Spielberg’s seminal 1975 film about a killer shark for effectively killing the more serious era of the “new Hollywood” and ushering in the age of the blockbuster, which still reigns supreme today. But while Jaws may have been the original summer smash, it shouldn’t be disregarded as silly or frivolous. Jaws is methodical and exacting. Today, it stands as the first real example of Spielberg’s impeccable filmmaking craft, not to mention the source of one of the craziest behind-the-scenes stories in Hollywood history. In fact, not one but two scripts about the movie’s production landed on the much buzzed-about Blacklist, which complies the best unproduced screenplays. (Jaws 2, Jaws 3, and Jaws: The Revenge are also available with Starz.) —Chris Osterndorf

From the studio that brought you Sharknado comes this mutation starring Carmen Electra and Brooke Hogan. It’s exactly what the title advertises, and while there has since been a 6-Headed Shark Attack, this one reminds us of the simpler times. —A.S.

Sharks have been turned into a lot of things—ghosts, dino-sharks, sharknados—but shark possession might be peak shark movie. This 2015 film is the definition of low-budget and seems more like a student project in its aesthetic and production. In this iteration, people can somehow be possessed and turned into shark-humans. More shlock than scare. —A.S.