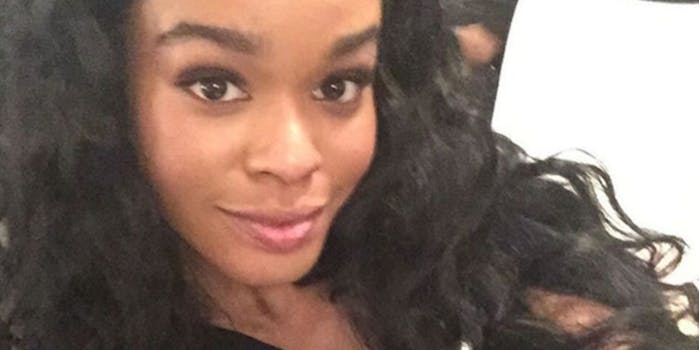 Azealia Banks made waves this week after tweeting some pointedly prejudiced remarks at former One Direction member Zayn Malik.

The feud started on Tuesday when the rapper Instagrammed screenshots from Malik’s new music video for “Like I Would,” and hinted that he may have lifted her aesthetic.

Malik chose not to reply to her directly, perhaps familiar with Banks’ controversial Twitter presence and remarks-as-publicity-stunts strategy. He instead chose to fire off a couple of general tweets about an unnamed, thirsty account later that afternoon:

Looks like someone’s been subtweeting. Banks saw the tweets and replied to Malik directly with several racially prejudiced remarks (Malik’s family is of Pakistani heritage).

Malik’s enormous fanbase swiftly swooped into the conversation, along with Desi Twitter users who took Banks to task for her inflammatory choice of words:

@AZEALIABANKS @zaynmalik no one knows who you are. stop trying to come at zayn for promo

This is when Disney Channel star Skai Jackson comes into the picture. Jackson’s made a unique name for herself on the Internet; known for a photo of her sitting in a chair that’s exploded into an enormous smiling-through-my-awkwardness meme:

It’s doubtful that Jackson thought the second thing she’d be known for online was a burgeoning feud with Banks. The 14-year-old actress weighed in on the issue delicately, suggesting that maybe the rapper needed to “simmer down.” Predictably, Banks took the opportunity to lash out at her:

Jackson wasn’t shaken, though. She hit Banks back with a deliciously shady comeback tweet:

Perhaps the best replies emerging from the kerfuffle came from Desi women, who appeared to detect no problems at all with being called “curry scented” bitches. The hashtag #curryscentedbitch soon gained momentum, becoming a worldwide trending topic. Thousands of people took back the insult as a means to celebrate their heritage.

While it’s highly unlikely that this will be the last offensive statement we’ll see from Banks, at least we know Twitter will be there to put her in her place.H/T Buzzfeed