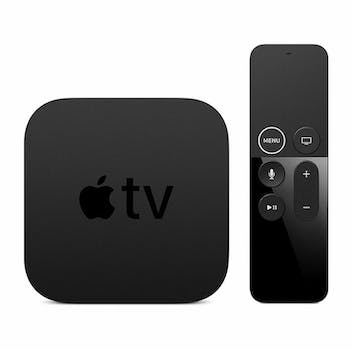 A customer learned the hard way that you don't actually 'own' digital media.

When it comes to media, many are keen on the idea of digital downloads. Owning physical copies of TV shows, movies, or other programs isn’t always high on folks’ agendas because in a world where there’s a veritable treasure trove of things to consume and space is at a premium, owning things digitally is a true boon.

But what happens when something you own digitally, like an iTunes movie, is taken away at the whim of any online provider? Do you still truly own it, or are you just renting it for an extended period of time?

To ask customer Anders G. da Silva, who goes by @drandersgs on Twitter, you’d likely get a pretty frustrated answer. It seems he was recently the victim of losing three movies he had previously purchased from the iTunes Store.

A concerned da Silva contacted Apple to inquire about why his movies had been removed and received a fairly standard response from the customer care team. It cited a simple answer: “The content provider has removed these movies from the Canadian Store. Hence, these movies are not available in the Canada iTunes Store at this time.” In return, da Silva was provided with two movie rental credits instead of a refund.

Understandably, da Silva wasn’t impressed by this showing and stated that he wasn’t interested in rentals. Like anyone would, he wanted the movies he had actually purchased before. The only response he received was additional rental credits. This may sound like a rare case, but it’s actually nothing new—the very same thing has happened and continues to happen with digital storefronts across the board.

Me: I see… So, that "Buy" button is meaningless? It should maybe be called: "Feelin Lucky?"

Apple: I see you are unhappy. Have two more rentals on us.

For instance, the Xbox Live Store and PlayStation Network are routinely removing titles from their service, or licenses expire that force content providers to take content off of their platforms. It’s the same thought that goes into having movies removed from Netflix or your favorite TV shows yanked from Hulu. The content you pay for is only securing it for a limited time when you really look into the way these services operate.

This story, though it’s gone viral, isn’t anything we didn’t already know. It’s just something that’s conveniently swept under the rug, possibly because the reality behind putting down cash on digital items means we can never truly own it (so long as it’s not on physical media that we can manipulate, transport, and store as we please).

So let this particular anecdote serve as a cautionary tale the next time you’re thinking about plunking a few dollars down on that 4K movie you’ve had your eye on for a while. If you really want to be able to watch it five to 10 years in the future, you’d better go ahead and pony up for a regular Blu-ray or DVD. At least then the information is right there in your hands.