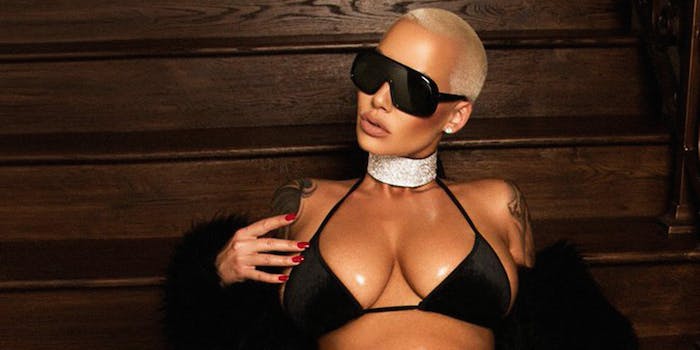 On Friday, Amber Rose announced the third annual SlutWalk with a photo of her perfectly manicured bush.

This article contains images that are NSFW.

On Friday, Amber Rose announced the third annual SlutWalk with a photo of her perfectly manicured bush. And Piers Morgan had opinions about it.

Put it away, luv. Thanks. https://t.co/aZcTyLdvrJ

Morgan has used similar shaming tactics with Kim Kardashian, Madonna, and “rabid feminists” who dare march for their rights. Since SlutWalk is an event that takes aim at body-shaming and policing, Morgan’s comment essentially proved the point of the walk. The hashtag #bringbackthebush also circulated.

The photo was removed from Instagram but Rose doubled down on Twitter. Warning: Morgan did post a half-naked photo from a Burger King ad that is in no way pathetic, attention-seeking bullshit, to use his won words from a follow-up tweet.

It's not 'misogyny' to think that posting nude photos in the supposed name of feminist empowerment is pathetic attention-seeking bulls**t. https://t.co/39rIjaaUXu