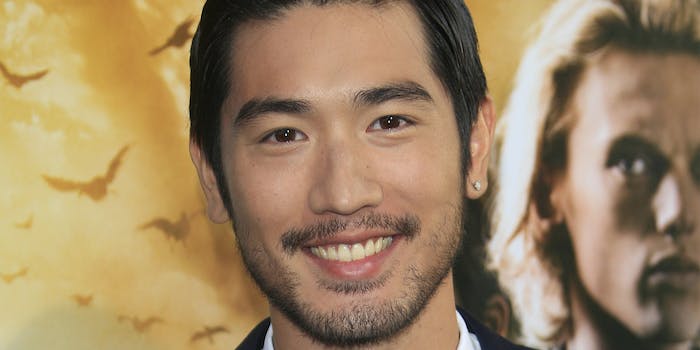 He collapsed on set while filming for a reality show.

Taiwanese-Canadian model and actor Godfrey Gao died Wednesday at the age of 35 after collapsing on set of a Chinese reality show.

Chase Me is a show where teams compete against one another in a variety of obstacle courses. Producers said Gao collapsed while participating in a team event for the show and was rushed to the hospital, where he died.

“Guest participant Godfrey suddenly collapsed to the ground while running. The program’s on-site paramedics began lifesaving measures immediately and urgently transported him to the hospital,” Chase Me’s management team said in a statement. “After two hours of all-out efforts to save him, the hospital [said] he had suffered a sudden cardiac death.”

Gao is well-known internationally as a model and actor. Gao was the first Asian man to model for Louis Vuitton’s ad campaign. He’s also known for his role as Magnus Bane in The Mortal Instruments: City of Bones and for starring in the popular Chinese TV drama Remembering Lichuan.

Fans and friends are sharing their condolences on Twitter. Actor Remy Hii, who starred in Spider-Man: Far From Home, said Gao’s death was a “loss to us as a community as Asian artists.”

I am beyond devastated to hear about the death of Godfrey Gao. This is a loss to us as a community as asian artists and it’s fair to say it will never be the same without him. https://t.co/h1TcYheJJl

Chase Me’s production company said everyone felt “incomparable pain” over Gao’s death, and the company will help Gao’s family with funeral arrangements, according to the BBC.