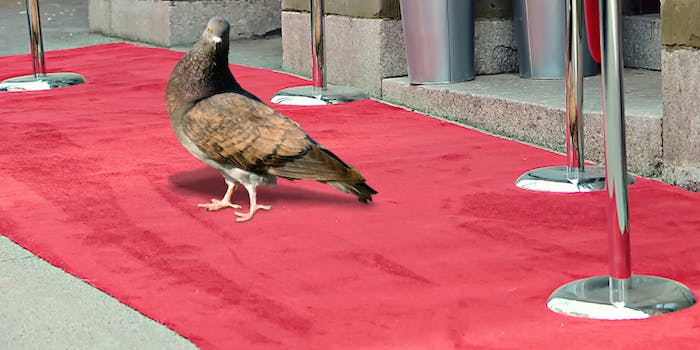 The Internet is dying to know: ‘Who is she’

Such glamour, such beauty.

The goddess stands there on the red carpet, unfazed by all the heads that she has turned, the whispers that have engulfed the crowd. Her posture is perfect, her look unattainable. 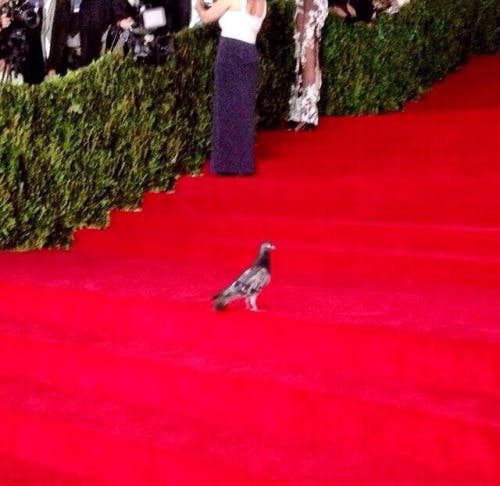 Asking “who is she”—no question mark required—has become standard practice on Tumblr, a beloved meme to Internet addicts but still something of a mystery for common folk. The first time I stumbled across the phrase was in a caption for the picture of the pigeon above. I broke into a giggle.

I didn’t, however, actually want to know who this bird was, and I was more than certain that it wasn’t some celebrity’s pet who tagged along to the 2014 Met Gala. The statement “who is she” was more of a joke about the spotlight that the pigeon had unknowingly stepped into at this glamorous event. It stood there as a subversion of what we’d normally expect to see at a red-carpet gala full of gorgeous people in luxurious outfits.

While many might be unfamiliar with the phrase “who is she,” most have definitely come across a “who is she” moment in pop culture. The most iconic may very well be in the 1950 animated Cinderella, a Disney staple that today’s adults will remember from their childhood. After Cinderella’s Fairy Godmother upgrades the blonde’s look, she arrives to the ball and upstages every broad there (including her two stepsisters). 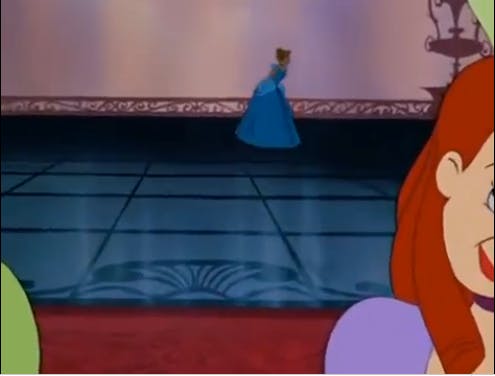 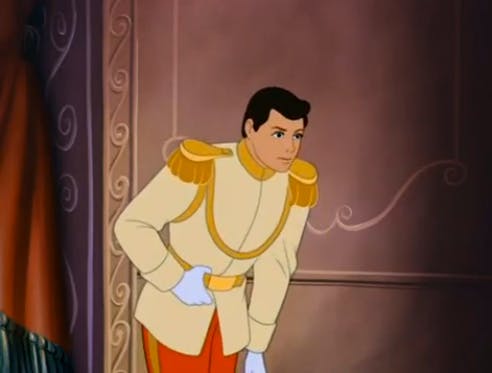 The shocked look on the prince’s face? That’s the epitome of “who is she.” There’s even this short exchange before the king and his adviser once they lay eyes on Cinderella:

Adorned with a puffy blue gown and shrouded in mystery, Cinderella commands the room with her own presence. But she also draws hate and jealously from all the girls at the ball when the prince asks her to dance. 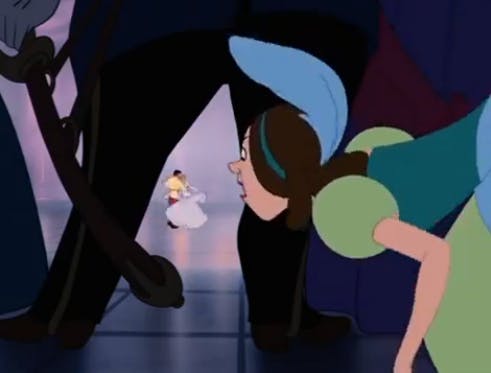 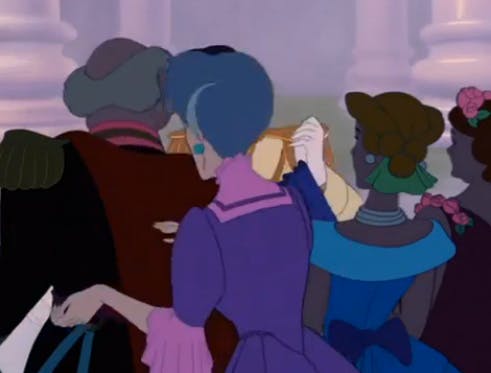 A slightly more contemporary example of the “who is she” moment is in the 1999 teen flick She’s All That. Once Laney (Rachael Leigh Cook) takes off her glasses, and Mackenzie (Anna Paquin) brushes some makeup onto the established nerd, Laney comes down the stairs to astound Zack (Freddie Prinze Jr.) in a moment that is vintage “who is she.” 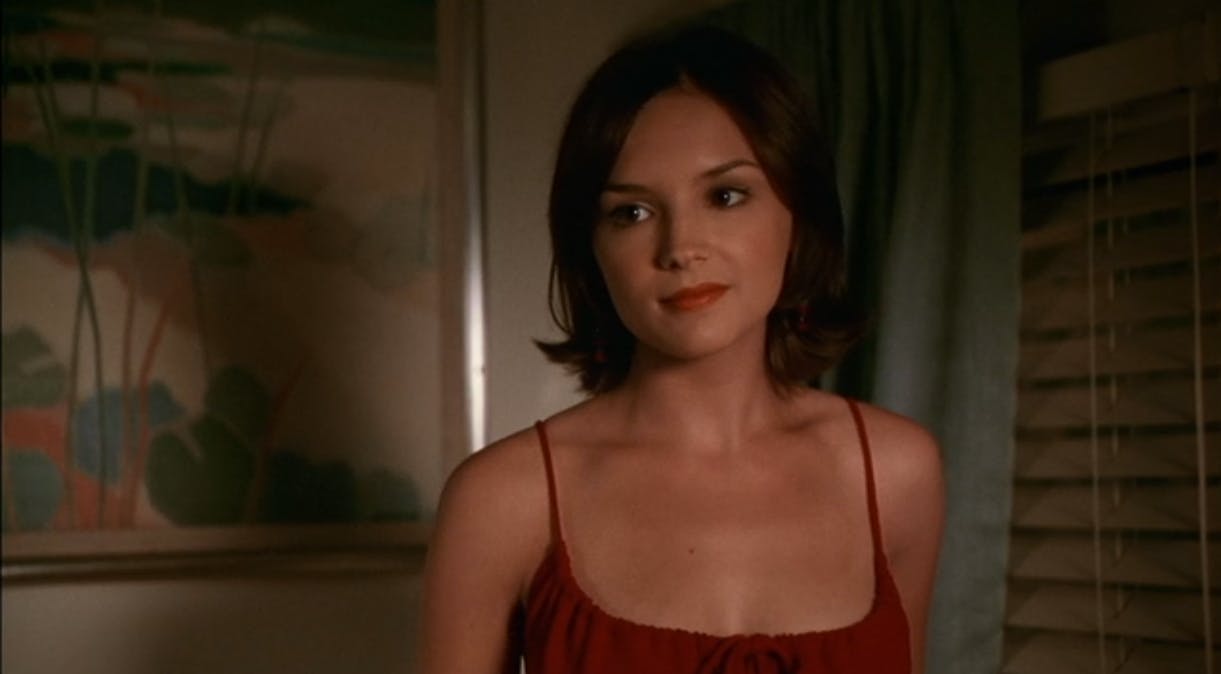 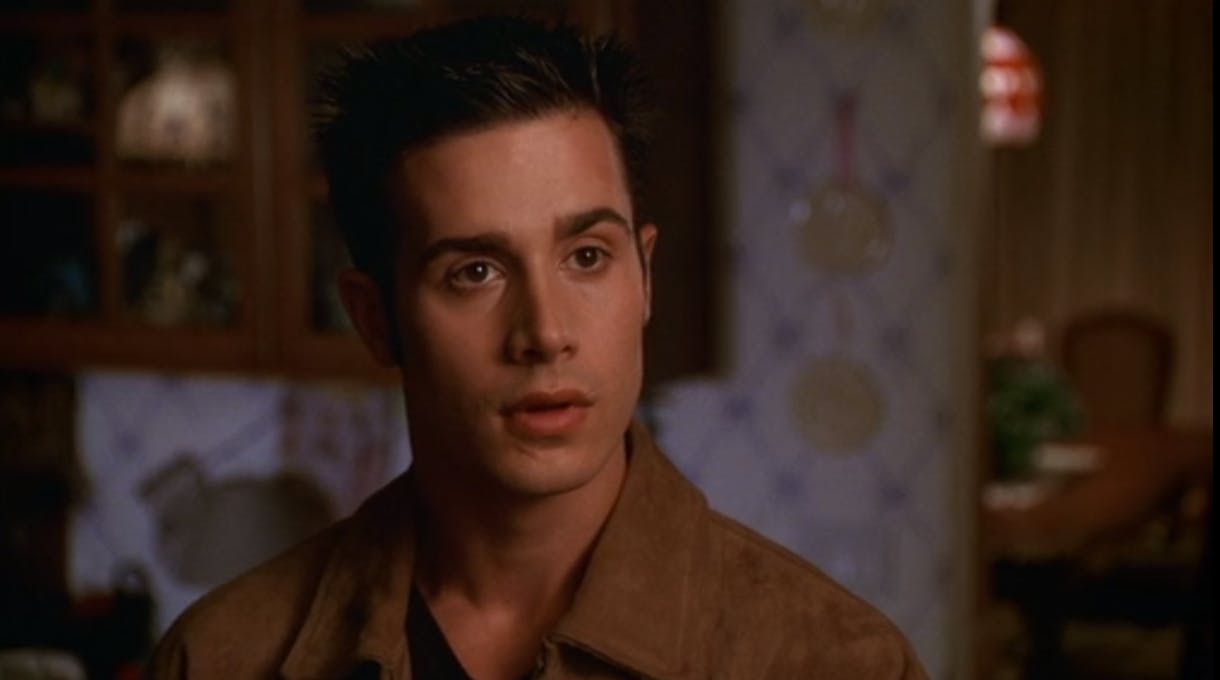 But back to that bird photographed on the red carpet—who has incidentally racked up over 350,000 notes—and how “who is she” is used nowadays. The Internet tends to transform phrases and symbols into memes that usually have connected meanings. “Who is she” is no exception.

“It’s mostly been used on Tumblr in the context of tongue-in-cheek reverence for fat animals,” said Eliza Clark (Tumblr user divinedorothy), who originally commented “who is she” on the picture of the bird that wound up on my dashboard. “I was either seeing ‘who is she’ on red carpet photographs of starlets or on funny animals wearing bows.”

But what exactly does “who is she” mean? What is it really asking the viewer? Clark has an insanely poetic definition:

“Who is she?” is like an exclamation of wonder. It’s like you’re a hollywood spotter at the High School talent show, and you’re bored as hell, and you’re watching like a pretty, generic popular girl sing, and the music cuts, and her friend, The Mousy Stage Hand, steps forward and saves the performance by singing a cappella and launching them into a flawless duet. And you’re like WHO IS SHE??? or you’re like a paparazzi at the oscars and behind J-Lo and J-Law waddles the most Stunning Pigeon You Have Ever Seen. Who is she? Who is her agent? Why is she here? Where did they find her? She has upstaged everyone.

Various other occurrences of “who is she” have gone viral on social media. For example, there’s this Vine of a glamorous pooch named Maple:

Although the original poster wasn’t the one to caption the video with “who is she,” the fact that Jennifer Ramos (Tumblr user dumbfordandsons) added the comment hints at the purely reactive nature of the statement.

“I think ‘who is she’ is something you say when you’re amazed by something, whether it be beauty or if you just find it appealing,” Ramos wrote in an email to the Daily Dot. “I commented it on that post because of the camera angles on the dog. Something about the slow motion and the music made it seem very glamorous and dramatic.”

This photo of another pigeon also surfaced with the caption “who is she.” 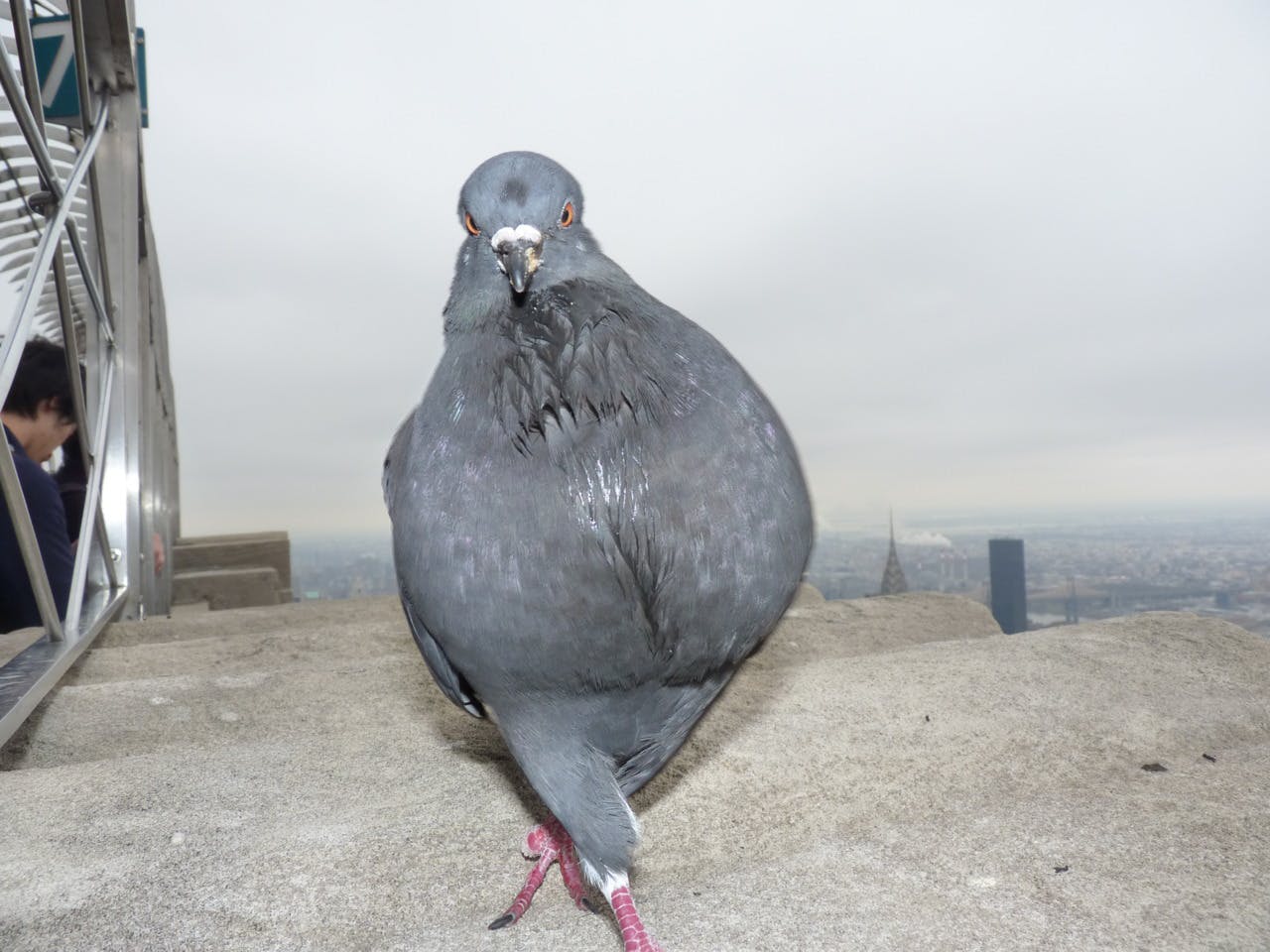 Now, some might think that this voluptuous pigeon embodies the luxurious and enchanted use of “who is she,” as with the Vine of Maple. Others may categorize it more within the tongue-and-cheek definition that Clark offers. But that’s the beauty of the phrase: it can go both ways.

One colleague did try to argue that the subject of the photo—the strutting aviary goddess, not the viewer—is saying “who is she.” She described the jealous sentiment “who is she, do you love her,” with feelings of confrontation attached. But in the grand scheme of “who is she,” it seems more fitting that the spectators, the populace left dazed, astonished and wondering who this creature could be, are the ones uttering the phrase.

And “she” can also refer to a human, even with all this animal talk. Take this amazing video of a woman whose ability to withstand the tossing and bucking of a mechanical bull made some dudes very curious about her identity. These Snapchats of an attractive man also stirred up similar feelings of lust, proving that “she” can also transcend gender norms.

But mystery surrounding a figure can also be co-opted into one’s own personal game of shading another. In an classic interview, diva Mariah Carey was asked what she thought of Jennifer Lopez.

If someone is asking “who is she,” they probably “don’t know her.” But as Mariah proves with her sly remark, that doesn’t necessarily communicate the same thing. And at its crux, “who is she” isn’t meant to be malicious or a put-down. It’s a little jokey, sure. But when you have a picture of a pigeon on a red carpet, it’s already humorous. Add the right joke, and it can make it that much funnier, eventually giving rise to an overarching meme.

At the end of the day, it’s not exactly about who she is, but what she represents: style, stature, and the je ne sais quoi that makes a true star.