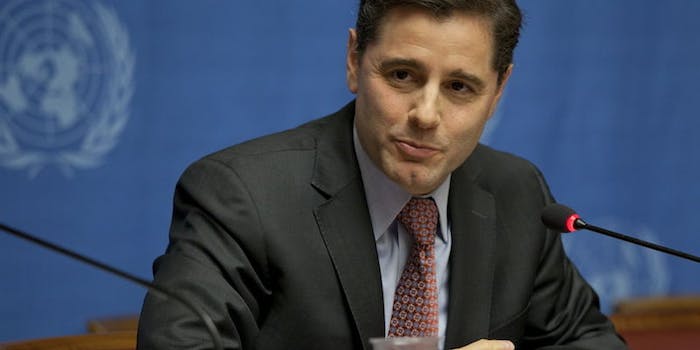 A petition to make unlocking a cell phone legal again reached 100,000 signatures, and the White House responded in full agreement.

Less than two weeks after more than 100,000 people signed a White House petition to make it legal again to unlock their cell phones, one of President Obama’s advisors has responded that they’re right.

While it’s just a first step, it could actually fix the problem.

The issue stems from a provision of the Digital Millenium Copyright Act (DMCA), the sweeping copyright law from 1998 that seems to irritate the entire Internet. Under one interpretation, users who unlock their smartphones would be violating copyright law. A decision by the Librarian of Congress meant that in February, that ruling would once again stand, as it did back in 2006.

But maybe not for long. According to R. David Edelman, Obama’s senior advisor for Internet, Innovation, & Privacy:

The White House agrees with the 114,000+ of you who believe that consumers should be able to unlock their cell phones without risking criminal or other penalties. In fact, we believe the same principle should also apply to tablets, which are increasingly similar to smart phones. And if you have paid for your mobile device, and aren’t bound by a service agreement or other obligation, you should be able to use it on another network. It’s common sense, crucial for protecting consumer choice, and important for ensuring we continue to have the vibrant, competitive wireless market.

While nothing Edelman said is a guarantee of a change, his response garnered praise from activists. Sherwin Siy, VP of legal affairs at Public Knowledge—an advocacy group devoted to Internet openness, and one that’s long criticized the DMCA—was optimistic.

[T]he White House took a strong stance in favor of consumers, competition and innovation,” Siy said in a public statement. “We’re very glad that the administration recognizes the significant problems created when copyright laws tread upon the rights of consumers to use the products they have bought and owned.”

It’s unclear exactly how the White House could promptly reverse the ruling, though. “The law gives the Librarian the authority to establish or eliminate exceptions—and we respect that process,” Edelman said. However, he also touted the Federal Communications Commission (FCC)’s ability to influence the law.

Julius Genachowski, the Chair of the FCC—and Obama’s former Harvard Law classmate—said in his own statement Monday that the Librarian of Congress’s stance “doesn’t pass the common sense test.” He pledged to look into “whether the agency, wireless providers, or others should take action to preserve consumers’ ability to unlock their mobile phones.”

And while plenty of Americans are convinced petitions don’t do much—they guarantee a response from the White House if they get enough signatures, but not necessarily any action—that’s not always the case. The day after “Make Unlocking Cell Phones Legal” hit its minimum 100,000 signatures, Obama actually did use his executive power to make one petition’s goal a reality, setting up a system to make some federally funded research publicly accessible.

Photo of Genachowski via Wikimedia Commons