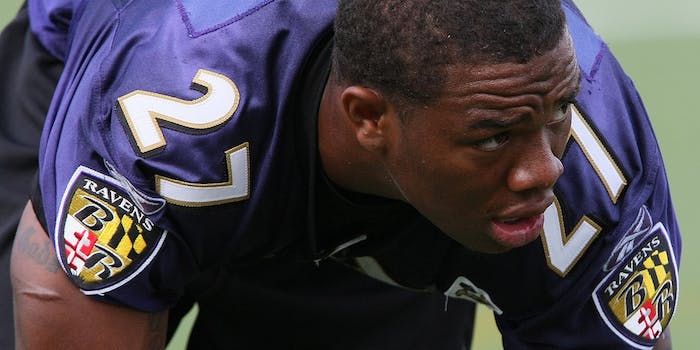 The one thing #WhyIStayed doesn’t mention about partner violence

It's difficult to talk about, but that doesn't mean it isn't very real.

Note: This article features graphic descriptions of domestic violence and may be triggering for some viewers.

Like most people, I was extremely moved by #WhyIStayed and #WhyILeft, the hashtags that surfaced on Twitter in the wake of the media frenzy surrounding surveillance footage of Ray Rice punching his wife Janay in an elevator. It also dredged up a lot of bad memories. My first real boyfriend, whom I dated between the ages of fifteen and eighteen, was batshit crazy and abusive. I’d been trying not to think about him for years, and as I pored through the incredibly heartbreaking responses to #WhyIStayed, it was difficult not to.

But in reading #WhyIStayed, I realized that my painful memories of this person were intermingled with a strong element of what can only be referred to as nostalgia. I remembered the late-night phone calls, the begging, the pleading, the cheating, the blocked chats on AIM, the flashes of pill bottles and scissors, the endless conversations with parents and school administrators to get him to go away, the deep red gashes on his chest and legs and tummy that he made to get me to stay.

But that wasn’t all I remembered. As I clicked through his Facebook photos for the first time in years—God knows why we are still Facebook friends, but we are—I also remembered his lashes, which were ridiculously long, and his dick, which was ridiculously large, and getting mix CDS and long, earnest letters quoting Swinburne and Warren Zevon, and the dizzying feeling of never knowing what was going to happen day to day, if he’d love me or hate me, if he’d call me to come over or call me to tell me I was a useless whore who should kill herself, or if, when he leaned in my direction, he was going to kiss me or hit me in the face. For someone like me, who is relatively introverted and averse to taking risks, being with someone like him was nothing short of an adrenaline rush. It’s probably the closest I’ll come to knowing what it’s like to go skydiving in my life.

There was another reason #WhyIStayed. And it was because even though that period of my life was terrifying, it was also really fucking exciting; to be told by someone over and over again that they are willing to do unspeakable things to themselves and to you, just to demonstrate how deeply they want you, is on some level exciting. I knew #WhyIStayed: Because on some level, I liked it.

This is not something victims of domestic violence, be it physical or psychological, are ever supposed to admit. To do so plays right into the hands of misogynists and victim-blamers, to those who claim that women are somehow complicit in their own abuse. That is not the case. That will never be the case. No woman or man deserves to be abused, and no woman or man deserves to be sharply interrogated about why they choose to stay with their abuser.

But in the wake of the media frenzy over Ray Rice and Janay Palmer, and in the swirl of confessional tweets that have been generated by #WhyIStayed, ignoring one of the primary reasons why women stay with their abusers—because we are the products of a culture that teaches us violence is the ultimate expression of love, and we absorb that lesson hook, line, and sinker—is ignoring a crucial element of the psychology of DV victims, and the culture that allows domestic violence to take root and flourish.

It isn’t Stockholm Syndrome. It is far more complex than that. It’s a culture that delivers mixed messages about women who experience domestic abuse, that gives us vampire stalkers and icy-veined BDSM-loving gazillionaires alongside Tumblrs like Real Men Don’t Hit Women and PSAs of women with bruised knees and broken bones. It’s a culture that tells men hitting a woman is the absolute worst thing they can do, right before they turn on AMC and watch James Bond slap a woman in From Russia With Love, or log onto Pornhub and whack off to James Deen choking a girl through her orgasm.

It’s obviously not porn’s fault or James Bond’s fault or Christian Grey’s fault that intimate partner violence is a thing that exists in our society. But when you look at these examples in aggregate, when you look at all the cultural signposts that implicitly or explicitly not only endorse violence against women, but make it seem like the ultimate expression of love in any healthy relationship—well, you don’t need a hashtag to figure out why women stay with their abusers.

There are women who try to keep their abuse a secret, for fear of what their friends and family might say. But there are also women who make no effort to conceal it, who offer up each bruise and battle scar in conversations with friends the way other couples share wacky vacation stories or quirky anecdotes about that time they got food poisoning in the Bahamas.

I remember having a bit too much to drink and telling a friend that my then-boyfriend had carved the number “9” into his leg after an argument. Even though it was an absolutely insane thing to do, and I had absolutely no idea what the symbolic significance of “9” was (I still don’t), I’d be lying if I said I didn’t tell this story with a small degree of pride, as if I was just so awesome that he couldn’t help but brand himself in my honor. It wasn’t until I saw the horrified expression on her face that I realized how deeply fucked up that was.

For most people, there is something about the psychology of a domestic violence survivor that completely defies reason. “How could a woman let that happen to her?” they ask, as if getting the shit beaten out of you is like going out in the rain without galoshes on because you didn’t have the foresight to check Weather.com beforehand. “Why would she let that happen to her?”

According to the CDC, nearly a third of women in the United States have been abused by their partners. None of these women “let” this happen. But the reasons why it happens and why women stay are far too complex for a hashtag to encompass, and sometimes they fall outside the traditional DV victim narrative. For every woman who stays with an abusive partner for the safety of her children, there are a handful who do so for monetary reasons, or simply because they don’t feel the degree of abuse warrants the monumental time and effort required to go out and start a whole new life on their own. I stayed because I was scared, but also because it was exciting. That might not make us look very good on Twitter. But it does not make us not victims.

If we’re going to start a conversation about why domestic violence victims stay with their abusers, we can’t cherry-pick the reasons, according to our definition of what a DV survivor looks like. Answering #WhyYouStayed with “Because I loved him,” or “Because I thought him hitting me meant he loved me” or “Because it was exciting to feel like someone needed me that much” is embarrassing and painful to admit. But it does not make you not a victim. You are still a victim, the same way a rape victim who goes up to her rapist’s hotel room after midnight or wears a short skirt or even has an orgasm during her rape is still a victim. And even if, in between the tearful phone calls and cowering in the corner and lying to your friends and family about the origin of your bruises, it was exciting to feel so needed so often, it does not mean for a second that you deserved to be loved so brutally.

It took three years for me to realize that while I was cowering in a corner, or locking myself in a bathroom at 3am with my phone begging him not to swallow pills, or watching him slowly lift up his shirt to reveal the slashes in his skin when we’d broken up and he’d seen me kissing another boy at a party, or being chased out of his house with a screwdriver because I failed to make him come, that I was not being loved.

But three years is a long time. And when I entered my next relationship with a sweet, brown-eyed photographer from Texas, which was thankfully remiss of late night suicide calls and infidelities with best friends and AIM death threats, I remember feeling like I was doing something wrong, like something was missing. “Doesn’t one of us, like, have to be in pain for this to be real?” I remember asking him when we finally broke up, over a string of torturous phone calls a few months later.

Of course, nothing was missing, and nothing was wrong; no one has to be in pain for it to be real. But in a world that constantly tells us love is torment and torment is love, while simultaneously telling women to walk out the door when a man offering both enters their lives, Janay Palmer and the millions of other domestic violence victims shouldn’t be faulted for not knowing how to tell the difference.