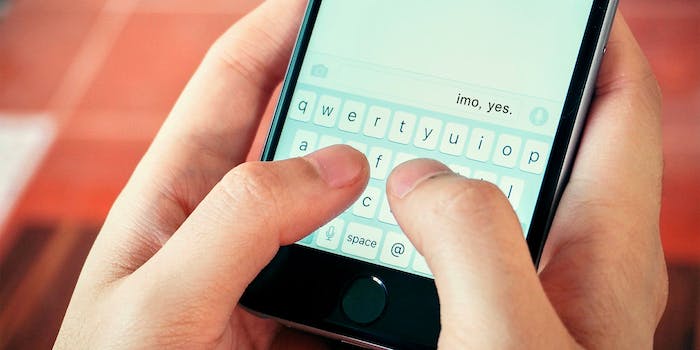 What does IMO mean?

The acronym is very helpful to get your opinion across.

What does IMO mean?

The abbreviation “IMO” is an internet slang acronym that commonly stands for “in my opinion.”

IMO can also be used at the end of a statement or sentence to emphasize the fact that what’s just been said is merely one individual opinion.

The use of IMO, especially on Twitter, is often used in an effort not to appear confrontational, or to make clear that what you’re saying is totally subjective. This is similar to other Twitter phrases like “don’t @ me.”

But “imo” is also used in a passive-aggressive way (e.g., “imo they have no idea what they’re talking about”). And some people use it as a substitute for simply saying, “I know that I’m right.”

An alternative option you will see in use is “IMHO.” This means “in my humble opinion.”

Some people interpret this variation as “in my honest opinion.” But surely no-one gives a dishonest opinion, so this doesn’t make as much sense as “humble.” Either way, it’s a fun way to vary your opinionated abbreviations.

A recent BuzzFeed poll on the topic went viral with an argument about which version is correct. In the end, over 100,000 votes for “humble” saw it edging it forward as the most popular choice with 57% of the vote.

Taking variations to the maximum, IMNSHO can be used to say “in my not so humble opinion” usually used jokingly or ironically.

There is also “in my considered opinion” (INCO), “in my educated opinion” (INEO) or even “in my absolutely honest opinion” (INAHO). Although, TBH, if you’re abbreviating phrases that get this complicated, people might not understand what it is you mean. It’s probably better to stick with the basic IMO or go ahead and spell it all out.

While if you’re talking internet slang, IMO almost certainly means “in my opinion,” but there are other less popular meanings for this particular acronym.