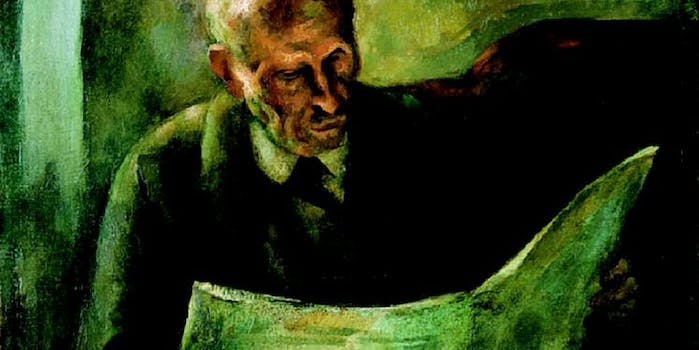 It’s not just about whether or not you have a voice—it’s how you use it.

This past Sunday, my digital rabbit ears unwilling to tune in Fox in time for the Emmys, I resigned myself to watching old episode of Rhoda and scrolling passively through other people’s comments on Twitter. The consensus among those I follow who were watching was that the night belonged to Viola Davis, who made history by becoming the first African-American woman to win the award for Outstanding Lead Actress in a Drama Series for her role in How To Get Away With Murder. Davis used her acceptance speech to thank those who afforded her the opportunity to win the Emmy in the first place:

However, not everyone agreed with her speech. General Hospital star Nancy Lee Grahn took to Twitter to rail on Davis for supposedly unnecessarily injecting race into her speech:

Im a f***ing actress for 40 yrs. None of us get Respect or opportunity we deserve. Emmys not venue 4 racial opportunity. ALL women belittled.

Try being any woman in TV. Wish she’d brought every woman in the picture. I wish I’d opportunity to play roles she has gets.

Statistically, Grahn—as a white actress—has a much better chance of getting a role on TV than Viola Davis does. According to a study conducted by Dr. Martha M. Lauzen, women made up 42 percent of the characters and speaking roles on television. Of those roles, Lauzen reports that “14 percent were African-American, five percent were Latina, six percent were Asian, and one percent were of some other race or ethnicity.” A 2014 Hollywood Diversity Report conducted by UCLA takes it even further—showing that minorities account for only 5.1 percent of TV leads. When you add being a woman to that figure, the number of opportunities is even smaller.

The reason Viola Davis’ speech was offensive to Grahn was, thus, not because of the statistical reality, but because she felt it was not representative of her own experience. Nancy Lee Grahn wanted a broader interpretation of systemic issues in Hollywood—“ALL women belittled” was basically her version of #AllLivesMatter.

But I’m not here to pile on the criticisms of Nancy Lee Grahn, as Grahn has admitted that what she said was misguided. Instead, what piqued my interest was why Grahn felt the need to state any opinion whatsoever in the first place. Because here’s the thing: Her opinion on the subject doesn’t matter. And neither does yours or mine—yet we constantly insist on forming them, sharing them, and disseminating them globally—one Facebook post, anonymous comment, and YouTube video at a time.

The reason Viola Davis’ speech was offensive to Grahn was, thus, not because of the statistical reality, but because she felt it was not representative of her own experience.

Telling our stories can be an important way of sharing experiences with the world. But all too often, we feel the need to do so in order to get a thought—any thought—out of our system, not necessarily for the greater good. We form ideas based on our own limited experience of the world and love injecting our narrative into every story. I’m doing it right now. I did it at the top of the page, where I made you know that I was watching Rhoda curled up on the couch instead of watching the Emmys with the rest of the country.

The personal is easiest for us to latch onto, and it’s often what reads the loudest. But that personal narrative can often act as a slippery slope to bad judgment in a public forum.

Grahn wasn’t the only one who allowed her tweets to get the better of her this week. Noted atheist Richard Dawkins also took to Twitter to call hoax on Ahmed Mohamed, the 14-year-old Muslim student in Irving, Texas who was arrested for bringing a clock he built to school. Dawkins’ problem? That Mohamed didn’t invent the clock, so the boy’s claim that the project was an “invention” is false. As a scientist, the story of The Boy Who Loved Science But Was Mistaken For A Terrorist could have been interested Dawkins, but what’s the point of “debunking” (or rather, correcting) a 14-year-old over semantics?

@I_Love_Atheism Because he disassembled & reassembled a clock (which is fine) & then claimed it was his "invention" (which is fraud).

Furthermore, what is it that makes people like Richard Dawkins and Nancy Lee Grahn feel the need to chime in? Why does any of us feel the need to? To an extent, it’s the nature of our technological existence: In the age of social media, we all have a platform, and we want to stand on it and say something. The empty box on Twitter and the comment section toy with us. We want to relate our experience and to fill the void, even when the void doesn’t necessarily need to be filled.

It’s also a matter of groupthink: Your friends and other people you follow are all saying something, and you want to participate in the largest dinner party debate happening at any given moment. We’re required to form an opinion before entering the conversation: Passive listeners are “lurkers,” the wallflowers relegated to the corner of the room. And because it’s the Internet—not just your private table conversation—all of these half-formed thoughts are there for everyone to pick apart and dissect; they belong to the world now. Once it’s in print, our opinions gather weight, whether they were ever meant to be weighty or not.

But all too often, we feel the need to do so in order to get a thought—any thought—out of our system, not necessarily for the greater good.

Thus, it’s not just about whether or not you have a voice—it’s how you use it. Before we jump into a debate, we have to ask ourselves key questions: Is this worth saying? Does it directly involve me? Is this just my experience, and if so, how is my experience any more real than anyone else’s? Is my privilege obscuring my interpretation? Am I adding to the message or diluting it? And above all, when faced with the emptiness of the Internet’s Great Blinking Cursor, we must ask: What is my right to fill this void?

We live to share our experiences with the world. But there’s also peace and enlightenment to be found in realizing that you’re not the one who has to speak up every time. Instead, I’ve learned how important it is to step aside and listen to others, to allow a moment of history to happen to those whom it impacts, and to not make it about us.

Because I promise you—in this case and in so many others—it’s very rarely about us.