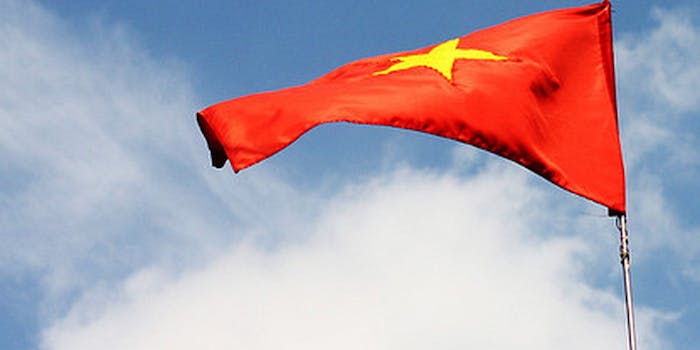 Vietnam to outlaw blogging as we know it

In Vietnam, your blog must be about you, and you only.

Blogging is already a dangerous hobby in Vietnam, where online dissidents are routinely rounded up and imprisoned for upsetting the feelings of government censors. But a decree announced earlier this month from Prime Minister Nguyen Tan Dung is about to outlaw blogging entirely, at least as the rest of the world knows it.

Starting Sep. 1, bloggers will violate the law if they link to, quote, or cite outside newspapers. Your blog should be about you and you only, according to Decree 72 in the country’s “Management, Provision, Use of Internet Services and Information Content Online” law:

If that’s not clear enough, the director of Vietnam’s Broadcasting and Electronic Information Department bluntly cut through the legalese at a press conference:

Personal electronic sites are only allowed to put news owned by that person, and are not allowed to ‘quote’, ‘gather’ or summarise information from press organisations or government websites.

In other words, Vietnam is turning its entire Internet into circa-2001 Xanga: personal diaries as far as the eye can see, without a hint of critical thought to cloud the sunny, autocratic sky.

Some Vietnam netizens are convinced the new decree—which is actually an update to an earlier law that gives the government wide lattitude to censor the Internet—may even ban link-sharing on sites such as Facebook. When Vietnam’s finally done legislating the Internet, what will be left?

H/T The Next Web | Photo by Clara T./Flickr