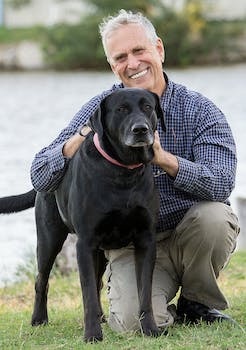 This vet had his license suspended for giving advice online

“If you have a cat, make sure its diet contains plenty of taurine. Otherwise it will go blind.”

That common-sense piece of advice might be illegal in Texas, even if a licensed veterinarian writes it. Texas state law forbids “a veterinarian-client-patient relationship” that is “established solely by telephone or electronic means.”

Hines has been a veterinarian since 1966, practicing until a disability forced him to retire in 2002. He settled in Brownsville, Texas and, with a retiree’s free time on his hands, started a website answering common veterinary questions. He also gave direct answers to questions asked over the Internet, sometimes for free and sometimes for a small fee… and that’s where he ran afoul of Texas law, which forbids a veterinarian from opining on an animal’s condition without first physically examining the animal.

Jeff Rowes, an attorney with the nonprofit Institute for Justice (which is representing Hines in a free-speech lawsuit against the state) argued on Hines’s behalf in an April 9 press release:

“It shouldn’t be illegal for a veterinarian to give veterinary advice. Texas is using a 19th century regulatory model to suppress a 21st century technology. The Supreme Court has recognized that advice is protected speech, and this lawsuit is about ensuring that the Internet can be used to communicate professional advice better, faster, and more cheaply than has ever been possible.”

The Institute for Justice views the matter primarily as a First Amendment issue: Where does the government’s authority to license and regulate certain occupations infringe upon the constitutional guarantee of free speech?

Texas is not the only state with licensing laws that affect online speech, and Hines isn’t the only blogger to run afoul of them. Last year, a diabetic blogger named Steve Cooksey faced four months in prison for urging readers to follow the so-called “Paleo diet.” The state of North Carolina claimed Cooksey’s blog constituted “practic[ing] dietetics or nutrition” without a license.

Cooksey, with Institute for Justice backing, sued North Carolina on free-speech grounds. A federal court dismissed the case last October, though it is currently under appeal.

Meanwhile, Cooksey still maintains his blog, but now includes (plausibly sarcastic) disclaimers urging readers to ignore everything in it. For example, a post from January 16, 2013, titled “Listen to the experts of diabetes care?” starts out by saying, “Whatever you do … do NOT listen to me!!!  I was:  someone who was drug and insulin dependent, taking (4) insulin shots per day, just to survive. Today:  and since March ’09 I have been completely drug and insulin free [….] Do NOT LISTEN TO ME!  Here’s how I eat, click here. ”

It is far too early yet to predict how courts will rule in Hines’ case, or if courts will listen to it at all. The IJ press release noted that, though the U.S. Supreme Court has ruled that giving advice qualifies as constitutionally protected free speech, the court has not considered the question as it applies to giving licensed-occupation advice over the Internet.

The issue is arising more and more at the state level, however. Last month, for example, the Illinois legislature voted to overthrow a 10-year-old law mandating that only licensed dietitians could give “nutritional counseling.” But a nutritional precedent in Illinois is unlikely to help Hines, a veterinary blogger in Texas.

Photo via Institute for Justice