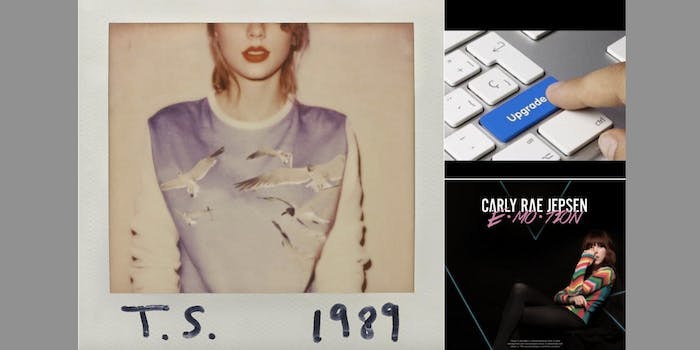 There’s nothing in life the ‘upgrade’ meme can’t improve

On Tuesday night, Twitter went hard on the upgrade meme, utilizing the grid picture layout. All it takes is an original picture, an “upgrade key” image, and the final product. Think of it as a Pokémon evolution. People started off upgrading things related to pop culture:

Eventually, Twitter users began upgrading themselves. Using old photos, they upgraded from their awkward, pubescent phase to the beautiful butterflies they are today.

Similar variations of this sort of meme have been spotted before. It’s not unlike the “name brand vs great value” trope that’s popular on Tumblr, which pits two comparable things together with one obviously the better version, i.e. the “name brand.” Some have taken the upgrade meme even further by showcasing originals that simply cannot be improved—they’re too good already. These examples include President Barack Obama and Britney Spears.

Because we all know Mr. Obama and Godney don’t need to change a single thing about themselves.