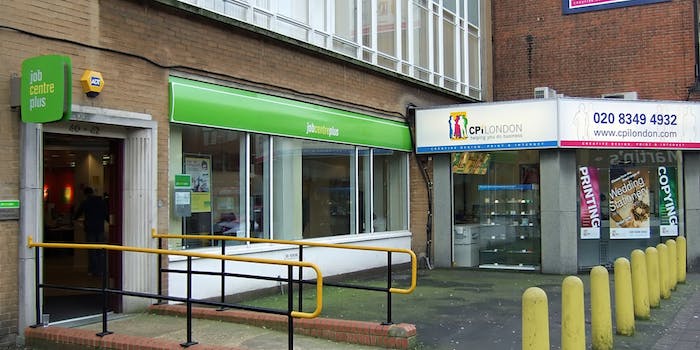 U.K. government Twitter accuses a parody of itself of being ‘confusing’

As one commenter put it, “Just cos you don't like the taste don't mean it ain't food.”

Here’s some advice for anyone running an official government Twitter account: Don’t engage with parody accounts. In fact, don’t acknowledge them at all.

Unfortunately, the Twitter account for U.K.’s Department of Work and Pensions broke that rule yesterday by telling a satirical account that it was “confusing” people and should stop tweeting. Even more embarrassingly, the parody account (@UKJCP, which satirizes the U.K.’s Job Centre network) has several thousand more followers than the official @DWPgovuk’s paltry 7,900.

@UKJCP Can you stop RT tweets we have not written – it is not satire and is confusing to customers. It also exceeds your twitter agreement

@UKJCP has been going for several years now, mocking the British government for having a draconian attitude toward unemployed people. In recent months it’s become increasingly political, moving away from Onion-style headlines and toward active campaigning against recent austerity measures. Its speciality is pointing out the harsh nature of programs such as the new “workfare” scheme that force many young people to work for government-subsidized corporations without pay.

We’re simplifying the class structure in the UK by replacing working, middle and upper class with mega-rich & mega-poor classifications.

Without getting into an in-depth discussion about what does and does not qualify as satire, it’s safe to say that people are unlikely to mistake this type of tweet for official policies coming from the real Job Centre organization.

As per Twitter’s guidelines, @UKJCP even says in its Twitter bio that it’s a parody account, making the DWP’s complaints look even more defensive and unnecessary. Also, purposefully bland governmental social media accounts probably aren’t the best place to be doling out humor advice. As one commenter put it, “Just cos you don’t like the taste don’t mean it ain’t food.”