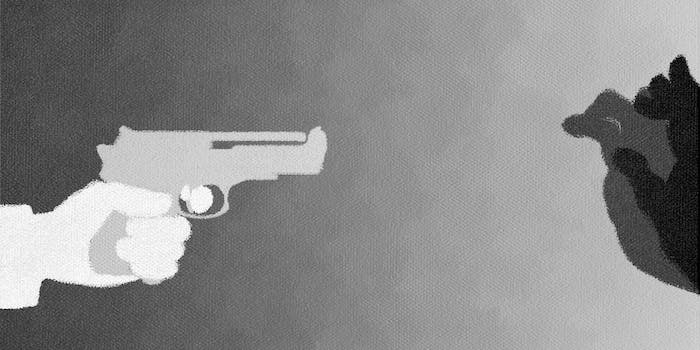 Discrimination is about more than violence.

The police are making headlines on the Internet again, and to the surprise of no one who’s been paying attention, the headlines aren’t good.

This time, said headlines are coming out of Parma, Mo., where Tyus Byrd made history last week, becoming the city’s first female black mayor. However, this important moment was quickly overshadowed when five out of the city’s six police officers promptly resigned from their positions right before she was sworn in. Because of Parma’s small size, this actually accounts for 80 percent of the entire force. Only two of the officers were full-time city employees, but they were also joined by Parma’s city attorney, city clerk, and water-treatment supervisor in stepping down.

Vague concerns over “safety” have been floated as these officials’ reason for leaving, though outgoing Mayor Randall Ramsey—who served the city’s government for 37 years—said the officers gave no indication of such concerns prior to their resignation. “I think it was pretty dirty the way they all quit without giving her a chance,” stated local resident Martha Miller, upon hearing the news. “But I don’t think they hurt the town by quitting, because who needs six police for 740 people?”

Indeed, it’s unlikely that the aforementioned former Parma employees meant to hurt the town by quitting, but sadly, it’s all too likely they meant to hurt Byrd. A former city clerk and missionary, there is absolutely no reason that has emerged at this time to suggest Byrd is somehow unable or unfit to be the mayor of a small town like Parma. And taking into account not only her gender, but also her race and the fact that Parma is just 550 miles south of Ferguson, Mo., the actions of Parma’s police and city officials look pretty egregious.

In fairness, Parma has suffered a wave of burglaries recently, and it’s possible the officers who resigned simply felt that Byrd was ill-equipped to manage this minor upswing in crime. But sadly, the real reason probably stems from a multi-layered culture of racism that continues to pervade America’s police departments.

The events of the last year have taught us that Americans are racist in ways they don’t fully understand, but our current racial climate has also illuminated the great disparity between the way white and black Americans see cops, with polls indicating that white Americans tend to have a more favorable opinion of law enforcement. Gallup data from 2014 showed that while just 34 percent of black folks report confidence in police, a 61 percent majority of white people say they do trust their law enforcement.

Our current racial climate has also illuminated the great disparity between the way white and black Americans see cops.

Part of this discrepancy has to do with the makeup of most small town police departments, which tend to be overwhelmingly white. According to the New Republic’s Rebecca Leber, Ferguson’s police department clocks in at 94 percent white, which is only 6.5 percentage points above the average for a city its size, and the New York Times and Washington Post suggested that these ubiquitous racial gaps are likely behind the wider divides between black communities and white cops trained to look at them as the “enemy.”

But if Ferguson has demonstrated anything, it’s that police racism isn’t just about diversity on the force—it’s also about institutionalized racism that exists within the greater mindset of policing. In an interview with NPR, Capt. Tracie Keesee, co-founder of the Center for Policing Equity at UCLA, said to Melissa Block that when she told her family she wanted to become a police officer, they were worried her safety would be in danger, “not necessarily from someone from my own community but from something or someone inside of the police department.”

Traditional police brutality is not the only way racism manifests in law enforcement. As Keesee recognizes, black people are just as much a target inside the department as they are out of it. Sometimes, this is evident in the way officers react to black officials, such as in the case of Tyus Byrd, but more often than not, it manifests itself in bureaucratic gerrymandering, put in place to make the black community easy targets.

Take, for instance, Department of Justice’s recent revelations about the Ferguson police. Reports found that the city systematically raised revenue by ticketing and fining black citizens in disproportionate numbers. Apparently, Ferguson’s budget was so bad that police had “little concern with how officers do this,” so long as the job got done. Officers who didn’t issue an average of 28 citations per month were even disciplined for their poor performance. According to federal investigators, one officer actually gave out 14 tickets in one single incident.

Police racism isn’t just about diversity on the force—it’s also about institutionalized racism that exists within the greater mindset of policing.

By 2013, revenue from these municipal violations had hit $2.46 million. Never mind that Ferguson police had written so many tickets, they ended up in the top eight of the 80 municipal courts in St. Louis County when it came to violations, despite having a population of just 21,000. To top it all off, the fines they issued were also among the highest of surrounding municipalities.

A less publicized but no less shameful example of this exploitation came out of Tampa, Fla., where it was revealed earlier this year that Florida police were targeting bike riders in poor, black neighborhoods. Eight out of 10 bikers stopped in Tampa between 2003 and 2015 were black. That means that 79 percent of bike tickets Tampa police officers gave out over almost 12 years were issued to black people. A 2007 memo from the department called the operation a “Bicycle Blitzkrieg.” Specific altercations led to black men having their bikes taken away, and even being stopped, handcuffed, and beaten, all for pedaling while black.

As the state of Missouri was still grappling with the tragedy of Ferguson last fall, Kevin Cokley of the St. Louis Post-Dispatch attended a forum on police injustice in Austin, Texas. There he also found a department that refused to admit ingrained racism in police culture and that insisted unfavorable attitudes towards the police were not their fault. His conclusion: The best way for police to fix their race problem is to admit there is a problem to fix.

If police truly want to improve their image and reputation among black citizens, they must first acknowledge that the black community’s mistrust of police is rational and justified. Police must also admit racial bias exists not only in the attitudes and behaviors of some individual police officers but also in the institutional culture of police departments where the unwritten rule of the “blue code of silence” protects officers who harbor racist attitudes and engage in racially discriminatory behavior.

Finally, police officers must understand that community trust is earned not given.

Perhaps the most important conclusion to draw here is that police brutality isn’t just about violence after all. Black people mistrust the police because the police mistrust them. From the shooting of Michael Brown, to the discrimination against Tyus Byrd and the rampant citations in Ferguson, Tampa, and other cities across this country, law enforcement officials have proven that brutality comes in all shapes and sizes. Discrimination and racism permeate police departments in this country from the top down. We shouldn’t only be focusing on one facet of it. Just because you don’t see your local police shooting and beating black people, doesn’t mean they aren’t implicated in a racist system.

Mayor Byrd is set to investigate the resignations of the officers who left the Parma Police Department in reaction to her election, though she has indicated it isn’t her top priority. While her tenure as the city’s leader has yet to yield any real results, or even demonstrate her capabilities, this restraint already makes her more honorable than the officers who left her behind. “If the very presence of a black woman in power causes you to fear for your safety, you shouldn’t be a public servant,” writes Shaun King at Daily Kos.

To go one step further, if the very existence of black people in a given city makes police department’s abuse their power, maybe it’s time to question whether we should be giving them that power to begin with.