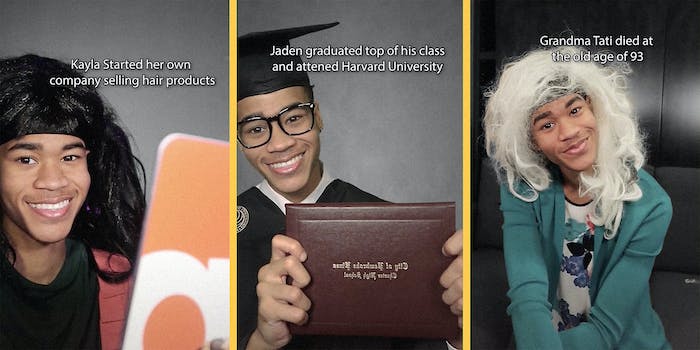 The trend started as a way to spoof the ending of Black movies.

We’ve all had those moments where we’ve vowed to get our lives together, or stop doing that one thing we always do. Sometimes there’s an audience present, ensuring we’ll keep our word.

A freeze-frame TikTok trend, scored by Twista’s 2004 song “Hope,” is opening up those moments to a bigger audience.

The trend uses the song’s chorus, which features Faith Evans singing: “I’m hopeful, yes I am, hopeful for today.” That’s typically subverted by a TikToker stating something they’re going to do (or not do), freezing the frame, then showing how things actually went down. Everyone’s familiar with how “Don’t worry, I’m just having one glass” works out.

While the trend has many iterations now, it started circulating back in January as a way to spoof the ending of Black movies.

It’s an uplifting chorus for a song that starts off mourning the deaths of Aaliyah, Left Eye, and “everybody lost in the Twin Towers.” “Hope” was released in late 2004, and featured on the soundtrack of 2005’s Coach Carter; last year, Twista released “We Rise,” which referenced his 2004 song and updated the lyrics to include the names of those killed by police.

Twista also referenced the renewed popularity of “Hope” over the weekend, reposting a list of “TikTok Hits” to Instagram.