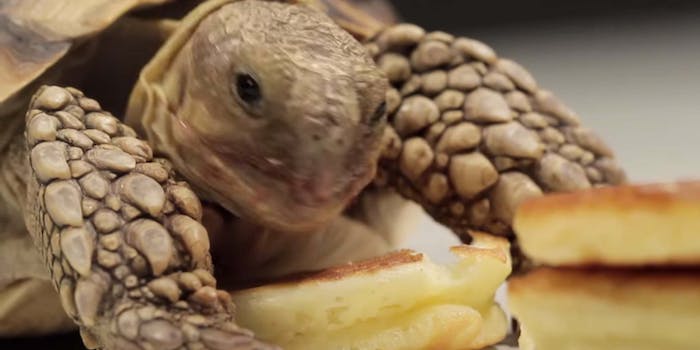 Conventional wisdom says that the key to starting your day off right is having a delicious breakfast. If that’s the case, then these four turtles are going to have a really awesome day.

Oz, Tails, George, and Ralph are the hungry dudes who star in the video, “Tortoises Try Tiny Pancakes.”

Should you feed pancakes to tortoises? Probably not, but like, it’s chill, because it was only a few bites and there wasn’t any butter or syrup on the pancakes.

Did these tortoises like it? Some did! But some of them didn’t even want to try the pancakes. Some of us are adventurous eaters, others are not. It’s fine!

Look at this little guy going to town: 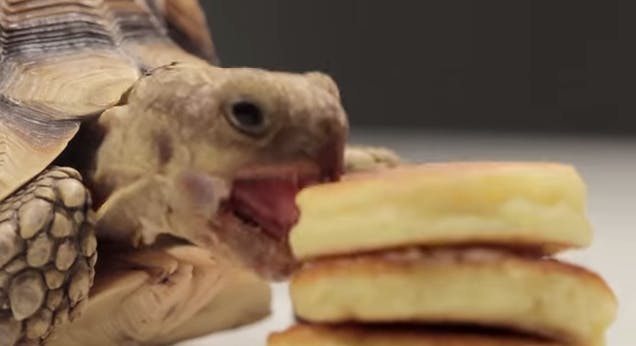 That’s the face of someone who knows what he wants in life and isn’t afraid to go after it. He’s the tortoise king and nothing will stop him.

Then there’s my other buddy over here: 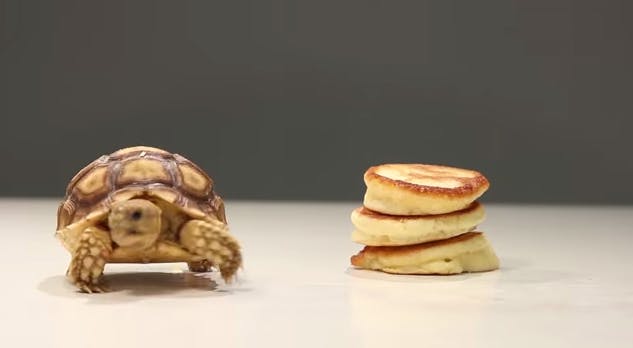 He’s not that cool with the idea of pancakes. It’s OK, though. Throughout our lives, we may leave something great on the table that we will one day regret. We just have to cross our fingers and hope that another great opportunity will come around. This guy is just hoping for that next thing. I’m sure it will come to him.