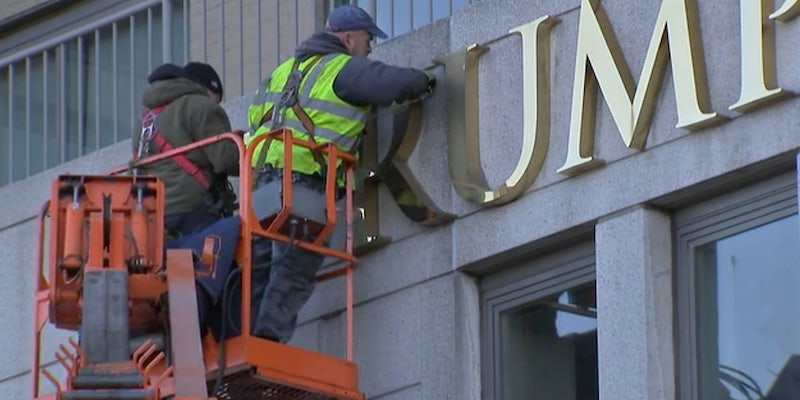 A petition that was actually successful.

It has been a week and some change since Donald Trump won the presidency over Hillary Clinton. That’s wild, right? From the outrage to the protests to the online petitions, it feels like we’ve been dealing with the insanity of “Donald Trump is somehow the president-elect” much longer.

And according to the internet, Trump winning the White House might be the end of the world as we know it.

The end of the world is near .

Donald Trump as president, didn't think the end of the world was this soon

Donald Trump could be president. I'm not religious but, god help us all. Party like it's the end of the world guys. #americaisoverparty

The end of the world is coming soon. It will happen by the hand of #DonaldTrump the professed #666 of the Bible.

So far there have been no world wars, there haven’t been any famines, and Oprah told us to take a deep breath in the aftermath of Trump’s win. We might not be breathing easy anytime soon, but Earth is still rotating, so that’s something.

Some people who aren’t doing any deep-breathing exercises are the residents of swanky Upper West Side condos who signed a petition to have Trump’s name removed from the buildings they live in.

You have to give it up to these guys for not letting Trump’s win get the best of them. Sure the majority of us are probably not as rich as them and will probably never be able to afford a month of their rent, but it’s cool that there are people out there who don’t want to be associated with such a polarizing figure and are standing up for something they believe in. Even if they are part of the 1 percent.

Aaron Bollman, who has occupied one of the buildings for 10 years, stated that the Trump signs never added any kind of panache to where he lives.

We’re with you Aaron. In terms of panache, we are truly with you.