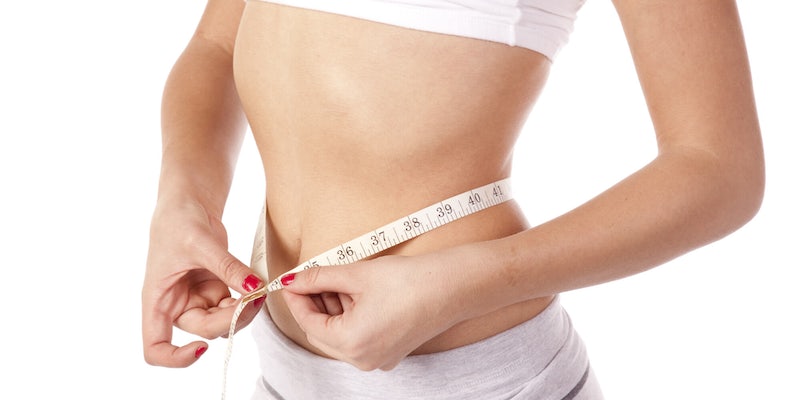 The videos typically tout unsafe weight loss methods or reinforce the idea that 'thin is better.'

The stress and uncertainty we’re all feeling due to the coronavirus pandemic affects each of us differently. For some, it leads to binge-watching Netflix and finally learning how to use Zoom. For others, it is resulting in an eating disorder.

Videos shared via TikTok, in particular, are fueling concerns about eating disorders in young people. In recent weeks, the video sharing platform has seen a rise in videos touting “extremely unsafe” weight loss tips, according to eating disorder experts.

The Butterfly Foundation, an eating disorder support group, told ABC the pandemic has elevated this trend. The app’s primarily young user base has been increasingly sharing and consuming content that promotes unhealthy weight loss practices.

The videos themselves have been cropping up on the platform for years now. With everyone stuck at home, however, the popularity of this trend has skyrocketed. Videos, often captioned with phrases like “what I eat in a day” or “how to lose weight” are now consumed by users—often in their teens—on a daily basis.

The pandemic has only heightened these issues, according to Trinick.

“People living with an eating disorder during this time have indicated a significant increase in eating disorder behaviors and thoughts due to the high levels of stress and uncertainty associated with COVID-19,” she said.

TikTok’s terms and conditions clearly outline what type of content is allowed on the platform. Under its terms and conditions, TikTok outlines that “any material that would constitute, encourage or provide instructions for a criminal offence, dangerous activities or self-harm,” is unallowed. “Do not post content that supports pro-ana [anorexia] or other dangerous behaviour to lose weight,” the site’s page reads.

Despite these distinct warnings, videos that clearly violate TikTok’s rules remain on the platform. “While this in itself is an issue, what is even more worrying is that these behaviours are being shared with other TikTok users who may then engage in the same behaviours or make body, weight, shape, appearance comparisons to the person in the original video—who may indeed have an eating disorder,” Melissa Wilson, the Butterfly Foundation’s head of communications, told ABC. “Unfortunately, the issue of exposure to harmful content such as this is heightened by the fact that TikTok, unlike other social media platforms, is relatively unmoderated.”

TikTok has made several attempts to include support measures and safety warnings, but Wilson says it isn’t enough. “While we are concerned that TikTok is targeted at a younger demographic…the bigger concern is the lack of moderation and safety messaging,” she said. “Due to the user-generated and largely unmoderated nature of TikTok, protecting people from harmful content is extremely challenging.”

The restrictions that TikTok has attempted to put in place provide easy to locate loopholes for users to exploit. Other, older social media platforms have far tighter restrictions.

In response to the criticism these videos have recieved, a spokesperson noted that the platform monitors and removes “red-flag language including those related to eating disorders.” TikTok also attempts to redirect users using that language to supportive resources.

“We care deeply about the complex and multi-faceted issue of eating disorders,” the TikTok spokesperson told ABC. “If we become aware of any content that violates our terms of service and community guidelines, we will take immediate action to remove content, terminate accounts, and report cases to law enforcement as appropriate.”