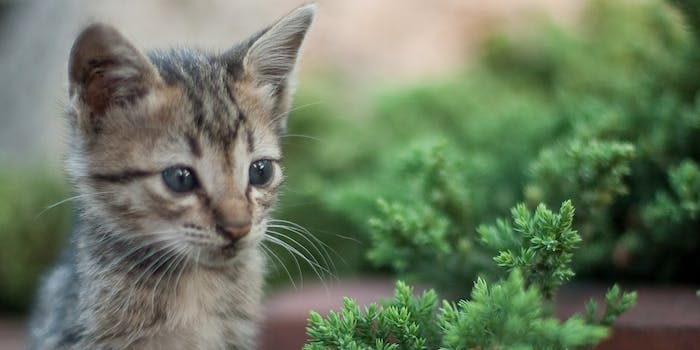 Cats have ruled almost every social platform on the internet from YouTube to Twitter. Now they’ve come to TikTok, the video-sharing app that has led to viral challenges, like this one where users turn slowly to mimic a microwave. In one of the latest video trends, identifiable by the #dearkitten hashtag, users share videos of their cats with a voiceover that details the daily challenges that felines face.

“I have been stalking an insect on the wall for the past three days now,” the narration starts in a video by user @mr.buddypants. “All of my attempts to catch it have been thwarted. However, today, on further inspection, I found out that the insect was, in fact, a thumbtack.”

Other videos tagged with #dearkitten follow this format of featuring an older cat giving advice to a younger cat.

You might recognize the voiceover in these videos. The “dear kitten” monologue actually comes from a Friskies commercial that was created by BuzzFeed in 2014.

The video, which has been viewed more than 30 million times on YouTube, is getting a new life on TikTok.

The “dear kitten” videos aren’t the only popular cat videos on the platform. Here’s a video from user @beezeanna featuring a cat in a police hat with a miniature toy gun that was a huge hit on Twitter.

And here’s another cat video featuring “Coincidance” by Handsome Dancer, a popular song choice on the app.

TikTok, which is home to a lot of earnest video content, is now a place to find cat videos that are reminiscent of the early internet. We’re not complaining.