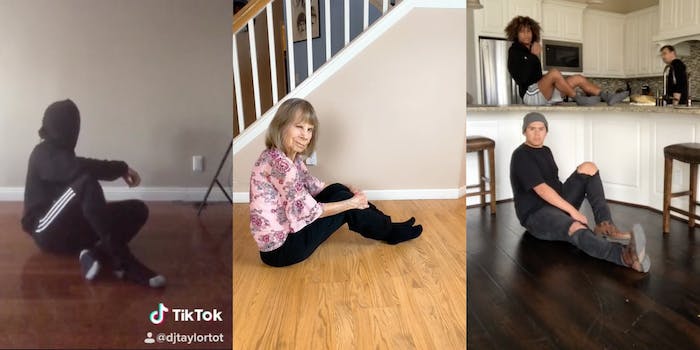 The microwave challenge is taking over TikTok

It's not magic—but it's close.

Have you ever stood in front of your microwave, mesmerized by the slowly spinning food that’s getting hotter before your eyes? That’s the inspiration behind TikTok’s new viral microwave challenge. But instead of food spinning, it’s a person.

According to Know Your Meme, it all started with TikTok user @djtaylortot, who last month uploaded a video set to a song by Japanese music artist Joji called “Slow Dancing in the Dark.” The video showed @djtaylortot seated and spinning slowly on the ground, as if by some unseeable magic force. It quickly racked up more than 33,000 views and more than 67,000 likes.

The microwave challenge caught on quickly. Participants often sit on hardwood floors and use their hand to slowly spin themselves around. The videos are all set to “Slow Dancing in the Dark.”

Some also appear to be attached to string and pulled by someone off camera to create the illusion. Regardless of the method, the idea is to spin around in a way that looks smooth and effortless.

It seems that until TikTok’s next viral challenge, folks will just keep spinning.