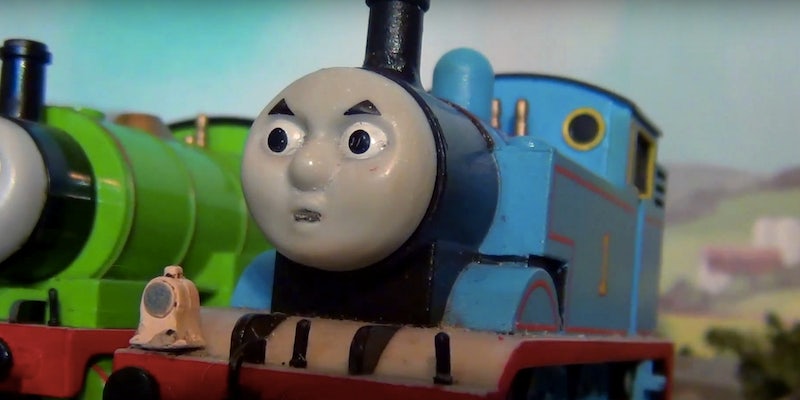 This is a trainwreck.

This is the tale of two parody accounts, both alike in dignity. One is @Thomas_Reacts. The other is @ThomasReacts_. They do the exact same thing, which is to mine the children’s TV and film franchise Thomas the Tank Engine for images that can be recontextualized with semi-relatable captions to create what we in the content game might call a “meme.”

When you're shagging your neighbour's wife and suddenly hear the front door open downstairs pic.twitter.com/fjeIXVcWJc

This, of course, did not go unnoticed by @Thomas_Reacts—which, by the way, self-identifies as “The *ORIGINAL* reactions page for the number one children’s TV show Thomas & Friends” in its bio. So step off. 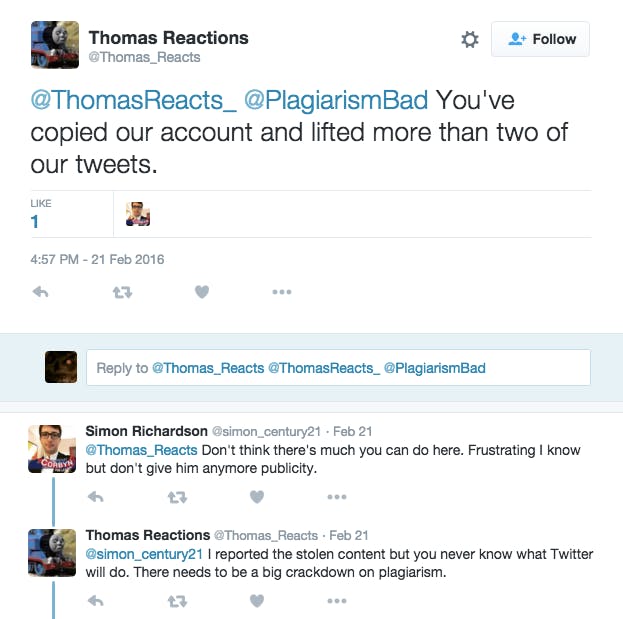 Sadly, the bigwigs at Twitter Inc. were unable or unwilling to stanch the tide of brazenly duplicated Thomas the Tank Engine memes, otherwise the feud may have ended then and there. Instead, there was bloodshed. And even as @ThomasReacts_ deleted its cavalier replies to charges of plagiarism, @Thomas_Reacts doubled down with a vengeance.

Two Thomas the tank engine reaction shot accounts are fighting on line. What an amazing time to be alive. pic.twitter.com/xjrFWA5SgH

@ThomasReacts_ @PlagiarismBad You deserve it for stealing jokes. 'Comedian' my arse.

@ThomasReacts_ Wonder where you got that idea from…

@ThomasReacts_ I would steal your tweets if they weren't so shit

@ThomasReacts_ Nobody's laughing at the tweets you made up yourself

The one-sided attacks from @Thomas_Reacts got so intense, in fact, that trolls on the sideline started firing back. 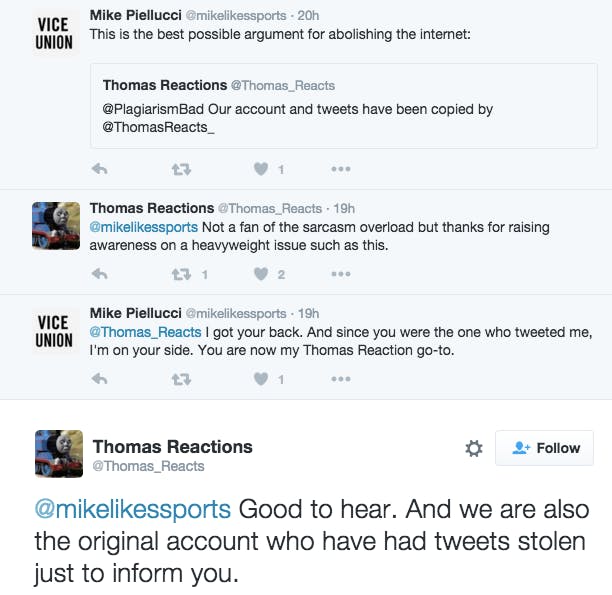 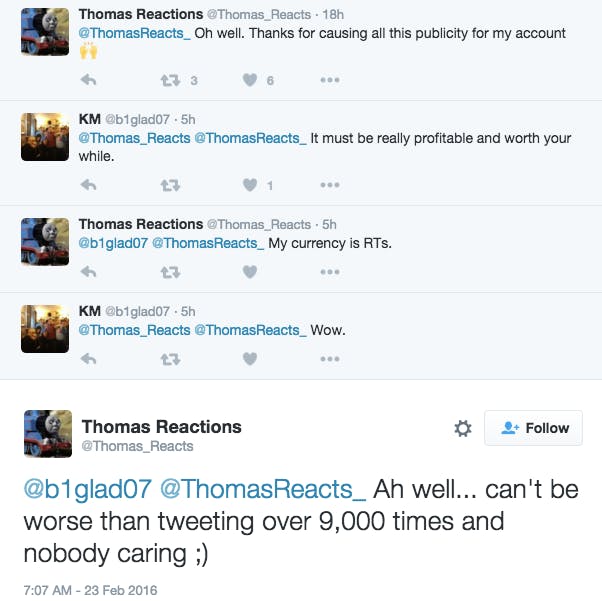 Eventually, BuzzFeed’s Alan White was able to broker an historic peace accord between the two reaction shot accounts. But the damage was done.

Is it honestly worth tweeting from this account again? I feel the pinnacle may have been reached today.

Fear not, though. In short order, @Thomas_Reacts was back to tweeting timely, top-shelf, and, above all, original stuff. Like this:

The girl who always messages first on Tinder pic.twitter.com/M6DgmYbUXp

Hmm. What’s an image that says “time to log off forever”?