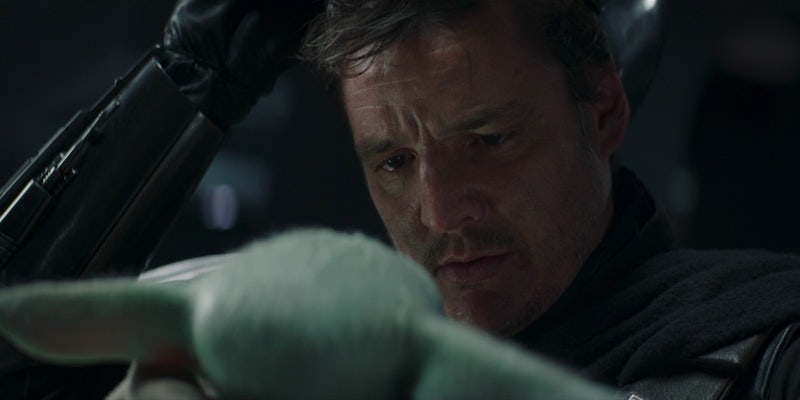 How culture clashes turned ‘The Mandalorian’ into a diaspora story

There is more than one Way.

Spat derisively into the salt spray of Trask, the insult can hardly be a new one for the titular Mandalorian. Throughout the galaxy, he has been the Other, mysterious and exotic enough that he’s far more often identified as simply “Mando” than his own given name, Din Djarin.

But this time, it’s not a fellow bounty hunter cruising for a bruising that’s micro-aggressing Din. It’s someone in armor much like his own. Suddenly, The Mandalorian is just A Mandalorian, and his whole world is about to get a lot more complicated.

While the first season of The Mandalorian saw Din fully embrace the creed of his Mandalorian covert (pithily and frequently invoked as “The Way”) and his mission as baby Grogu’s foster-dad, the second season, which came to a close on Dec. 18, throws him against the forces most likely to shake the pillars of the identity that has so far informed his every action. His quested task to return Grogu to his “people” requires that he likewise find more of his own kind. Things seem to be looking up for him when Bo-Katan Kryze (a Clone Wars favorite now making her live-action debut) and her “New Mandalorians” show up to rescue him and Grogu from some squid-faced jackasses. But when the newcomers promptly doff their helmets, Din considers them anything but kin.

“You’re not Mandalorian,” he accuses. “You are a Child of the Watch,” she informs him slowly and matter-of-factly, with the patience of someone explaining some Africans are white. “Children of the Watch are a cult of religious zealots that broke away from Mandalorian society.”

Din now finds himself not just an outsider among the usual Outer Rim denizens, but among his own people—and for the highly hyphenated among us, his journey from here suddenly strikes much closer to home.

‘Star Wars’ and the last of one’s kind

The Mandalorian is a show full of characters who are the last of their kind in a world hostile to their continued survival; Grogu, of course; a much-harried Frog Lady; even in many ways Luke Skywalker himself when he makes his surprise finale appearance. But something about the Mandalorians, in particular, has always seemed to speak most clearly to diaspora culture.

Perhaps it’s that the two most popular Mandalorians in the Lucasfilm canon are played by two men of color in a franchise that has historically struggled with making a galaxy far, far away more melanated, and whose respective cultures have influenced how the Mandalorian story is told and represented. Temuera Morrison, now back from the dead as Boba Fett in an internet-breaking arc on the show, told the New York Times this year he “wanted to bring that kind energy and wanted to bring that kind of spirit and energy, which we call wairua, [to the role],” and will surely get the opportunity to further mold the character in his own spinoff to come in 2021.

Certainly the experience of being forced out of a homeland by Imperial(ist) forces is one many immigrant communities can relate to throughout history, as is passing down a shared language and mythology orally among the various scattered enclaves.

But what really cements The Mandalorian as a diaspora story isn’t what the Mandalorians have in common as a culture—it’s what they disagree on. There are two Mando-vs.-Mando standoffs between three different kinds of Mandalorians over the course of the second season. Din states in the final episode of the previous season that Mandalorian is not a race but “a creed,” but never is that creed more tested than when both Boba Fett and Bo-Katan reveal there are more Ways than his own.

Din Djarin being caught between both the past and future of the Mandalorians begs the question of who counts as a “real” Mandalorian in a way that is familiar to any immigrant that’s had to navigate the tension between ancestry and assimilation. Though sharpshooter Migs Mayfield (in a delightful performance by Bill Burr that is pretty much Masshole-in-Space) lumps them all together with a kind of racist “look at your race,” the cultural differences among those who claim the identity have never been starker. Din squares up to gate-keep not just one but four separate Mandalorians over their right to wear the armor, and he gets gate-kept right in return for being a fundie weirdo.

This purity testing and cultural infighting are the hallmarks of any diverse diaspora community, and the criteria by which the Mandalorians measure each other is hardly unfamiliar to anyone who’s rusty in their “mother tongue” or been told to go back to a country they’ve never seen. They tussle over the style of dress (“You do not cover your face.”), the purity of parentage (“Don’t you mean your donor?”), and varying levels of connection to a distant homeland (“You’ve got to be kidding me. Mandalore?”), and it’s not hard to draw parallels to many modern culture clashes.

Each of the Mandalorians are made Mandalorian in different ways—by creed, by birthright, or by parentage—and so it’s no wonder Din, Bo-Katan, and Boba have vastly different priorities when it comes to what the Mandalorian identity means. But the diaspora experience is also just as much about seeking to belong as it is the forces that prevent it, and it’s clear this past season that everyone is looking for belonging in their own way, from frog couples reuniting on estuary moons to former shock troopers going legit. Boba shows Din the chain code in Jango’s armor that links him to his father, a foundling like Din, and they agree: This is the Way. Din brings Bo-Katan to the Darksaber so she can reclaim her homeland; this too is the Way. They all come together to reunite a father with his child, so Din can, in turn, reunite Grogu with his “kind” among the Jedi, and though it breaks our hearts, we all know by now—it is the Way.

Perhaps it’s true after all when Bo-Katan says that “Our enemies want to separate us. But Mandalorians are stronger together.” Then again, with the Darksaber and the right to rule as Mand’alor now looming over Din next season, it seems unlikely the most notoriously warlike culture in the galaxy will find a peaceful resolution to this little snag. But what family doesn’t have its fights?