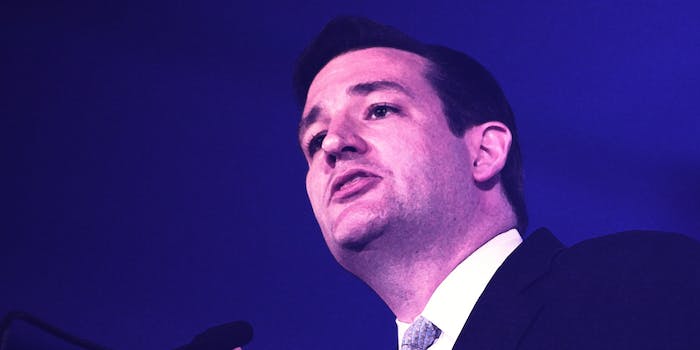 There’s no better way to cruise toward political success than by harnessing the power of the Internet. Obama’s 2008 win, for example, wouldn’t have happened without the help of a little thing called social media.

But in today’s Washington, it’s not just about clever tweets and viral videos. Memes are the key to success.

Ted Cruz supporters believe in the power of these shareable images and jokes that have flourished over the past couple of years. So they have created the Ted Cruz MEME Page, a Facebook group dedicated to all the conservative values the presidential candidate represents—all conveyed with a big white font—in order to get their man into the Oval Office. 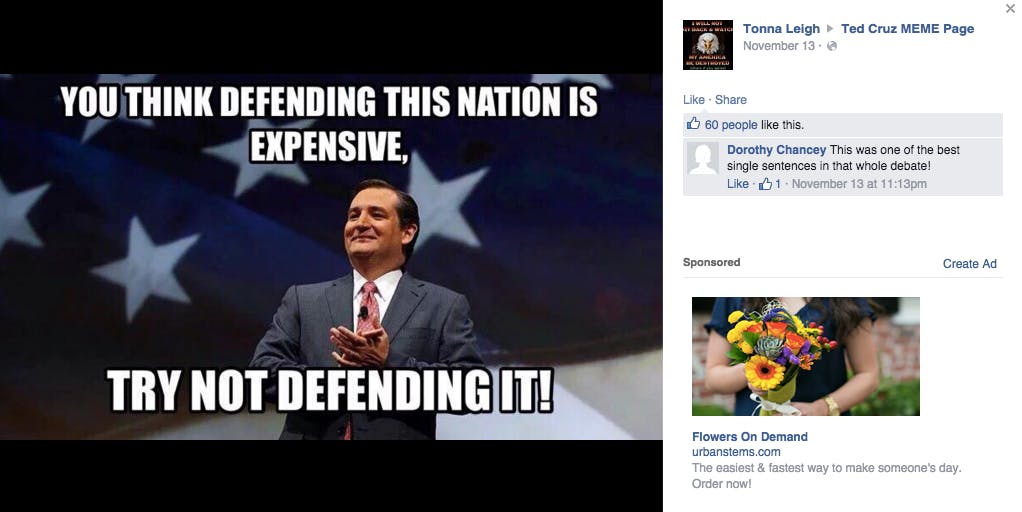 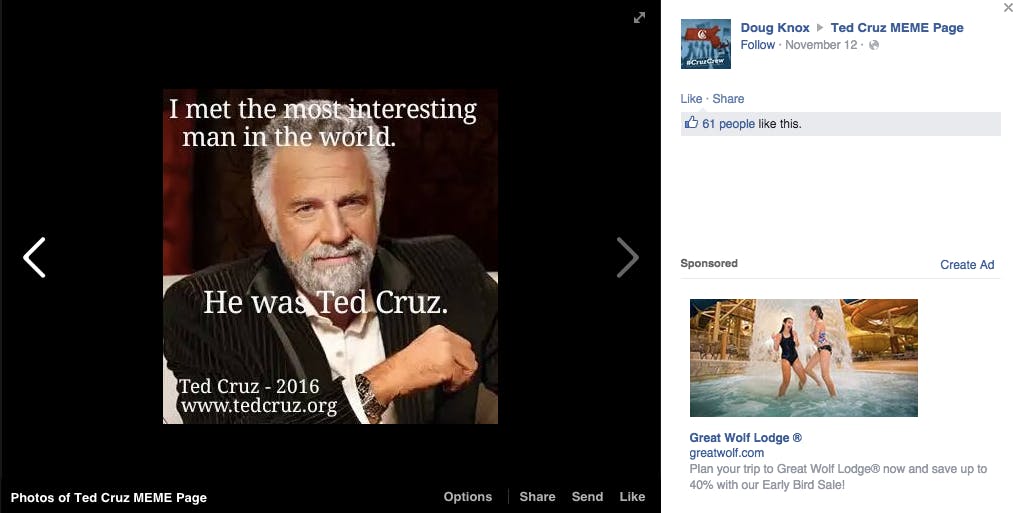 The page is described as a “library for Ted Cruz Memes only,” and has almost 3,000 members, with 15 admins running the show. It’s public, but if you want to post and comment, you’ll have to join the group.

“Once submitted the meme will be added as long as it is a high or medium level meme, is not a duplicate, does not contain pornographic or inappropriate material,” page admin Tera Brinkley wrote in the pinned post. “We do not post memes that break the Ronald Reagan rule, but we will post memes that compare and contrast candidates.” What exactly is a high or medium level meme? Can we have a chart that explains that?

And while they won’t talk smack about any other Republicans thanks to the “Eleventh Commandment,” they have no problem attacking presidential candidates from other parties or even their supporters.

Yeah, Ronda Rousey‘s loss is totally because she endorsed Bernie Sanders. Because, you know, supporting a candidate who wants to help get rid of college debt really drains your ability to bring it in the ring.

Election memes aren’t necessarily the most innovative idea, but those floating around Reddit and Twitter are executed with a certain amount of humor that breathes virality into them. They also are aware of the current meme landscape, currently dominated by Rare Pepes and Vine remixes.

Meanwhile, the memes created for the Cruz page falter because they’re out of touch with what more modern memes look like. The heyday of image macros with familiar white font is over—but the Cruz boosters inist on this clunky layout. The group dates itself even further with trying to use formerly popular memes often used ironically nowadays. The Most Interesting Man in the World and Lion King memes would make the Tumblr teens scoff and roll their eyes. Lots of these posts also just don’t make any sense in the context of the original meme, making them so tone-deaf that it’s actually laughable. Some of these posts literally aren’t even memes! They’re just photos with Cruz quotes on top of them. 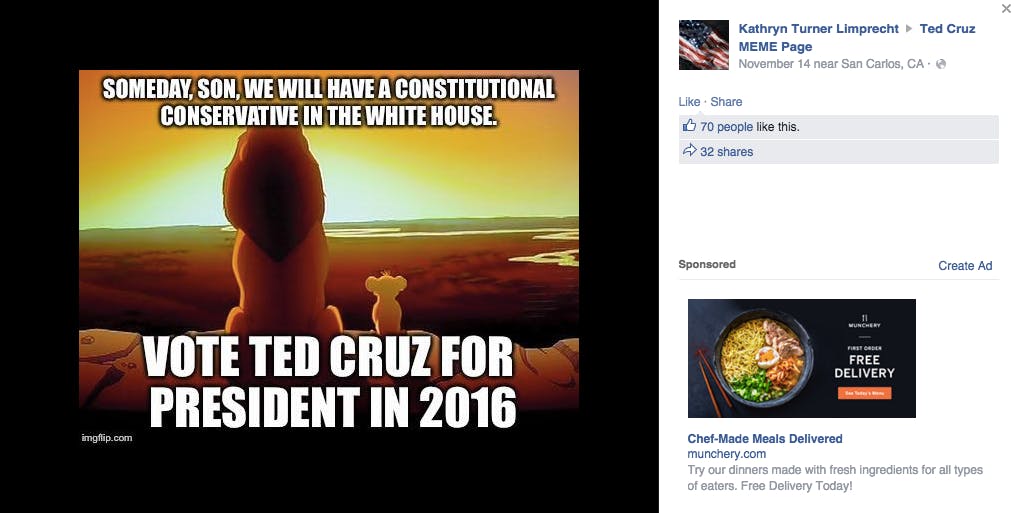 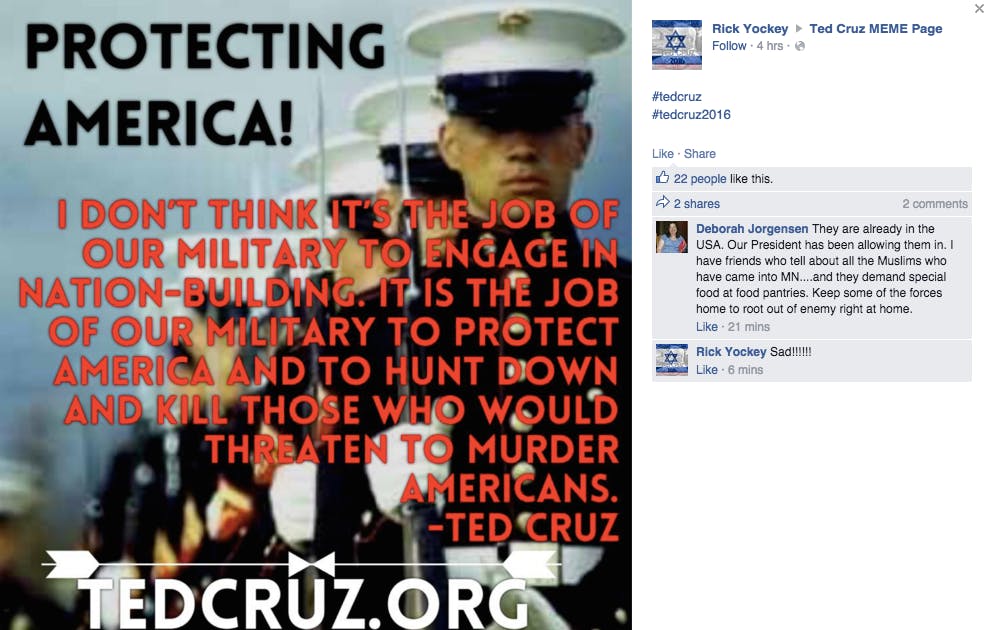 While these so-called memes might help Cruz supporters connect with one another, it doesn’t seem like they have any grassroots effect. And it’s making me wish these people didn’t have access to meme generators. Whatever their personal politics, these Cruz meme makers are what’s wrong with today’s meme economy.

.@GOP your memes are as dated as your policies.