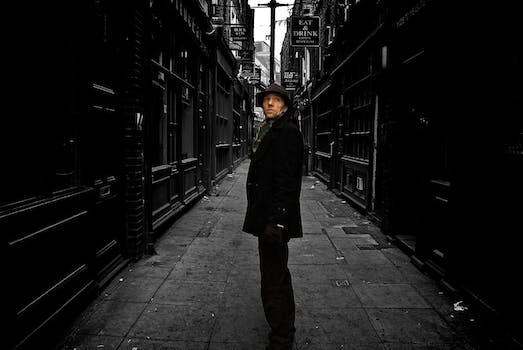 A recent hashtag showed how ridiculous it would be if men approached other men on the street. But why is it so strange?

After that NYC catcalling video went viral online, some men (not all men!) were upset, not because they were trying to defend their right to shout “nice tits” at a random woman, but because even non-sexual comments were being defined as harassment. For instance, Michael Che, co-host of Saturday Night Live’s Weekend Update, wrote on Facebook, “I want to apologize to all the women I’ve harassed with statements like ‘hi’ or ‘have a nice day.’”

In response to comments like these, This Week in Blackness CEO Elon James White created a hashtag called #DudesGreetingDudes:

Im so confused as to why dudes are complaining about not being able to say hi to women. Go say hi to other dudes if you need to so bad.

“I’m just saying. I’m a nice guy. I just want to say HI. And you’re going to accept this greeting whether you fucking like it or not.”

Dudes. If you feel society has lost it’s decency, let’s bring it back. Let’s start the #DudesGreetingDudes movement! Say hi to each other!

You see a dude in a nice suit, just roll up on him like “Damn. You wearing that suit. Hmm Hmm!” #DudesGreetingDudes

Bro, ni hao, ni hao! Where you from? China, right? I went to China once. You wanna get Chinese food sometime? #DudesGreetingDudes

“Dude you look so lonely! You waiting for your girlfriend or what? You’re too handsome to not have a girl, brah” #DudesGreetingDudes

*high-fives stranger* Damn, nice aim. You must play a lot of Halo, because you’re obviously an angel. #DudesGreetingDudes

The #DudesGreetingDudes tweets are hilarious because they’re ridiculous. After all, everyone knows men would never actually talk to each other like that.

But why wouldn’t they?

The common explanation is that street harassment—yes, including the “nice,” non-explicitly sexual kind—is ultimately about asserting male dominance over women, forcing them to give men their time and attention. It wouldn’t make sense for a man to infringe on another man’s mental and physical space in that way.

Perhaps as a result, men (as well as women) tend to confide more in women than in other men. And because prevailing social norms may make it difficult for men in monogamous relationships to have close, intimate friendships with women besides their partner, the person that they end up confiding in the majority of the time is their girlfriend or wife.

In a blog post about the Elliot Rodger shooting last spring and the conversations that sprung up around that, blogger Sarah O reflected on how these norms harm both men and women:

[Women] aren’t magical.  We’ve been trained to make connections in ways men haven’t, but, just as women have been learning how to negotiate male space and take on male roles and learn to do the things that men are taught to do in our culture, men completely have the capacity to make empathic connections with each other, to tend to their own valid, complex emotional processes, and to basically make themselves happy (or, as is the case with most women I know, at least baseline emotionally ok.

Men and women, it is really killing us.

What does any of this have to do with men coming up to random women on the street and telling them to “have a blessed day?”

First of all, I’m not entirely sure that men like Michael Che are being entirely honest—or self-aware—when they claim that these comments are meant just as random acts of kindness. Because if they were, then, like Elon James White astutely pointed out, they’d be doing that stuff for other men, too.

But let’s grant for a moment that it really is just about saying hi and connecting with another human being. Let’s grant that it is earnestly important to these men to be able to greet random strangers on the street and receive their attention. As both research and data show, it can be difficult for men to reach out to other men for things like that. When a guy is bored on the subway or while walking down the street and wants someone to brighten his day, chances are, he’s going to ask a woman.

A lot of times when I’ve been harassed in public by men I don’t know, there was nothing directly sexual or romantic about it. Often they did not even compliment my appearance. They just started trying to talk to me. Asking me what I was reading. Telling me about their life. Wishing me a “blessed day.”

Of course, in some cases this could’ve merely been a lead-up to a more sexualized sort of attention, but not always. They seemed to expect me to entertain them with conversation. They seemed to want attention, not necessarily sexual gratification or social dominance.

Why do men so rarely approach other men like this? Probably because they don’t see other men as receptive to it, and because they know that most men, just like themselves, were socialized to ignore this type of thing.

Women, on the other hand, are often socialized to tend to men, entertain them, and grant all of their requests for time and attention.

Men who approach women in this way may or may not be consciously aware of that gendered difference. It may be simple social learning—throughout the course of their lives, women have tended to pay attention to them in this way and other men haven’t, so they’ve learned to approach women and not men. A more cynical (but still probably accurate) explanation is that men know quite well that women are taught to indulge them, and so they choose women as the targets of their attempts to make conversation with strangers.

There’s also the rarely-spoken fact that many men are almost as afraid, if not as afraid, of other men as women are. If a man pesters a woman on the street, she is very unlikely to respond with physical violence. Other men are more likely to.

Over and over again we are told that men just want to “brighten” our day or make us “feel good.” But this was never about women’s feelings. If it were, then the moment mass numbers of women started speaking out about street harassment, these men would collectively go, “Oh, oops, I guess that didn’t make you feel so good.”

Instead, they insist over and over again that we actually do like it or that we’re actually too sensitive or that we would like it if only the guys were hotter or that feminism has ruined us.

Look, I get it. Commutes can be boring. Cities can be lonely. The desire to go back to some fictional idealized 1950s small town where everyone knows each other and makes small talk all day long can be strong for some people.

Photo via nickyfern/Flickr (CC BY 2.0)