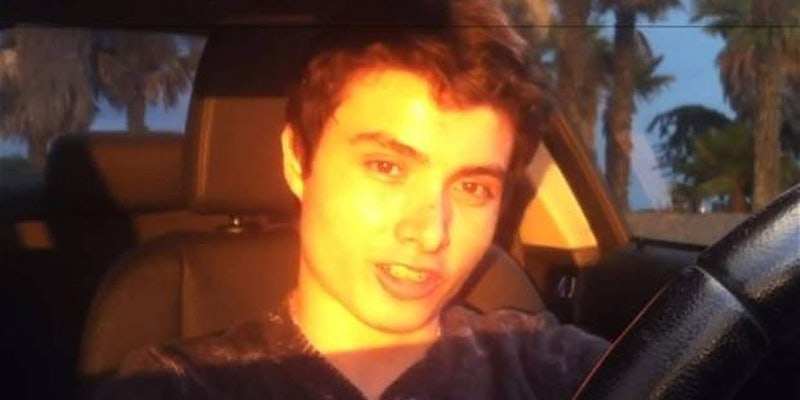 Maybe don't post publicly about how handsome a murderer was.

If you needed more proof that Twitter is a stream of subconscious thoughts that perhaps would be better kept suppressed, then here it is: A veritable hive of users are tweeting musings about how hot alleged murderer Elliot Rodger was.

I don’t understand how that Elliot Rodger’s guywas 22 anda virgin and never talked to girls etc. from what i can tell hes a good looking guy

Santa Barbara murderer Elliot Rodger was a good looking guy. His mannerisms weren’t especially odd. How did he behave 1-on-1 with females?

Elliot Rodger didnt get laid? He’s quite handsome and good-looking. Stupid news by the day!

What’s not surprising is that people think Rodger was attractive. He was attractive; quite. What is surprising is that many remain confused as to why he “couldn’t get laid” or never had a girlfriend. The answer seems incredibly obvious: Because he was intensely, insanely disturbed. Because he was the type of person who had three bodies in his apartment, and chronicled his desires to exact revenge. Because he believed he was the “supreme gentleman” and a “god” who deserved girls throwing themselves at him for his existence alone. 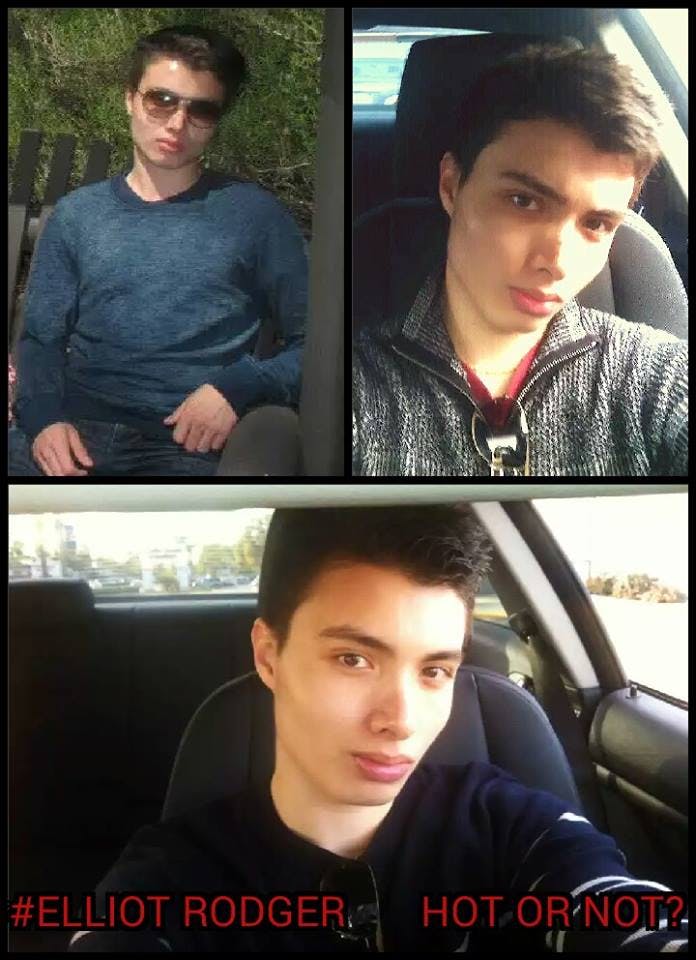 Some users tweeting about Rodger’s good looks seem to realize this.

This is going to go down like a fart in a lift but I think Elliot Rodger’s is a good looking chap. Just needed help. A lot of it. Too late.

wow elliot rodger was not good looking what the fuck, women were all like HE WAS KINDA HOT FOR A SERIAL KILLER

I kinda Think elliot rodger was good looking and had an awesome vocabulary why didn’t he get some girls for that? im not gay tbh

Apart from his odd nose, Elliot Rodger was kinda hot. Wonder why girls turned him down?

It’s not as if Rodger is the first good-looking murderer. Charles Manson was very handsome, as was Ted Bundy. But these men used their good looks to lure victims, and as part of their persona. Rodger seemed afflicted by his appearance, and the fact that it wasn’t appreciated as he thought it should be is what draws us in. The confusion is that he killed because he couldn’t attract people, yet he was so attractive.

But if you think not hard for a few seconds, you know that’s actually untrue: He killed because he was a killer. Do you think if he had a girlfriend, something else about humanity wouldn’t have driven him to “annihilation”? It’s impossible to know for certain, of course, but the extremity of Rodger’s anger and insanity likely wouldn’t have been solved by having sex or going on dates.

Per Rodger’s video announcing his plans:

I hate all of you. Humanity is a disgusting, wretched, depraved species. If I had it in my power, I would stop at nothing to reduce every single one of you to mountains of skulls and rivers of blood. And rightfully so. You deserve to be annihilated.

So that’s probably why such a good looking guy couldn’t get a girlfriend.