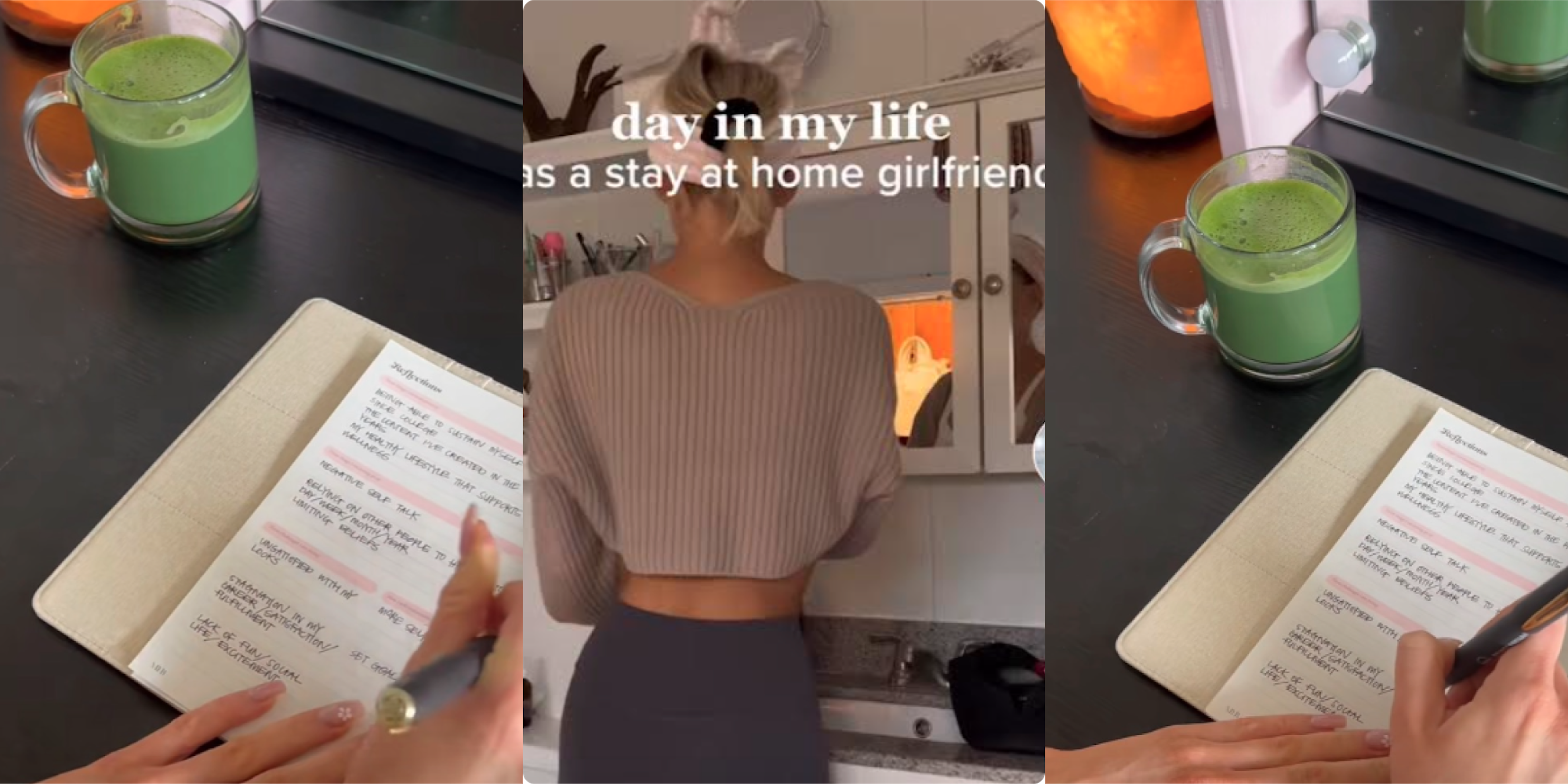 Just how far should we read into her journaling?

Day-in-the-life videos are extremely popular on TikTok, to the point of parody. They’re supposed to be aspirational, though some creators do drop the façade and get real. And sometimes you see behind the curtain.

That appears to be the case with TikToks from Kendel Kay (@kendelkay), a model and influencer with more than 450,000 followers who essentially documents her life as a “stay-at-home girlfriend.”

The original TikTok is from Sept. 20, and has more than 370,000 views. But last week it was reposted to Twitter, where it clocked more than 3.8 million views.

In the TikTok, Kay narrates her daily activities, which include journaling, laundry, and making food for her boyfriend, Luke. (It’s not clear, at least from this TikTok, what he does. His TikTok bio says “22 y/o Multi-Millionaire.”) Some of the comments on the TikTok express jealousy over her life, as well as confusion about what a stay-at-home-girlfriend is.

But Twitter always comes at these kinds of videos from a different angle. Aside from comments about how Kay sounds like “she’s not sure why she’s doing this,” other accounts zoomed in on a page in her journal, in which she writes of “lack of fun/social life/excitement” as well as being “unsatisfied with my looks.” The journal screenshot is from a TikTok posted Aug. 16, which is also about being a stay-at-home-girlfriend. (And is a sponsored post.)

Now, these are normal things for someone to journal about, even if they post TikToks that make it appear their lives are perfect. Still, people rushed to explain what they think is going on. As creator @1000mgibuprofen said in her video about the journal, the “contrast” between carefully curated aesthetic and reality is “really interesting and kind of jarring.”

“I think that was an easter egg from her,” said one commenter.

“Stay-at-home girlfriend” is a brand on TikTok; the tag has more than 132 million views, and many of these bigger creators likely have brand deals. (Kay mentions one, Bloom Nutrition, in several of her TikToks, including the journal one.)

The videos are so inescapable on TikTok that “A day in the life of a stay-at-home girlfriend” parody videos have also started circulating on Twitter and TikTok, mostly satirizing how lonely these women seem.

Is it that bleak? We reached out to Kay for comment via email.

Update Nov. 1, 9:25am CT: Kay tells the Daily Dot via email: “I think a journaling is a beneficial practice for anyone! It ideally should be [a] private place to share any thoughts, both positive and negative. When I was editing the video I assumed that people wouldn’t be able to read my journal. I think it’s rather intrusive that strangers chose to snoop through my journal entries. To me, it’s equivalent to a friend accidentally leaving her journal open and you reading her entry!”

She adds: “I think everyone has problems and if they chose to journal them out they would be able to understand that my journal entry is a not reflection of my entire life. I journal for an hour a day so that small snippet was just a blip of what goes on in my head. The TikToks I create are a much more accurate depiction of my life.”