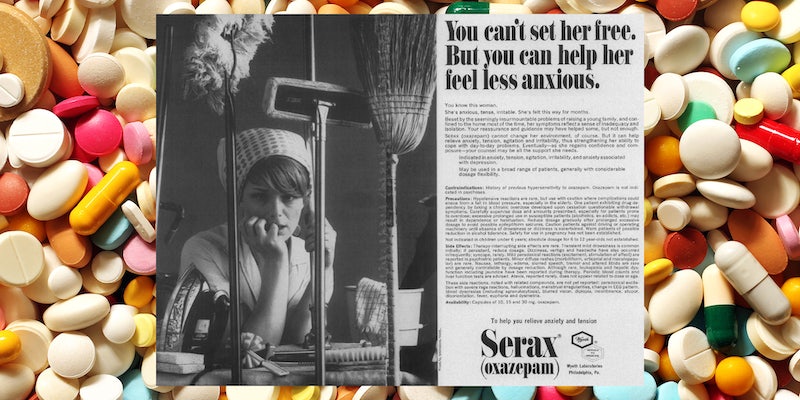 'Staying home is where it's at!'

TikTok has become an incubator for the old ways, as Gen Z evangelicals become more influential. There are creators advocating for natural birth control and there is a growing contingent of women who want to throw things back to the 1950s and be housewives.

A TikTok from Jennifer Mock (@jlmock4.0) appears to have kickstarted this latest wave of discourse around women advocating for being housewives. In the clip, Mock plays a woman from 2022 talking to a woman from the 1950s about everything she has to look forward to. On the topic of an unwanted pregnancy, 2022 Woman says you can “totally just kill the baby” but doesn’t get into Roe v. Wade being overturned. The video not-so-subtly blames modern feminism for women’s problems.

The comments on the TikTok are mostly in agreement with the creator’s sentiment. “We’ve been lowkey kinda scammed,” said one commenter. The video has more than 1 million views.

@jlmock4.0 May or may not be an actual necklace from the 50’s. 💁🏼‍♀️ #vintage #housewife #feminism #timetravel #funnyvideos ♬ original sound – jlmock4.0

But when it was posted to Twitter, the comments were a little different. And the video got more than 4 million views.

One commenter took issue with “the idea that 1950s housewives led happy, fulfilled lives,” when so many stay-at-home mothers were prescribed pills for depression, or to give them energy to do housework. Others pointed out this attempt at revisionist history as well.

This isn’t a new trend: The tradwife lifestyle was embraced by many young women in the last few years, but this return to “tradition” has also been amplified by evangelicals and fundamentalists getting more of a following. The tag #housewife has more than 1.6 billion views and #sahm (stay-at-home mom) has more than 8 billion.

We reached out to Mock for comment via Instagram DM. As a follow-up, she posted a quote attributed to feminist Simone de Beauvoir, which is often co-opted by conservatives. But it leaves out the full context of the quote, which is from a 1975 interview with feminist Betty Friedan.