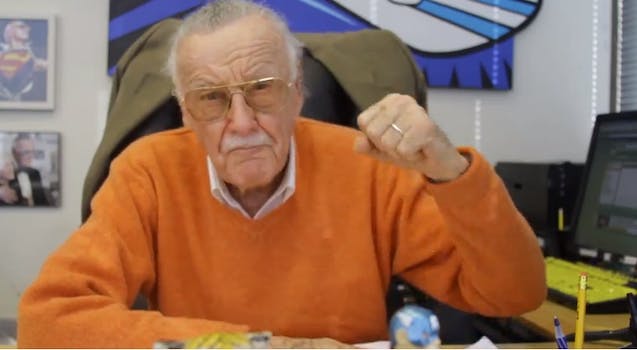 “If there’s anything you need," Lee says in the video, "just yell ‘Avengers assemble!’”

Marvel Comics icon Stan Lee has a special message for a struggling fan.

“If there’s anything you need, just yell ‘Avengers assemble!’”

That’s the touching ending to a minute he posted Jan. 16 on his newly created YouTube  channel to Bowe Cleveland, a 16-year-old student who was shot at southern California’s Taft Union High School by a fellow classmate Jan. 10.

“My thoughts and prayers are with you. … So never forget, you have a whole superhero section rooting for you.”

Lee created the video—and the YouTube channel—upon hearing that Bowe was a huge fan of Marvel Comics. He also promised to send some signed posters and comic books to lift his spirits.

So far, the video has gotten over 50,000 views and Lee has gained close to 300 subscribers.

While his personal account is a new creation, Lee is no stranger to YouTube. In July 2012, he debuted his World of Heroes channel at San Diego Comicon.