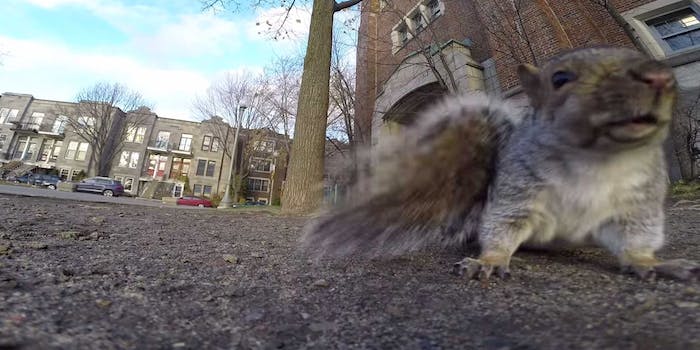 Watch your back, Spielberg.

Recently, however, a Montreal squirrel has emerged with a style at once avant-garde and visceral, true-to-life yet fiendishly disorienting. Don’t be misled by some synopsis about the piece of bread attached to the camera as enticement—this fuzzy fellow is only interested in becoming the next Werner Herzog, and seized his chance the moment it came along.

High time a rodent took the Palme d’Or at Cannes, don’t you think?