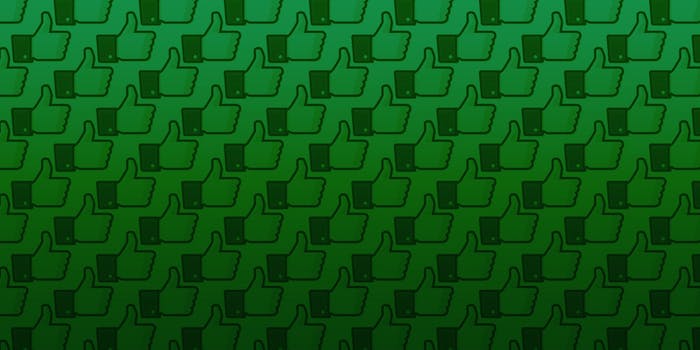 Why you should get paid to be on Facebook

Proposing a new model for social media: One where users get paid for their contributions.

“We don’t even know what it is yet.” This was the cautious ethos that guided many of our now-massive social media companies throughout their early days. It was the line said repeatedly by the “Mark Zuckerberg” character in David Fincher’s 2010 film The Social Network (based on the non-fiction book The Accidental Billionaires by Ben Mezrich). The mindset rightfully acknowledged the disruptive nature of these new communication technologies, but it also completely shirked any sort of economic or ethical responsibility.

Now, over a decade into the social media “revolution,” many of the biggest networks—with their large and engaged user bases—are attracting windfalls of money from investors. Facebook started this wave with its IPO in 2012 (and is currently valued at $190 billion). Twitter and LinkedIn soon followed (worth $31 billion and $24 billion respectively). Facebook’s acquisition spending has grown exponentially with purchases of “social” startups like Instagram ($1 billion) and WhatsApp ($19 billion). Backed by public shareholders, and faced with the near-term pressure of quarterly financial reporting, these social networks must finally figure out “what exactly they are” in an economic sense.

Much of the current debate amongst business analysts and journalists focuses on the murky waters of advertising, which strategy would be most profitable for a given network, and how to implement that strategy in an ethical way. The conversation has little to say about a major contradiction underlying this whole arrangement: That although these inflated valuations derive largely from a network’s base of users (and the data generated by their behaviors), those users aren’t seeing any of the financial/economic gains.

A popular saying among tech circles is that “when what you’re getting is free, you are the product.” Revenues from social networks’ increasingly sophisticated advertising tools are morally complicated because their sophistication derives from the “product” of over a billion people’s collective time and energy. Although users benefit from the quality and utility of a social network, a serious concern is whether or not those benefits are still proportional to the broader economic value at play.

In his recent book, Who Owns The Future? (2013), tech “guru” Jaron Lanier argues that the Internet is suffering from a case of bad accounting. Throughout his career as a computer scientist and virtual reality pioneer, Lanier witnessed first-hand the evolution of Silicon Valley’s idealistic yet unsustainable notion of “open-” and “free-” everything.

The economic disconnect can be seen in Facebook’s purchase of Instagram for $1 billion, which correspondingly valued Instagram’s 13 employees at close to $80 million apiece. Although Instagram’s employees are certainly exceptional, Lanier explains that it is impossible they are that exceptional. The truth is that a bulk of the value stems from Instagram’s passionate base of users, their free time and the labor of their filtered photo sharing. Shouldn’t users be entitled to a portion of the economic gains brought on by their very own activity?

Lanier’s novel solution is an alternative Internet architecture based on a “two-way linking network” in which data remembers its originator and compensates him or her (or it) accordingly. In this version of the Internet, if data about your browsing behavior on Facebook helps an advertiser sell a product, you should get a cut of the commission. If an English-to-Chinese translation published online helps Google Translate’s algorithm bots become a fraction of a percent more accurate, that human translator should be compensated.

Experimental thinking along these lines is beginning to seep into the mainstream. Last month, Reddit announced a $50 million round of funding along with plans to share a portion of the money with its users. This past summer saw the launch of two new social networks—Bonzo Me and Bubblews—with similar positionings grounded in compensating users for their time and output. Bonzo Me has pledged to pay users up to 80 percent of the advertising revenue on user-generated posts. Bubblews plans to give users one penny for every click, like, or comment generated by their posts.

“Social networks don’t have to be places where you feel like you’re being exploited,” Bubblews CEO Arvind Dixit recently told Business Insider.

But the question still remains: Are mainstream social network users feeling exploited? Facebook has made several unsavory missteps in recent years. These include a clandestine “mood manipulation” study (the legality of which is still being debated), relaxed privacy settings on user posts, and personalized ads that “contained endorsements from users who didn’t authorize the marketing messages” (via AP). An ad-free competitor named Ello recently gained an influx of users (and press coverage) following Facebook’s crackdown on the use of pseudonyms. Despite the controversy, Facebook’s user base and influence continues to grow, and these incidents have proved to be minor road bumps on an unceasing drive towards global dominance.

This destiny didn’t always seem so inevitable. In 2010, around the release of The Social Network, novelist Zadie Smith penned a much-discussed essay called Generation Why? that grappled with the rise of Facebook and what purpose or need it was trying to fill.

Smith writes: “When a character in [The Social Network] mentioned the early blog platform LiveJournal, the audience laughed. I can’t imagine life without files but I can just about imagine a time when Facebook will seem as comically obsolete as LiveJournal.”

Four years later, it is increasingly hard to imagine a time when Facebook will be relegated to a digital wasteland. As we share and store more of our lives on these platforms, and more of our friends and families join us there, the switching cost of leaping to a whole new network becomes insurmountable. The recent windfall of investor money into these networks may only serve to strengthen this predicament.

And if indeed we—the users—are increasingly “locked” into mainstream services like Facebook, maybe the idea that they would start paying their hostages is just wishful thinking.