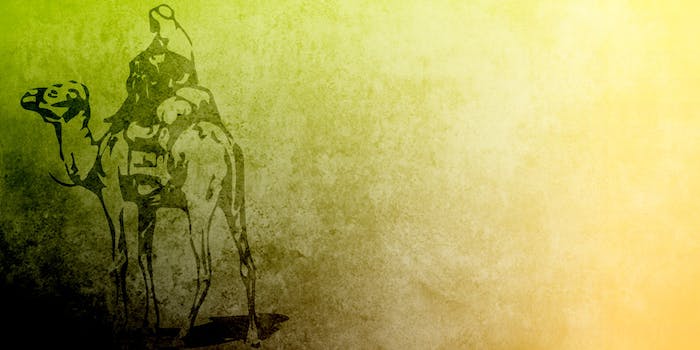 The leader of Silk Road, the most notorious black market on the Dark Net, paid a doctor to help keep the site’s customers healthier, safer, and better informed—even if it meant quitting drugs all together—according to new documents filed in court this weekend.

Ross Ulbricht, who was convicted in February of operating Silk Road under the pseudonym Dread Pirate Roberts, paid Dr. Fernando Caudevilla $500 per week for his services.

Caudevilla, a Spanish physician specializing in drugs and addiction, only stopped receiving paychecks when Ulbricht, who now faces life in prison, was arrested by FBI agents in October 2013.

Caudevilla made a name for himself as DoctorX beginning in early 2013, when he offered free professional advice to the drug users of Silk Road. Unlike almost everyone else on the website, DoctorX revealed his real identity from the start. 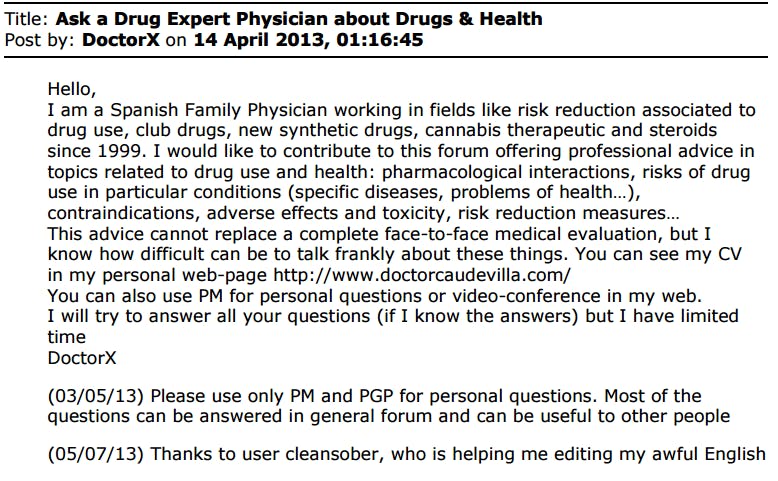 “Dread Pirate Roberts never censored my views or advice in any way,” Caudevilla wrote in a sworn statement, “even when I espoused views that Silk Road users should not use or buy certain drugs sold on the site (particularly Legal High or Research Chemicals, new synthetic drugs that have not been tested in humans and that have a higher potential for harm compared with other drugs), discouraged drug use, or helped Silk Road customers to reduce or cease drug use entirely.”

Both argued that Silk Road was a dramatic and conscientious improvement over all other options for the drug users who patronized it.

After five months of purely volunteer work, Caudevilla let Roberts know that “the time commitment required to answer all questions and keep up with the forum thread had become too great.”

Immediately, according to chat logs provided to the court, the man behind Silk Road offered a $500 paycheck to keep Caudevilla working on Silk Road. 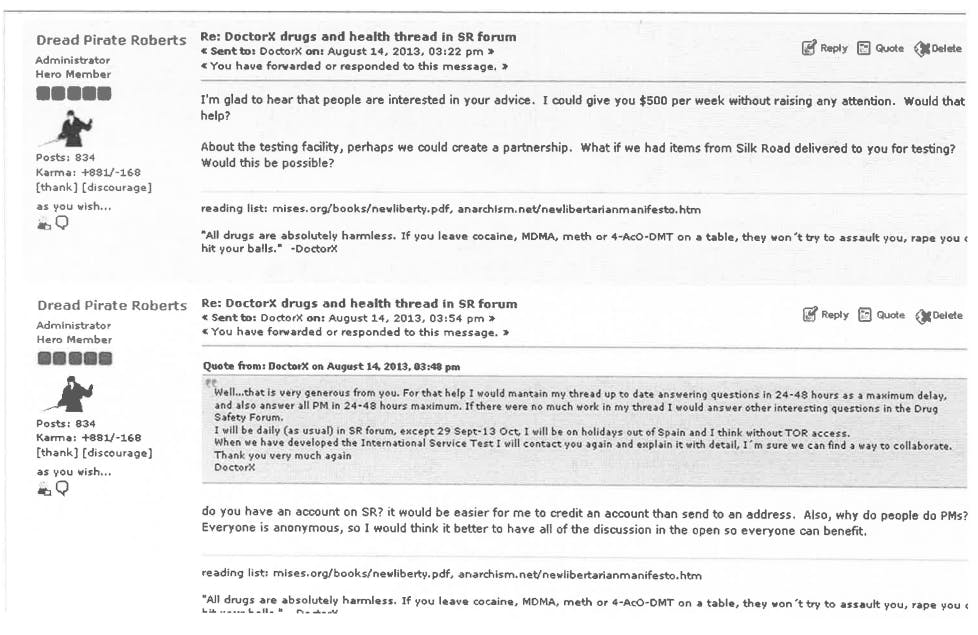 A $500-per-week salary was about the starting point for full-time workers who acted as administrators on Silk Road’s forums and other jobs necessary around the site. For Caudevilla, it would be for only part-time hours.

Roberts, however, obviously recognized the value of having a trusted—many would say beloved—medical professional operating on the site and was willing to pay to keep him on board. Caudevilla accepted the offer and took the money—paid in Bitcoin, of course.

“He’s amazing. A gift to this community,” one user wrote about DoctorX on the Silk Road 2.0 forum. “His knowledge is invaluable, and never comes with any judgment.”

The leader of Silk Road had bigger plans, too. Dread Pirate Roberts sought a partnership with Caudevilla “to send the drugs sold on the Silk Road out to laboratories for independent testing as part of an effort to ensure that only safe, non-toxic substances were being sold on Silk Road,” Caudevilla explained.

Caudevilla and Roberts agreed that the plan was good, so DoctorX began developing a drug-testing project, now known as Energy Control, that would help Dark Net customers know how safe their purchases were.

“At the time the Silk Road website was shut down by law enforcement, we were still working on the project,” Caudevilla says in his statement.

Today, Energy Control provides just such an anonymous drug testing service for Dark Net users. Since the fall of Silk Road, Caudevilla’s work and that of his professional successors has attracted greater attention around the world.

The verdict, as Caudevilla said earlier this year, is clear: Drugs from the Dark Net are “much higher quality” than what you’re going to find on the street. That means a better high, sure, but Caudevilla says it also means they are safer because they’re less likely to be cut with dangerous extra ingredients.

These are the kinds of facts that Ulbricht’s defense team hope will earn him some leniency in sentencing.

It’s been nearly two years since Ross Ulbricht was arrested and Silk Road fell. Although many other high-profile arrests of Dark Net users have followed, the black markets continue to grow.