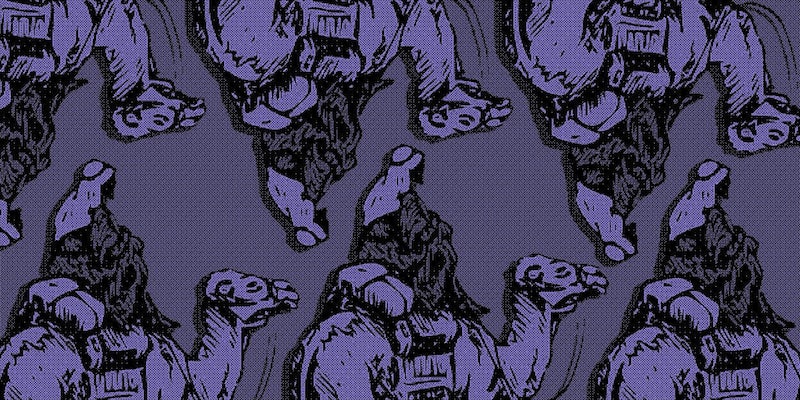 Did someone tell Silk Road’s competitors that the feds were closing in?

Who tipped off Atlantis?

Were the Dark Net’s biggest kingpins tipped off weeks before the big Silk Road bust made headlines around the world?

One of Silk Road‘s biggest competitors shut down just days before the bust and a federal informant told the Daily Dot that rumors were flying across agencies for weeks about the impending arrest.

The long-awaited trial of Ross Ulbricht, accused of being the mastermind behind the Silk Road black market, began on Tuesday in New York City. Already, the case has sparked huge new questions about the massive, years-long federal investigations into Dark Net black markets.

Defense attorney Joshua Dratel admitted for the first time that Ulbricht did create the Silk Road as “an economic experiment” but said that he handed it off to others after just a few months of operation. It was only in the final weeks of its existence that Ulbricht says he was “lured” back because, unbeknownst to him, the site’s owners were tipped off that a police investigation was closing in.

Silk Road’s “real” owners—the ones who the defense says committed all the crimes that Ulbricht is now charged with—were alerted about the police investigation, Dratel asserted in opening statements.

That’s a big claim. If it sounds far-fetched—after all, the trial has just begun and Dratel hasn’t presented any evidence as of yet—you need to know about the very real, very sudden disappearance of one of Silk Road’s biggest competitors: Atlantis.

By September 2013, just one month before Ulbricht was arrested, Atlantis was known as one of the most professionally run black markets to ever hit the Internet. It was growing fast, gaining a good reputation, and seemed to be making plenty of cash.

Then, all of a sudden, Atlantis shut down.

“We have some terrible news,” the site’s owners wrote on Sept. 20, 2013. “Regrettably it has come time for Atlantis to close its doors.”

Atlantis’s users were blindsided. None saw it coming.

The Atlantis team cited “security reasons outside of our control” and said “the urgency” of the shut down was so extreme and “100 percent necessary” that the shutdown had to come almost immediately.

Within a week, Atlantis had been wiped off the Internet, and its unknown owners sank back into the shadow from whence they came.

Just days after the Atlantis shut down, a massive federal investigation crashed down upon Ross Ulbricht and charged him with an array of drug- and hack-related felonies, as well as a murder-for-hire charge.

“It can’t just be a coincidence, right?” one anonymous user wrote.

The sudden suspiciously timed disappearance of Atlantis begs all sorts of questions and, above all else, makes Dratel’s argument look suddenly much more plausible.

If Atlantis was tipped off by law enforcement, then why couldn’t the much larger and richer Silk Road also receive a tip?

There’s a deep and murky well of speculation to dive into when asking why the tip might have been made.

There’s another key factor to be considered: Steven Sadler, also known as Nod, one of Silk Road’s most successful cocaine and heroin dealers of all time.

Sadler was arrested in July 2013 and flipped to work as a federal informant with Homeland Security in their investigation against Silk Road.

In an interview with the Daily Dot, Sadler said that in the weeks leading up to Ulbricht’s arrest, he was told a rumor by a cop that the Silk Road investigation had closed in and was about to end.

Sadler himself didn’t even believe the rumor until he finally heard news of the FBI’s bust.

The tip-off to Sadler shows that news of Silk Road’s demise had been traveling for weeks before the actual arrest was made. Moreover, the news had crossed into different agencies and even hit the ear of an informant and potentially other non-law enforcement individuals.

If even Sadler, a relatively new informant working for other law enforcement agents, was able to hear that Silk Road would soon be busted, did someone else have an interest in tipping “the real” Dread Pirate Roberts off?

It will be up to Dratel to convince the jury that this line of thinking provides the foundations for reasonable doubt that would lead them to deliver a not-guilty verdict.

The prosecution, on the other hand, will want to minimize the impact of Atlantis’s departure from the Dark Net.

They could point to the fact that many black markets have come and gone since Silk Road, so perhaps they can convince jurors that it was just a matter of numbers: Someone was going to close up shop before the cops brought the hammer down.

But that argument misses a key facts. Many black markets came and went after Silk Road fell—but before it, the turnover rate was far, far lower. In truth, the numbers don’t play well at all with this line of reasoning.

There’s likely no way of knowing for sure exactly what caused Atlantis to disappear just days before federal law enforcement came crashing down upon the Dark Net, but there are at least two ways of thinking about it: Either Atlantis haphazardly won the lottery and just happened to get out of the government’s crosshairs at the right time—or, maybe, they were explicitly told to get out of the crosshairs.

If Atlantis was told about Silk Road’s impending doom, who talked? And who else did they talk to?