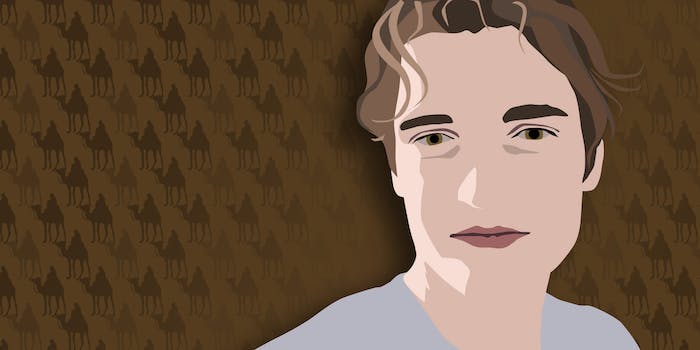 This is the first time Ulbricht has admitted to creating Silk Road.

For the first time, Ross Ulbricht has admitted that he invented the Silk Road.

Ulbricht’s defense, which entered a plea of not guilty to seven felony charges, claimed that he came up with the idea as “an economic experiment” beginning in 2009. Silk Road launched two years later.

According to Ulbricht’s defense attorney, however, he gave the site up just months after it launched in 2011 and was not ultimately responsible for growing it into the largest illegal drug market to ever exist on the Internet.

Instead, Ulbricht claims he was the scapegoat for Silk Road’s real masterminds.

During the first day of trial in the U.S. government’s case against Ulbricht on Tuesday, defense attorney Joshua Dratel said Ulbricht “did invent the Silk Road.” Contrary to the prosecution’s claims, Dratel says Ulbricht never went by Dread Pirate Roberts (DPR), the pseudonym used by Silk Road’s outspoken administrator. Instead, Dratel said, running the digital blackmarket, which operated for more than two years before the FBI shuttered it in late 2013, was “too stressful after a few months, and he handed off to others.”

Dratel also argued that Ulbricht lived far too poorly for someone who allegedly made hundreds of millions of dollars through commissions of illegal drug sales through Silk Road.

“Ross Ulbricht and Dread Pirate Roberts were a contradiction so dramatic that it will run against all common sense,” Dratel told the court.

Adding credence to the defense team’s version of events is the fact that no one going by Dread Pirate Roberts appeared on the Silk Road until months after its creation.

Dratel’s assertion that multiple people assumed the Dread Pirate Roberts name matches claims by a person going by the DPR name. In August 2013, someone claiming to be DPR told Forbes‘s Andy Greenberg, “I didn’t start the Silk Road, my predecessor did.”

“He was well compensated and happy with our arrangement. It was his idea to pass the torch in fact,” DPR added. “We met through the site.”

It is this version of events—or something like it—that Dratel is using to defend Ulbricht, who faces a slew of charges that include drug trafficking, distribution of drugs over the Internet, computer hacking, money laundering, and fraud.

Timothy Howard, who gave the prosecution’s opening statement, said Ulbricht earned $18 million on over 1 million drug deals. He emphatically and repeatedly pointed Ulbricht out in court to the jury and said he was “like any other drug boss.”

FBI agents apprehended Ulbricht at a San Francisco library in October 2013. According to Howard, agents followed him there before handcuffing him and seizing his laptop, which they claim was logged into the Silk Road. He was allegedly having a conversation with an undercover agent going by the name Cirrus at the time of his arrest.

In Dratel’s version, Ulbricht was a “naive” idealist who was duped into rejoining the Silk Road team prior to the FBI bust. Dratel says the team found out about the investigation by paying police officers to tip them off to any investigation into the site’s activity.

Rumors of a police tip-off abounded in the time surrounding the FBI’s shuttering of Silk Road due to the abrupt shutdown of competing Dark Net black market Atlantis. The operators of Atlantis, which closed down just before the takedown of Silk Road, claimed that there was too much police activity to safely continue.